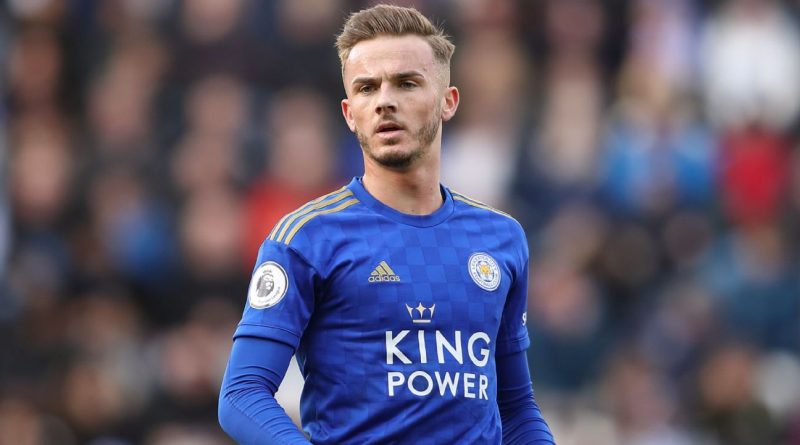 Leicester City midfielder James Maddison is close to signing a lucrative new deal with the Foxes, according to the Daily Telegraph.

The England international has been linked with a move to Manchester United — with sources telling ESPN as far back as last summer that Old Trafford chiefs were monitoring Maddison — as well as several other top European clubs.

Now, though, the 23-year-old’s representatives are in ”advanced negotiations” with the club as they edge closer and closer towards getting this over the finish line.

This would mark a watershed moment for Leicester and Brendan Rodgers, showcasing their ability to hold onto big stars as they close in on a return to the Champions League.

United will likely need to bolster their midfield options this summer, with the future of Paul Pogba continually a source of speculation and Nemanja Matic‘s contract due to expire at the end of the season.

13.29 GMT: Valencia coach Albert Celades has confirmed his team is in the market to sign a centre-back after losing Ezequiel Garay to a season-ending knee injury.

Garay underwent surgery to reconstruct his right ACL, the club announced on Twitter.

“We are open to signing a player because we have that possibility,” Celades told reporters. “Although whoever we sign will not be able to play in the Champions League or any other UEFA competition.”

12.41 GMT: Inter Miami have yet to pay the $19.6m transfer fee to Monterrey for Mexico international Rodolfo Pizarro, according to Televisa.

Televisa report that the new MLS franchise has yet to deposit the money after an agreement was reached between the clubs at the weekend.

Inter Miami coach Diego Alonso has been pivotal in convincing the 25-year-old midfielder to move to the MLS.

Pizarro, who is under contract with Monterrey until 2023, has scored two goals in 13 league appearances this season.

11.52 GMT: Atletico Madrid have begun negotiations with a view to signing Barcelona midfielder Ivan Rakitic in the summer, according to Cadena Ser.

Rakitic, who is tied to Barcelona until June 2021, was close to leaving the Catalan giants last month.

Juventus reportedly offered a swap deal to Barcelona that involved their attacking midfielder Federico Bernardeschi, however, Barcelona rejected the offer.

Rakitic, 31, has made 16 league appearances for Barcelona this season.

Asked if he had considered leaving Barcelona in the winter transfer window, the Croatian international recently said: “Yes, you always have to consider it. It’s been a complicated time but as I’ve always said, if I can play, I want to be here and enjoy it.”

Asked if he knows what will happen this summer, he said: “We’ll see if we can make magic.”

The Nigeria striker, 30, moved to Old Trafford from Chinese side Shanghai Shenhua until June but there is no option to buy in his agreement.

Sources told ESPN previously that Shanghai Shenhua also received an offer from Tottenham for the striker but Ighalo chose United because it was the club he supported as a child.

10.30 GMT: With Liverpool 22 points ahead and the end of the season not yet in sight, Manchester City are already planning how they can strengthen their side this summer.

One player the club have identified has a potential target is Villarreal defender Pau Torres.

The hierarchy, led by director of football Txiki Begiristain, have identified the centre of defence as a key area to strengthen ahead of next season and Torres, 23, could be one of two centre-backs to arrive.

Vincent Kompany‘s departure in the summer has led to midfielder Fernandinho spending most of the campaign in defence, while there are also doubts over the futures of Nicolas Otamendi and John Stones.

9.43 GMT: Borussia Dortmund and Emre Can are a “perfect match,” Liverpool manager Jurgen Klopp has said.

The 52-year-old led Borussia to two Bundesliga titles almost a decade ago and coached the Germany international during his early years at Anfield.

Having not seen much of the pitch at Juventus, the club he joined from Liverpool on a free transfer in 2018, Can moved on to the Westfalenstadion last week and has been called up to the club’s squad for the cup match at Bremen on Tuesday.

“I am happy for BVB and Emre Can. It’s a win-win situation. Emre is just a perfect match for this club,” Klopp said.

“BVB got a top lad, a wonderful, versatile footballer with an outstanding attitude,” he added, and tipped Borussia for glory in the second half of the Bundesliga.

“I trust them to achieve a lot in the Ruckrunde with Can and (Erling) Haaland.”

Van Dijk, 28, became the world’s most expensive defender when he joined from Southampton in January 2018, while Alisson briefly held the same distinction among the world’s goalkeepers when he was signed from Roma the following summer.

The Sun claimed on Monday that Italian giants Juventus are lining up a £150m bid for Netherlands international Van Dijk. However, The Independent reports that European champions Liverpool are confident that they can keep hold of all their key players and they expect Van Dijk and Alisson to commit their futures to the club.

08.47 GMT: Paris Saint-Germain coach Thomas Tuchel has played down reports of a row between him and forwards Kylian Mbappe and Neymar.

France international Mbappe took issue with the German substituting him during Saturday’s 5-0 home win over Montpellier in Ligue 1, while Tuchel did not attend Neymar’s 28th birthday party on Sunday.

“We must be clear,” Tuchel said. “I decided to not attend Neymar’s birthday. That was my choice. It was not against him — it was the best thing to not be there.”

Tuchel also denied there was any issue with either Neymar or Mbappe, who have been respectively linked with a return to Barcelona and a huge £250m move to Real Madrid.

“There is no crisis,” he said. “Personally, I am not annoyed. I am a coach and Kylian and Neymar are both top players. You have to handle players as part of a strong team, not a divided one.

“I am not angry with either of them. There are times when a relationship between the player and coach is easier, but that is normal.”

Asked if he thought his public clash with Mbappe during the 21-year-old’s substitution against Montpellier could lead to a summer exit, Tuchel rejected the idea.

“I refuse to believe Kylian will use this episode to try to leave the club this summer,” the former Borussia Dortmund boss said. “He has a contract and is our player.”

08.00 GMT: Atletico Madrid and Roma are leading the chase for Jesse Lingard if he leaves Manchester United, sources have told ESPN.

Lingard would like to stay at Old Trafford but has not ruled out moving on if it helps him rediscover his best form.

The 27-year-old has 18 months left on his contract, as a well a one-year extension option, and there have been informal discussions over a new deal. But Lingard remains open to the possibility of leaving United with Atletico and Roma having already registered their interest with his representatives, which now includes super agent Mino Raiola in a consultancy role.

Manager Ole Gunnar Solskjaer is keen to keep hold of a player who he sees as a vital part of United’s future. But Lingard is also beginning to feel abuse aimed at him, particularly on social media, is becoming too much and a fresh start somewhere else may be a viable option.

The popular Frenchman has joined Colossal Sports Management, with many fans noting that Raheem Sterling and Alex Oxlade-Chamberlain are also both represented by them. While it could be nothing more than a power play, it’s certainly caused a great deal of speculation.

Coman has already accomplished a great deal in his career and with a stint in England clearly still being on the bucket list, it could make things interesting once the summer transfer window rolls around.

Sky Sports News is reporting that the transfer of Erling Haaland to Manchester United could still be possible.

The popular Norwegian was heavily linked with a switch to Old Trafford during the January transfer window courtesy of his phenomenal start to the season. Alas, he wound up choosing Borussia Dortmund, making the jump over to the Bundesliga.

Now, though, the report suggests that an agent told Sky Sports the youngster will one day play in the Premier League, and that the move to Germany is more of a stepping stone move than anything else.

Ivan Rakitic made his thoughts known about his status at Barcelona, saying that he tried to move on during the winter transfer window. Now league rivals Atletico Madrid have emerged as a possible destination in the summer.

The Croatian star turns 32 in March and has a contract at Barca until 2021, so the Catalan club must act this summer if they seek to get anything in exchange for him.

According to Spanish outlet Cadena SER, the capital club are looking at bidding for Rakitic’s services in the upcoming window — with the report saying he is a priority for Los Colchoneros.

If Rakitic does make the move, it would be the third La Liga side in his stellar career, having spent four seasons at Sevilla prior to his switch to Barcelona in 2014.

– Chelsea manager Frank Lampard is interested in signing Burnley goalkeeper Nick Pope as a replacement for Kepa Arrizabalaga, Daily Express reports. The Spaniard was dropped at the weekend after a string of poor performances, and now, Lampard is willing to sell if the right offer comes in –with Pope being at the top of his wishlist if that moment comes.

– Daily Mail is reporting that Manchester United were interested in signing Brighton forward Glenn Murray during the January transfer window. The veteran forward, 36, may not be banging goals in like he used to in the Premier League, but he’s certainly still a handy option to have around — and the former United fan was actually on their radar before landing on Odion Ighalo. 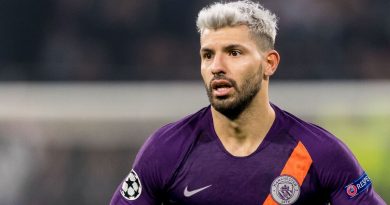 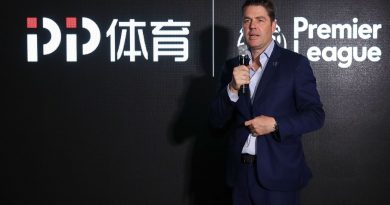 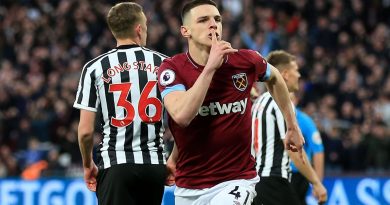