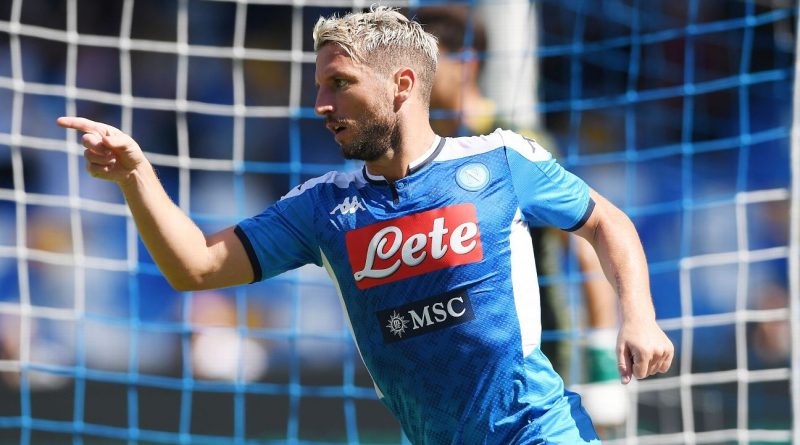 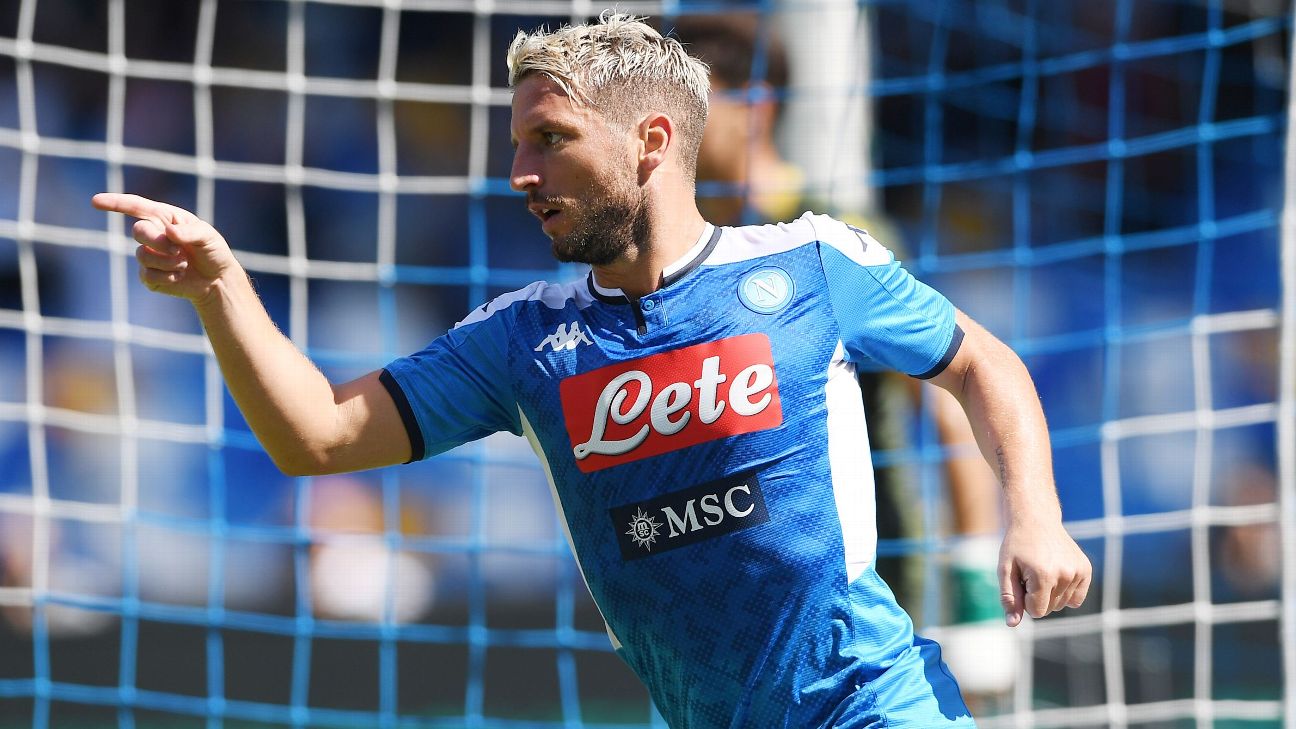 Napoli star Dries Mertens is unlikely to sign a contract extension at the club, reports the Daily Mail, and the news has alerted Arsenal, Chelsea and Manchester United to the Belgian’s availability this summer.

Mertens is available to leave the Italian side on a free transfer at the end of the season should he turn down the contract extension offered to him, which is what the outlet suggests will happen.

Mertens was linked with several clubs in January, including Chelsea, and the fact that he didn’t leave suggested that he was keen to stay in Italy. Reports in Italy say that Napoli have offered Mertens £3.3m a year but that the player wants £6.3m a year, and that talks between club and player are not going well.

Inter Milan are also said to be interested in Mertens’ services, which could see multiple clubs scrambling for his signature come the summer.

– Transfer grades: All the big moves rated
– When does the transfer window reopen?
– All major completed transfer deals

10.03 GMT: England youth goalkeeper Brad Young is on the radar of Chelsea. says the Sun.

Young, 17, is also being tracked by Arsenal and Manchester United as he continues to impress with Hartlepool. Former Chelsea keeper Ross Turnbull is Hartlepool’s goalkeeping coach so that probably gives the Blues the edge though.

09.30 GMT: Andriy Lunin says he still doesn’t know if he will play at Real Madrid next season. The Ukraine international goalkeeper joined Real Oviedo on loan in January after Real Madrid ended early his loan spell at Real Valladolid due to a lack of playing time. Lunin made just five appearances for Leganes while on loan from Real Madrid last season.

Asked if Real Madrid had spoken to him about being Thibaut Courtois’ understudy at the club next season, the 21-year-old told Onda Cero: “No. But we are in contact. I’m in contact with some directors and the goalkeeping coach.

“For me it was hard because I wanted to play, I want to continue to grow. Now I’m playing. To play for Oviedo is a pleasure.”

08.54 GMT: Arsenal midfielder Mesut Ozil has said that he doesn’t know what his future holds once his contract with the club ends next year.

The former Germany international, 31, has a year left on his contract after a tumultuous seven years at the club and has been linked with a move to Major League Soccer to play for D.C. United.

“After this season I have one more year and after that I don’t know what will happen because I can’t see the future,” Ozil told reporters at Arsenal’s midseason training camp in Dubai. “What I can do is give everything for the team, for myself, to be successful and let’s see what happens in the future.”

Chukwueze, 20, has a contract with the La Liga outfit until June 2023. Villarrreal earlier this season increased his release clause to almost €100m.

The Nigeria international has played 60 official games for Villarreal since making his first-team debut in 2018, and has scored three goals and set up three more in 22 league appearances this season.

08.00 GMT: Manchester United’s executive vice-chairman Ed Woodward has said the summer transfer window represents an “important opportunity” in the club’s bid to build a squad capable of challenging for the Premier League and the Champions League.

United splashed out to sign Sporting Lisbon midfielder Bruno Fernandes in January and Woodward has told fans there will be more money available to manager Ole Gunnar Solskjaer at the end of the season.

“Our recruitment process focuses on analysis and selection of players over the course of a season, with a view to the following summer transfer window,” Woodward said. “As part of the rebuild we see this coming summer as an important opportunity.

“There has been no shortage of investment in players over the past few years, with over £200 million spent since Ole became manager. Our aim is to ensure that we continue to achieve consistency in quality of recruitment.

“The recruitment department is working to a clear plan and philosophy, along with Ole and his coaching staff. Our focus is on bringing in a combination of experience and the best young players with potential to develop further, fusing graduates from our academy with high-quality acquisitions.”

– Ogden: If Pogba leaves, United must take the blame

Barcelona refusing to give up on Willian Jose

Barcelona are desperate for strike cover with Luis Suarez and Ousmane Dembele both missing for extended spells through injury, and despite Real Sociedad’s financial demands for Willian Jose, the Blaugrana aren’t willing to give up on their preferred target, reports Marca.

Barca have looked into other options, but the Brazilian remains their No. 1 target and they’re keen to complete the signing before the end of the week. Dembele is set to undergo surgery on Tuesday and Suarez is already sidelined until the end of the season. Barca could be able to proceed with the signing of a new striker if the incoming player is based in Spain and if the Spanish Football Federation gives them permission.

Jose’s buyout clause is €70m, which is too much for Barca. The price is said to be negotiable, but the club has a lot of work to do to make the deal happen.

Tottenham boss Jose Mourinho is planning a summer of change in north London, and in particular he is looking to replace his defence, reports the Express.

The Spurs manager is looking to spend £120m on rebuilding his back line, and at the top of his list is Benfica’s Portugal international centre-back Ruben Dias. Mourinho is also keen to sign Bournemouth’s Nathan Ake alongside him.

Mourinho is also interested in signing Norwich’s in-demand full-back Max Aarons on one side and Nice’s Youcef Atal on the other. The two could cost around £40m between them.

The news could spell the end for experienced pros Toby Alderweireld and Jan Vertonghen. Alderweireld’s contract runs out in the summer and, ultimately, Mourinho wants more pace in his defence.

Spurs could face competition from Liverpool and Manchester City for Dias, while his buyout clause of £80m also could prove to be a stumbling block.

Juventus are plotting a move to take Manchester City boss Pep Guardiola to Turin, with money not an object, reports the Sun. They’re also keen to spend up to £150m to land defender Virgin van Dijk to lure the former Barcelona coach to the Serie A holders.

Juve appointed Maurizio Sarri only last summer, but club bosses are desperate to appoint Guardiola, and they’re prepared to spend whatever it takes to get him. President Andrea Agnelli believes Guardiola is the missing link when it comes to Juve lifting the Champions League.

Guardiola is on around £15m a year at City and insists he wants to stay, but Juve believe there is a chance of signing him until he puts pen to paper on a contract extension.

– Monterrey sporting director Duilio Davino seemed to make a not-so-veiled reference to Inter Miami’s protracted pursuit of striker Rodolfo Pizarro. He told reporters in Monterrey’s airport: “Without doubt it is an uncomfortable situation — it seems to have been badly managed. FIFA don’t allow clubs to talk to players with a contract — it’s worrisome. In the end, the player will decide. We want him to stay, but we can’t make him be here, so the decision will be his.” As usual, watch this space.

– Henrikh Mkhitaryan will return to Arsenal this summer unless the Gunners reduce his asking price, reports the Sun. The London club are asking for £20m for the Armenian, and while he’s keen to stay at loan club Roma, the Italians aren’t prepared to meet the fee. That would leave Arsenal needing to find another buyer for a player who doesn’t appear to figure in boss Mikel Arteta’s short or long-term plans.

– Watford star Abdoulaye Doucoure believes he’ll join a Champions League club in the summer and that his employers won’t stand in his way. That’s from the Mirror, which adds the French midfielder has been a target for Paris Saint-Germain and Everton in previous windows, and with Doucoure in fine form in recent weeks, he believes he can secure a big move when the season ends. 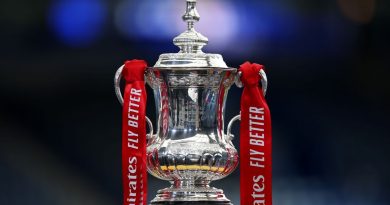 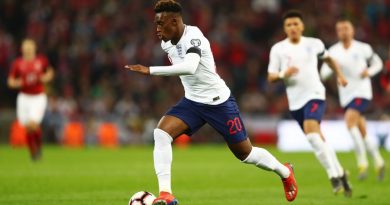 Mar 26, 2019 ayman022 Comments Off on The future: Hudson-Odoi leads five debutants who impressed on international duty