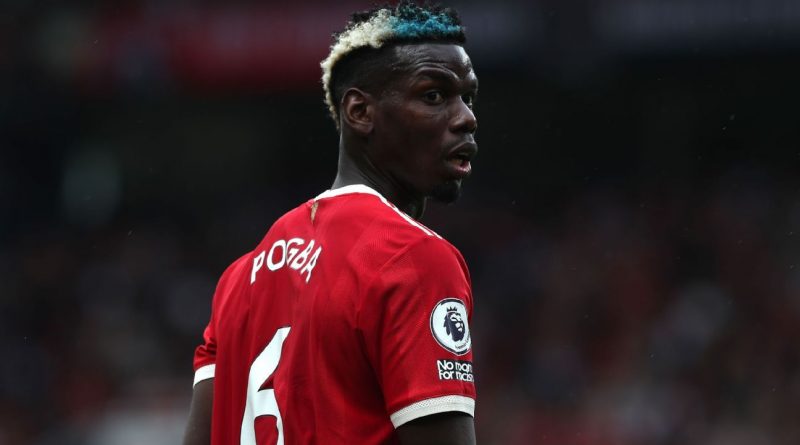 The summer transfer window is into its final month for the major European leagues, which means the biggest clubs are looking to make a splash in the market before the new season begins. Check out the latest gossip below, and see all official deals here.

Paul Pogba will stay at Manchester United this season, but he intends to run his contract down to set up a dream move to Real Madrid, according to the Daily Star.

The outlet says the France star intends to join up with international teammate Kylian Mbappe at the Santiago Bernabeu as part of a treble swoop that will see Real Madrid also target Borussia Dortmund‘s Erling Haaland next season.

Pogba has just 12 months remaining on his current deal, and he was previously linked with a move to Paris Saint-Germain, with reports claiming that Manchester United would demand a fee of £50 million to avoid missing out on a significant transfer sum.

But with the 28-year-old now eyeing a move to LaLiga, Ole Gunnar Solskjaer’s side could have no choice but to respect the player’s wishes if he decides to honour the remainder of his contract.

The playmaker was unplayable on the opening day of the season, registering four assists in United’s 5-1 victory over Leeds.

10.52 BST: Chelsea striker Tammy Abraham will arrive in Rome on Sunday to complete his move to Roma, the BBC reports.

Abraham was Chelsea’s joint-top scorer last season with 12 goals in all competitions, but he found first-team opportunities hard to come by once Thomas Tuchel took over as manager in January.

Following Romelu Lukaku’s return to Stamford Bridge, Abraham was told to find another club and he is set to link up with former Chelsea boss Jose Mourinho in Serie A.

The BBC reports that the 23-year-old England international will undergo his medical before completing a £34m transfer which includes a £68m re-sign clause, which comes into effect in two seasons’ time.

10.09 BST: There were big moves last night in Italy, too, where Serie A champions Inter Milan announced two signings with Edin Dzeko joining from Roma and Denzel Dumfries arriving from PSV Eindhoven.

Dzeko, 35, scored in a 3-0 friendly win over Dynamo Kiev on Saturday and is seen as a replacement for Romelu Lukaku at Inter, following the Belgian star’s return to Chelsea, and leaves Roma after a successful six years at the club.

Dumfries, meanwhile, impressed at Euro 2020 for Netherlands, scoring two goals. The 25-year-old leaves PSV after three seasons at the club.

🚨 | ANNOUNCEMENT@EdDzeko is an #Inter player ⚫🔵

United unveiled Varane, who penned a contract to 2025 in a transfer worth €41m, at Old Trafford ahead of their matchagainst Leeds United. He wasn’t in the squad for the match, which his new team won 5-1, as he hasn’t trained with the side yet.

“Manchester United is one of the most iconic clubs in world football and the chance to come here and play in the Premier League is something I couldn’t turn down,” he said in a statement.

“There is a lot more that I want to achieve in my career and I know I’m joining a squad full of great players who will all have the same determination to win matches and trophies. Having spoken to the manager I can see how much progress has been made over the last few seasons and I now join a group ready to play at the highest level.

“I want to make an impact here and I will give everything to become part of this club’s illustrious history.”

– Dawson: Fernandes, Pogba get United’s season off to perfect start

Costa had been without a club since December following his departure from Atletico Madrid after the LaLiga champions agreed to the Brazil-born player’s request to rescind his contract. It was his second spell at Atletico Madrid, having earlier played for the club from 2010-14.

The enigmatic striker joins Atletico Mineiro, who defeated second-placed Palmeiras 2-0 earlier on Saturday and extended their lead at the top of Brazil’s Serie A to five points.

– Odsonne Edouard is attracting interest from Ligue 1, with Nice reported to be preparing a bid for the Celtic star. Football Insider writes that a number of clubs have registered their interest in the 23-year-old, but it is the French side who are expected to make their move imminently. Ange Postecoglou’s Celtic had previously wanted £40m for their hitman, before their asking price was dropped to a fee expected to be in the region of £20m.

– Sky Sports writes that Liverpool defender Ben Davies is set to join Sheffield United on loan for the rest of the season. The report claims that the Blades were keen on the former Preston centre-back and tried to negotiate an option to buy, but Jurgen Klopp’s side have no intention of selling the 28-year-old on a permanent basis. The deal is expected to be completed next week.

– Lorenzo Insigne‘s agent has played down a potential move to Zenit St Petersburg, according to Calciomercato. The player currently has a year left on his deal, which has seen ignited interest from around Europe for the Napoli winger. Arsenal and Atletico Madrid are two of the clubs who have been circling, but they could face competition from Internazionale, who also would like to add the Italy international to their ranks.

– Sampdoria‘s Mikkel Damsgaard could yet leave Serie A, with multiple clubs interested in the 21-year-old’s services. Calciomercato writes that Tottenham Hotspur and Aston Villa are two sides who are at the front of the queue, but it is believed that a fee of €35m will be required for a bid to be accepted by the Italian club. Damsgaard was a standout performer at Euro 2020 with Denmark, scoring a free kick against England in the semifinals.

– Dario Benedetto could be set for a move to Real Betis, with Le10Sport writing that his next move has been decided. The Marseille striker is reported to be heading to LaLiga on a loan deal after being unable to win a place in the starting XI over former Napoli striker Arkadiusz Milik. The 31-year-old scored five goals last season in 32 appearances for the club while registering three assists. 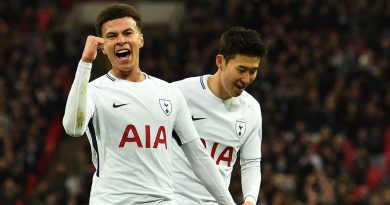 May 10, 2018 ayman022 Comments Off on Tottenham must be ready ‘to die’ for Champions League spot – Mauricio Pochettino 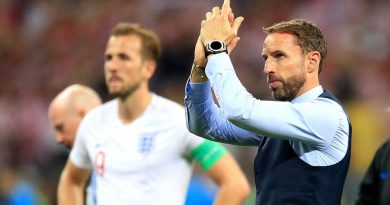