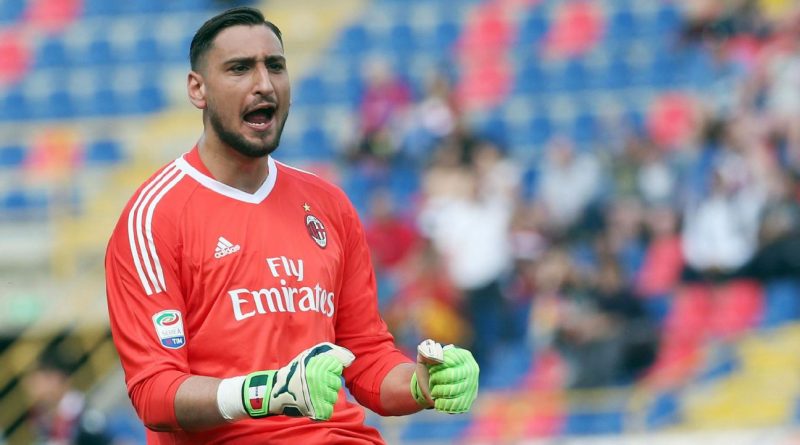 Assuming that PSG are willing to negotiate with one of Barcelona, Real Madrid or Juventus by the end of the transfer window, Neymar should be departing Paris this summer. Various deals suggested would either include players, cash up front, or a loan deal with an upfront payment and then plenty of cash later on.

Either way, PSG will have money to spend up until Sept. 2 and La Repubblica reports that they are looking to bring in a new goalkeeper in AC Milan’s Gianluigi Donnarumma for around €60m.

Donnarumma, 20, has long been on PSG wishlist and current No. 1 Alphonse Areola has done little to cement his position. La Repubblica even suggests that Areola could be included in the Donnarumma deal as a makeweight, though with Gianluigi Buffon and Kevin Trapp leaving already that would mean a shortage of backup options.

The goalkeeping spot is so important to them that a Donnarumma move may happen regardless of Neymar’s future. But if they somehow manage to land the Italian, sell Neymar, AND gain a player like Paulo Dybala or Luis Suarez, then they will have won the European window.

11.48 BST: Leicester City striker Islam Slimani has joined AS Monaco on a season-long loan, the club have announced.

The 31-year-old Algeria international signed for the Foxes from Sporting Lisbon in 2016, scoring 13 times in 46 games, as well as completing loan spells at Newcastle United and Fenerbahçe.

11.35 BST: Franck Ribery has arrived in Florence to complete a medical ahead of a move to Fiorentina.

The former Bayern Munich winger was released by the German club after his contract expired after 12 years at the club, having won a Bundesliga-record nine league titles.

“I am here with my family. We’re doing something altogether,” Ribery said after landing in Florence. “I have already spoken to Fiorentina and Luca Toni, who told me this was a great club and a beautiful city.”

10.52 BST: Inter Milan castaway Mauro Icardi seems convinced that he is staying at the club as he is building a house in Milan, despite being banned from preseason, losing the captaincy and his shirt number.

Inter have reportedly been trying to offload the striker, having already signed striker Romelu Lukaku from Manchester United for €80 million.

Icardi, 26, took to Instagram to show pictures of the house under construction, hashtagging the words “Milan” and “home” in the post.

10.18 BST: Cristiano Ronaldo believes that figures paid in transfers nowadays are “surreal” and has hinted that the value of a player of his calibre in the current transfer market would be up to €400m.

The Portugal captain joined Juventus on an initial €100m from Real Madrid last summer. Recently short-listed for UEFA Men’s Player of the Year Award, the 34-year-old forward, a five-time Champions League winner, refused to give a figure of how much he would cost in transfer market but told Portuguese TVI: “When I see goalkeepers that are sold for €75m, a player that does what I do on the pitch and guarantees goals, should be worth three or four times more, easily.

“These days the prices are surreal. Leaving [Joao] Felix’s case [€126m transfer to Atletico Madrid] to one side, but now a player that has not proved anything is worth €100m. This is madness. You see centre-backs and goalkeepers transferred for astronomical figures. But I guess in a way it’s good because it’s proof that the football business is alive and apparently in good health.”

PSG have reportedly enquired about the possibility of signing Casemiro during talks with Madrid over which players could be used in a possible part-exchange deal for the midfielder’s fellow Brazil international.

But sources said that Casemiro would not be open to the idea of leaving the Bernabeu for the Parc des Princes, just as ESPN FC learned when the idea was floated of other Blancos teammates including Gareth Bale, Vinicius Jr. or Luka Modric possibly being included as makeweights in a Neymar deal.

Having spent over €300m on new signings this summer, bringing in around €115m in sales, it would be difficult for Madrid to meet PSG’s hopes of recouping the €222m they paid Barcelona for Neymar in 2017. However, sources have told ESPN FC that the Bernabeu board are still very optimistic that they can get a deal done before the Spanish transfer window shuts on Sept. 2.

Sources told ESPN FC on Tuesday evening that PSG had rejected a Barca bid for their former player worth €190m — €40m up front and the remainder next summer.

08.33 BST: Paris Saint-Germain’s interest in signing Juventus forward Paulo Dybala is not dependent on whether or not Neymar remains at the club, according to RMC Sport.

The French radio station reports that PSG sporting director Leonardo sees the chance to sign the Argentina international as a “great opportunity.”

However, despite there being a reported intensification of contact between the Ligue 1 champions and Dybala’s representatives, there has been no significant breakthrough and the deal is likely to be worked on right up until the Sept. 2 deadline before it is completed.

Dybala’s proposed move to Tottenham earlier this month was called off after the player and his representatives failed to agree terms with the London club, sources told ESPN FC on the Premier League’s transfer deadline day of Aug. 8.

Spurs agreed a fee of £60m with Juventus but agreeing personal terms with the 25-year-old and his agents complicated the move, due mostly to an image rights issue.

08.00 BST: Mohamed Salah insists he is happy at Liverpool despite being regularly linked with a move to Real Madrid.

Reports have regularly credited interest in the Egypt international from the Bernabeu ever since he emerged as one of the Premier League’s top goal-scoring talents two years ago, and several senior figures in his homeland have also said the 27-year-old could end up in Spain.

Jadon Sancho has signed a £190,000-a-week contract to stay at Borussia Dortmund, the Daily Mail reveals.

The 19-year-old recently turned down offers from Manchester United and Paris Saint-Germain, and the news that he has signed a new contract with his current club will come as bad news to Manchester City, who had been interested as well.

That means that if these or any other interested parties choose to chase Sancho next summer, his price will be significantly inflated.

This summer’s most protracted of transfer sagas has seen Barcelona offer Paris Saint-Germain just about the entirety of their first-team squad to make up for their lacking the cash needed to bring Neymar back to the Camp Nou. One name that has consistently been mentioned as a potential makeweight is Ousmane Dembele.

According to quotes from L’Equipe attributed to the France international’s agent, Dembele, who picked up an injury on Friday and will be out for more than a month, is going nowhere.

“He has not planned on leaving FC Barcelona even for a moment,” Moussa Sissoko was quoted as saying. “He is Barcelona, and he will stay 1,000 percent with the will to honour the colours of the club.”

Even more interesting, Sissoko claims that Dembele was the subject of “several big European clubs.” Just who else was keen to add the 22-year-old attacker to their ranks?

While we’re at it, a quick update on the Barca-Neymar situation: PSG have rejected a €190 million offer from Barcelona that would see Neymar return to Nou Camp on a loan, sources have told ESPN FC.

Brugge are preparing to make a move for Tottenham Hotspur midfielder Victor Wanyama, according to the Express.

The 28-year-old made just four appearances for Spurs last season and has yet to feature in their 2019-20 campaign.

It was thought that the £18m Kenya international would be able to stay in the Premier League when fellow Londoners West Ham United approached him with a loan deal, but that fell through before the Premier League’s transfer window shut.

Wanyama has two years remaining on his £65,000 per week contract and wants to leave Mauricio Pochettino’s side. The signing of Tanguy Ndombele from Marseille would suggest that they aren’t too keen on his staying, either.

— Michy Batshuayi wants to stay at Chelsea and fight for his place in Frank Lampard‘s lineup, according to the Evening Standard. The Belgium striker has reportedly asked for six months to try to prove his worth at Stamford Bridge, rather than being shipped out on loan for the fourth time.

— Davide Zappacosta is set for a season-long loan to Roma from Chelsea, with the Italian club tweeting a photo of the defender arriving to the Eternal City on Tuesday. The loan marks a return to Serie A for Zappacosta, who joined Chelsea from Torino on a four-year deal for £23 million in 2017. 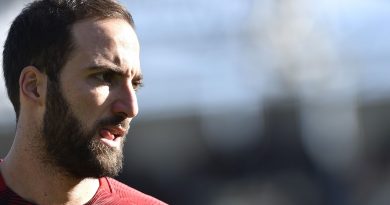 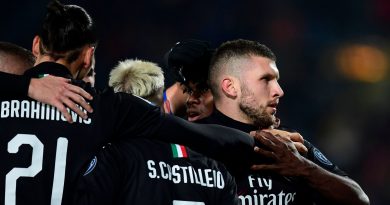 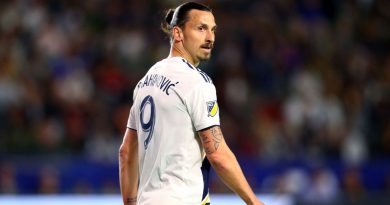