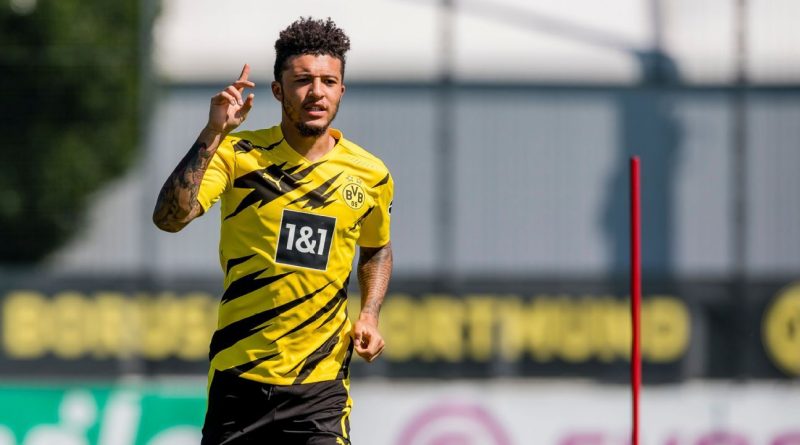 TOP STORY: Liverpool could turn to Sancho if Salah leaves

Liverpool boss Jurgen Klopp could make a move for Jadon Sancho if Mohamed Salah were to leave the club this summer, reports Bild.

Reports in recent months have suggested that Salah could move on from Anfield this summer, possibly to Spain to seek a new challenge, and Sancho’s performances for Borussia Dortmund haven’t gone unnoticed by the Reds’ boss. In turn, Klopp is keen to refresh his forward line after they’ve misfired on numerous occasions this season.

However, Liverpool’s recent financial losses as a result of the coronavirus pandemic would make any move for Sancho unlikely. Yet if they were to raise funds by allowing Salah to leave, then they would be in a position to bid for the 21-year-old.

Sancho is said to be available for much less than the €120 million Dortmund demanded of Manchester United last summer. United are once again interested in the winger.

– Arsenal “are keen” to sign Borussia Dortmund midfielder Julian Brandt, according to Bild. The Gunners expressed their interest in the 24-year-old in January and now Dortmund could be willing to listen to offers for the German midfielder. With Mikel Arteta possibly missing out on Martin Odegaard, who is likely to return to Real Madrid at the end of the campaign, Arsenal are on the lookout for a replacement. Brandt has struggled for form this season and could be available for around £20m.

– The Telegraph reports that Manchester United are plotting what appears to be an unlikely triple raid for Erling Haaland, Jadon Sancho and Jack Grealish. Haaland remains a top target for Ole Gunnar Solskjaer who worked with the 20-year-old at Molde. Haaland has scored 82 goals in 83 games at Dortmund and FC Salzburg. United also remain interested in Sancho, who they failed to sign last summer, and Grealish, who remains in top form for Aston Villa.

– Tottenham Hotspur are keeping tabs on Celtic’s defensive midfielder Ismaila Soro, according to the Daily Mail. The 22-year-old joined the Hoops from Isreali side Bnei Yehuda for £2.7m in January in 2020 but hardly played under Neil Lennon. However, Tottenham believe the Ivory Coast-born Soro has the talent to provide cover for their midfield, and with Spurs having a restricted transfer budget this summer, Soro would fit within their transfer funds. Spurs are also said to be considering Fulham centre-back Joachim Andersen.

– Arsenal look set to face disappointment when it comes to their pursuit of Martin Odegaard at the end of the season, with AS suggesting Zinedine Zidane wants the Norwegian midfielder back at Real Madrid and part of the first team next season. Zidane sees the 22-year-old as a potential long-term replacement for Luka Modric, and he would also bring down the average age of the side. The Madrid boss is hoping he can persuade Odegaard to return to the Bernabeu with a view to pushing Modric for a starting place.

– Barcelona are considering moves for Villarreal’s 21-year-old goalkeeper Marc Vidal, according to Sport, and Juventus central defender Matthijs de Ligt, reports El Chiringuito. Vidal’s contract at Villarreal is up in June and Barca are one of several clubs eyeing the rising star. The Blaugrana are prepared to let Pedro Neto move this summer, but Vidal would still face competition from Inaki Pena and Arnau Tenas for the backup slot to Marc-Andre ter Stegen. Meanwhile, after missing out on De Ligt to Juve two years ago, Barca are hoping to hoping to persuade the 21-year-old former Ajax Amsterdam defender to move to the Camp Nou in the summer. 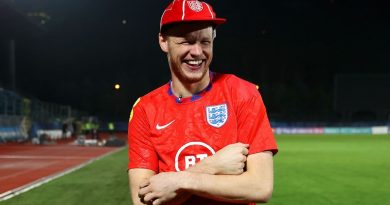 Nov 16, 2021 ayman022 Comments Off on Ramsdale’s reaction to receiving first England cap shows why international football is so special 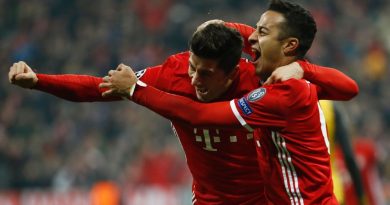 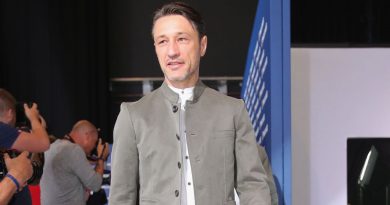 Bayern Munich’s Niko Kovac: I’m not clueless and bad run is a phase

Oct 5, 2018 ayman022 Comments Off on Bayern Munich’s Niko Kovac: I’m not clueless and bad run is a phase