Pep Guardiola has said Manchester City have let Liverpool “have a life” in the Premier League title race after the 2-2 draw at the Etihad Stadium on Sunday.

City twice led against Jurgen Klopp’s team, first through Kevin de Bruyne and then Gabriel Jesus, but were pegged back by equalisers from Diogo Jota and Sadio Mane.

It means the two teams are separated by a point at the top of the table with seven games remaining and Guardiola suggested a number of missed chances, including one that fell to Riyad Mahrez in stoppage time, had let Liverpool off the hook.

“It was a fantastic game, both teams trying everything to win,” Guardiola told a news conference.

“I felt we let them have a life from here but Liverpool are a joy to watch. I know how good they are and there is no doubt about that but I am so proud of my team.

“I said head up, not down, announce around the world how well we played. We have to win the seven games or it is over. We will play for that, that’s all.”

Speaking in his postmatch interview, Klopp likened the game to a boxing bout although neither team were able to deliver a knockout blow.

They will do it all over again in the FA Cup semifinal at Wembley on Saturday and could yet meet in the Champions League final at the end of May.

“What a game — wild,” Klopp said. “It was like a boxing fight. You have your arms down for a second and get a massive knock and you shake a little.

“It was a great game and a result which we have to live with and can live with.” 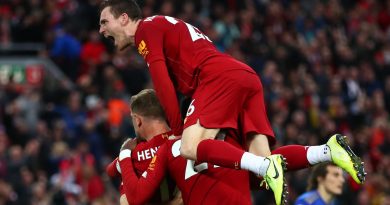 Why the transfer window should be abolished

Feb 2, 2023 ayman022 Comments Off on Why the transfer window should be abolished 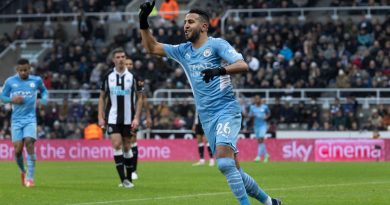