Liverpool and Juventus are both keeping track of Mason Mount‘s uncertain situation at Chelsea, according to the Guardian.

The 23-year-old, who came through Chelsea’s academy, had been in talks about a contract extension with the Blues but they have been put on hold until after the World Cup.

This comes with the England international’s current deal ending in the summer of 2024.

With the lack of time remaining in mind, clubs have been prompted to consider whether they could bring Mount away from Stamford Bridge, where contract talks had been happening since the summer.

Chelsea’s owners have no desire to lose Mount, who they view as a future Blues captain, and remain optimistic that he will stay as they look to reward his performances with an improved deal.

Even so, an agreement is not guaranteed because Mount is currently among Chelsea’s lowest earners and wants a deal to reflect his status as one of Graham Potter’s most influential players.

So far, Chelsea’s offers have fallen below those expectations while Juventus and Liverpool watch on as they hope to freshen up their respective midfields.

Manchester City have also previously been linked with Mount, although attention from big-name clubs could bring more urgency from Chelsea — especially as they lost Antonio Rudiger and Andreas Christensen for free last summer while Thiago Silva, N’Golo Kante and Jorginho‘s contracts run out at the end of this campaign.

– Yunus Musah could leave Valencia if the club receives a suitable offer of €20 million for United States midfielder’s transfer, according to Corriere dello Sport. Fiorentina having previously shown interest in the 19-year-old, while Internazionale are also now following him.

– Bayern Munich do not want Benjamin Pavard to leave despite his contract ending in the summer of 2024, as reported by Kicker. The France international has openly spoken about his desire to leave the Bavarian giants on more than one occasion, but talks between Pavard and the club’s management are planned for when he returns from the World Cup.

– Chelsea winger Hakim Ziyech is hoping that a big World Cup performance with Morocco will persuade AC Milan to make a move for him, according to Calciomercato. The club and player have been linked since last summer, and Milan could be persuaded if he peforms well in Qatar. Ziyech scored a spectacular goal in Morocco’s 3-0 warm-up victory against Georgia.

– Wolverhampton Wanderers are hoping to extend Adama Traore‘s contract until 2027, reports Ekrem Konur. There are four other clubs who want to sign the winger, whose current contract expires at the end of this season.

– Benfica and Atletico Madrid scouts watched Vitor Roque during Athletico Paranaense‘s 3-0 win against Botafogo, according to Ekrem Konur. The 17-year-old forward scored his side’s second goal in the 62nd minute before being taken off with 79 minutes on the clock. 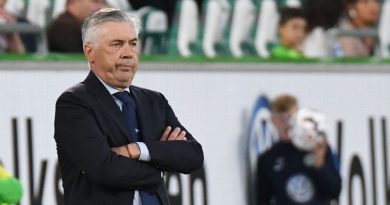 Aug 23, 2018 ayman022 Comments Off on Napoli vs AC Milan is no friendly despite Carlo Ancelotti’s emotional return 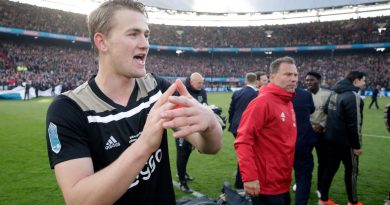 De Ligt arrives at Juventus ahead of expected deal

Jul 16, 2019 ayman022 Comments Off on De Ligt arrives at Juventus ahead of expected deal 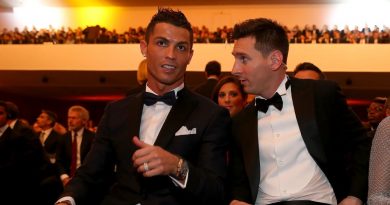 May 2, 2019 ayman022 Comments Off on Messi masterclass will inspire Ronaldo at Juventus – Allegri