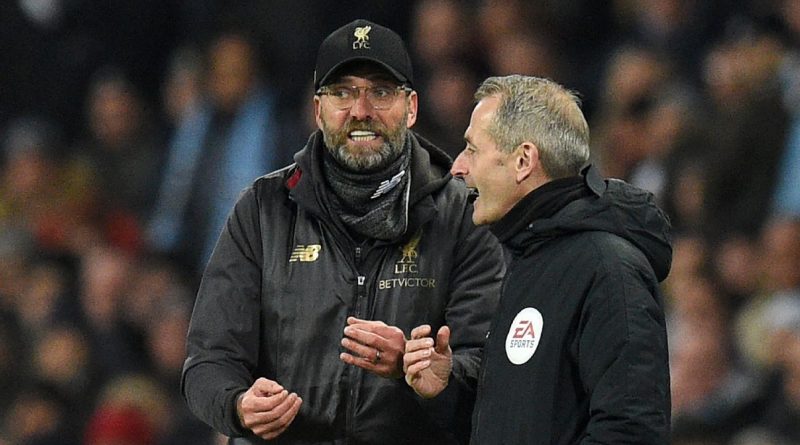 MANCHESTER, England — Jurgen Klopp believes Vincent Kompany should have been sent off in Liverpool’s 2-1 to defeat to Manchester City on Thursday for a challenge that could have ended Mohamed Salah’s season.

Referee Anthony Taylor gave Kompany a yellow card in the 31st minute for what Klopp deemed a reckless lunge.

Despite holding the City captain in high regard, Klopp still felt the tackle on Liverpool’s star man was more than worthy of a dismissal.

“I really like Vincent Kompany but how on Earth is that not a red card?” he told Sky Sports.

“He is [the] last man and he goes in. If he hits Mo more, he is out for the season. It is not easy for the ref and he may not see it how I see it.

“Everybody knows that I like him [Kompany], he is such a fantastic player, outstanding. I loved him when he was at Hamburg.

“But situations like this happen. A player makes a decision, goes on the ground, makes a sliding tackle and wants to defend the situation.

“He took the risk. And if Mo stays on his feet and doesn’t jump over him, then the situation is different. We all know that. He is still a nice guy, with a really bad decision.”

Liverpool suffered their first defeat of the Premier League season after Leroy Sane’s 72nd-minute winner at the Etihad Stadium.

The loss means Liverpool’s advantage at the top of the table was cut to four points.

However, Klopp insists he would have paid a crazy amount of money for Liverpool’s current position at this stage of the season.

“I have so much faith in my players you can’t imagine,” he told a news conference. “If somebody would have told me after both games against Manchester City we are four points up, I would’ve paid money for it like you wouldn’t believe.

“For us, it is really important we take it game by game because there is no other chance. If we would have won the title five times in the last 10 years then we go 100 percent, but we don’t have the experience in that. Why should we behave like somebody who won it all the time?

“It’s true that we didn’t win it for a long time, the club didn’t and we never won it as a team. We want to finish the season as good as possible and that’s our right, we can do that.

“We are still in a pretty good position so it’s all fine for us. Not in the moment, it feels really bad, but it’s only the moment.

“Tomorrow morning we wake up, it feels still average and then we have the opportunity to work on it and prepare for the next game and that’s what we will 100 percent do. That’s all.”

Liverpool had a number of opportunities at the home of the reigning champions, leaving Klopp to wonder what might have happened in the frantic affair had his side been more clinical.

Sadio Mane hit the post in the 18th minute before John Stones’ attempted clearance of the rebound struck Ederson and looked to be heading in. Stones, however, recovered to clear, with television replays showing only millimetres of the ball were not over the goal line.

“In the end, you can say post [and] in or post [and] out can make a massive difference — today we witnessed that,” Klopp said.

“I don’t know exactly, but I heard it was pretty close with our goal. Then we could have scored two, of course. City had counter-attacks especially when we lost the ball, it was really dangerous.

“In the end, we lost it and we take that — it is not the first game we lost in our lives. It’s not really cool, but it’s one of the three results that could have happened and it’s the one we didn’t know, but we have to take it. Now let’s keep on moving.” 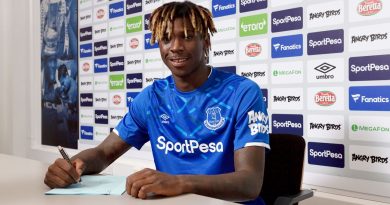 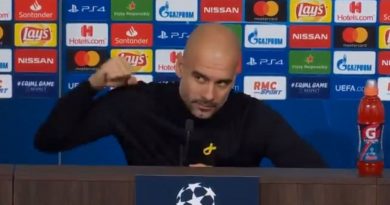 Nov 27, 2018 ayman022 Comments Off on Pep Guardiola shakes fist at reporter for question about Jose Mourinho 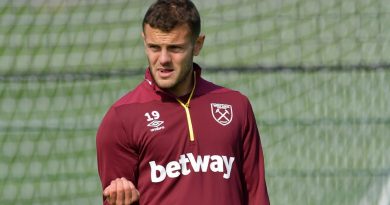