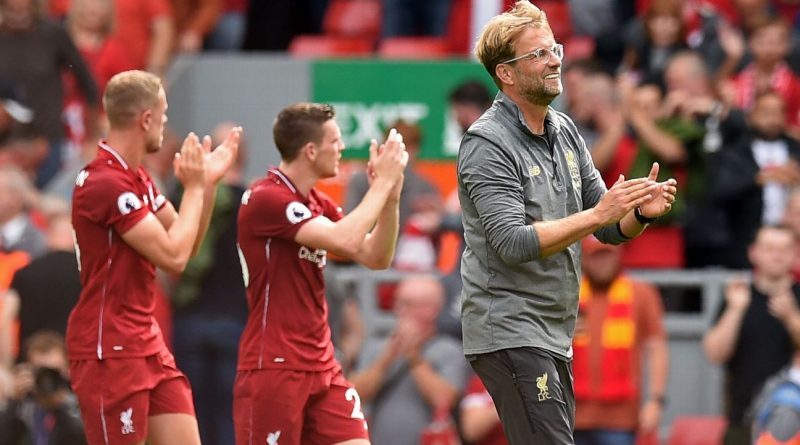 LIVERPOOL — Jurgen Klopp declared Liverpool’s 4-0 victory over West Ham United in their opening game of the Premier League season as a “very good start” but “not perfect.”

Liverpool moved to the top of the league as Mohamed Salah, Sadio Mane (twice) and late substitute Daniel Sturridge all scored during a dominant display at Anfield.

“A very good start, for sure,” Klopp said at his postmatch news conference. “Yes, it’s a start — perfect as well because we won the game.

“For us it was not perfect, but really good. Nobody knows exactly how well you did or how worthy your preseason is.

“Always you see things in preseason [against] different opponents and in different moments, but now the Premier League is a proper fight and immediately today that’s the biggest change and then you hope as a manager that your team is ready for that, because you cannot test it before you have the test.

Alisson, Xherdan Shaqiri and Naby Keita all made their competitive Liverpool debuts against West Ham following their summer arrivals. Fabinho stayed on the substitutes’ bench, having battled a minor injury and illness this past week.

It was Keita who impressed during his Anfield bow, with the Guinean midfielder playing a crucial role in Salah’s opening goal after 19 minutes.

“Absolutely a good performance, of course,” Klopp said of the 23-year-old, who finished the game as a left forward. “After six weeks in I don’t make the difference between a new player and another player because for me, it is exactly similar importance that Millie [James Milner] and Gini [Wijnaldum] are ready to make the next step in their development as well.

“So Naby is in because he’s a really good footballer and I’ve said it from the beginning that he’s obviously settled really quick and has a similar style of play in a similar position as he did at Leipzig.

“He can play different positions of course, but I think No. 8 is his best in the moment, so that’s all cool. He has a lot of help from the players around — Sadio works really hard and the same with Gini and Millie and Robbo in this case. So that’s really good. I’m pleased, absolutely, but actually that’s what we expected.”

Meanwhile, Klopp confirmed Dejan Lovren is expected to face a spell on the sidelines with a pelvis issue, but added that the centre-half’s injury was not a major concern.

Lovren sat out the West Ham game and missed a large majority of Liverpool’s preseason after being granted an extended break for helping Croatia reach the World Cup final.

The Liverpool manager said: “He is not fit. Let me say it like this, last year he already had a few problems with that but he could obviously play — and played really good.

“Now in the World Cup, [playing] three times [for] 120 minutes it got a bit worse, but I am pretty sure it will settle in the next one, two or three weeks.

“In that time he can probably for sure train already, but not the full programme, so that will then take time.

“In the end, it is serious but not that serious, so it’s not that we need to be afraid that it will take him until whenever. In the moment he is not available, that’s true.” 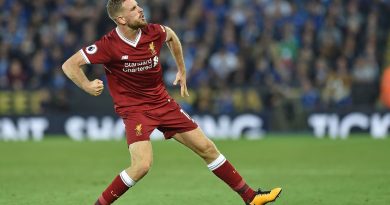 Jordan Henderson the most unlikely Champions League winning captain ever?

May 23, 2018 ayman022 Comments Off on Jordan Henderson the most unlikely Champions League winning captain ever? 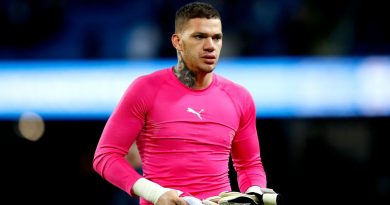 Nov 8, 2019 ayman022 Comments Off on Manchester City’s Ederson out of Liverpool clash 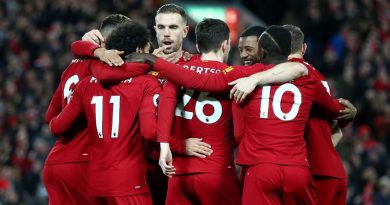