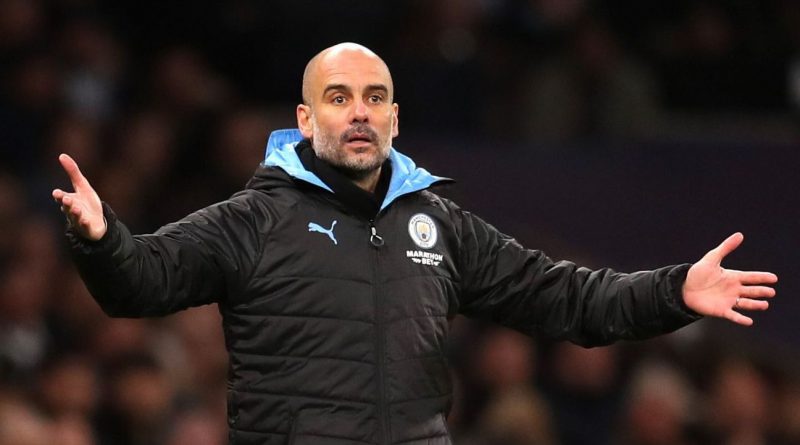 LONDON — Less than 12 months ago, Manchester City were billed by many as the best team of the Premier League era. They were a side that became the first to break the 100-point barrier in one season before going on to claim a domestic Treble the next. Yet with high praise comes greater scrutiny, so what does the defence of their title this season say about Pep Guardiola’s superteam?

Sunday’s 2-0 defeat at Tottenham — both Spurs goals came after the 61st-minute sending off of City defender Oleksandr Zinchenko — was the sixth time that Guardiola’s team had lost in the league this season. Although it left City in second position, they sit a staggering 22 points behind runaway leaders Liverpool, who could arrive at the Etihad Stadium on April 4 as champions if they win all six of their games between now and then.

If Guardiola and his players start that game by giving Liverpool a guard of honour, the pain of surrendering their title so meekly will truly sink in. It’s not a case of if Liverpool dethrone City but when, a fact Guardiola acknowledged after Sunday’s defeat.

“They [Liverpool] are unstoppable, with a lot of points,” Guardiola said. “Of course, our target for the competitions now is to qualify for the Champions League next season. But two seasons ago, we finished with 100 points, 19 in front of Man United and 20-something in front of Liverpool. They were strong then too, so today is not a day to say what we are going to do.

“My team is good. I like the way we play but we are far away, the distance is not good, so next season we have to do better. It will be fantastic to say we will be better next season, but I don’t know what will happen in our next game against West Ham.”

It’s difficult to assess the state of City under Guardiola right now. Their supporters will argue that they’re still the second-best team in England, preparing for a third successive Carabao Cup final and with hopes still alive in the FA Cup and Champions League. They’ve also been hit hard by injuries to key players, with Aymeric Laporte and Leroy Sane both missing for the majority, if not all, of the season so far. Raheem Sterling was added to the casualty list on Sunday, limping off while clutching his hamstring at Spurs, so their tale of injury woe may continue.

It’s also fair to point out that Liverpool have been so remarkably consistent, winning 24 of 25 league games, that no team could possibly match up. But this is Manchester City and Guardiola, supposedly the best team and manager English football has ever seen, so why have they failed to give Liverpool a better run for their money? The mitigating factors mentioned above for City’s inability to defend their title are well-known, but the defeat against Jose Mourinho’s Spurs also highlighted the malaise that has set in at the Etihad.

Missed chances — City had 18 chances compared to Tottenham’s three — were the main reason for the defeat, with one of those misses coming from the penalty spot when Ilkay Gundogan’s effort was saved by Hugo Lloris.

“We created more chances and lost the game,” Guardiola said. “It happens sometimes this season and we have to accept it.”

The failure to convert chances is a key difference from last season, however, when City were ruthlessly efficient in front of goal. Yes, they missed goal-scoring opportunities last year, but they converted chances when it mattered and didn’t let opponents off the hook as often as they have this time around.

After 25 games last season, they had only scored one more league goal than this time around (66 to 65) but those figures are perhaps skewed by the 19 scored in three games against Watford, West Ham and Aston Villa. A truer gauge is that City are eight points worse off than they were a year ago and that is down to being unable to beat teams when they have the opportunity to do so.

Man City are also worse defensively. This time last season, City had conceded 20 goals, but they’ve shipped 29 after 25 games in the 2019-20 campaign. Laporte’s absence and the failure to replace Vincent Kompany are central to the defensive frailties, but John Stones’ loss of form and confidence has also been a big problem and that has not been addressed sufficiently by Guardiola.

A year ago, City and Guardiola were on top of such details. Nothing was left to chance and they were ruthlessly efficient in every department. That diligence has since slipped, perhaps because Liverpool have crushed their spirit or maybe because it is virtually impossible, mentally and physically, to keep the foot on the pedal for three consecutive seasons.

Whatever the reasons, City are not the team they were last season or even 12 months ago. 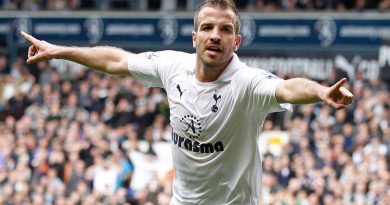 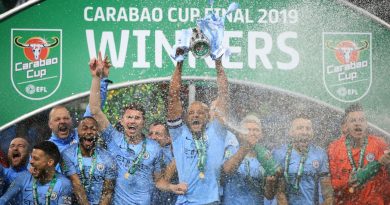 Can anyone stop Man City from winning a 'grand slam' and joining Tiger Woods, Roger Federer in sporting history?

Apr 5, 2019 ayman022 Comments Off on Can anyone stop Man City from winning a 'grand slam' and joining Tiger Woods, Roger Federer in sporting history? 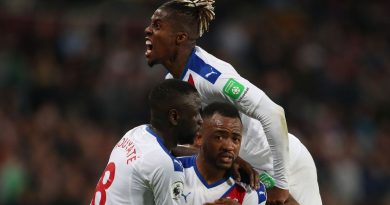