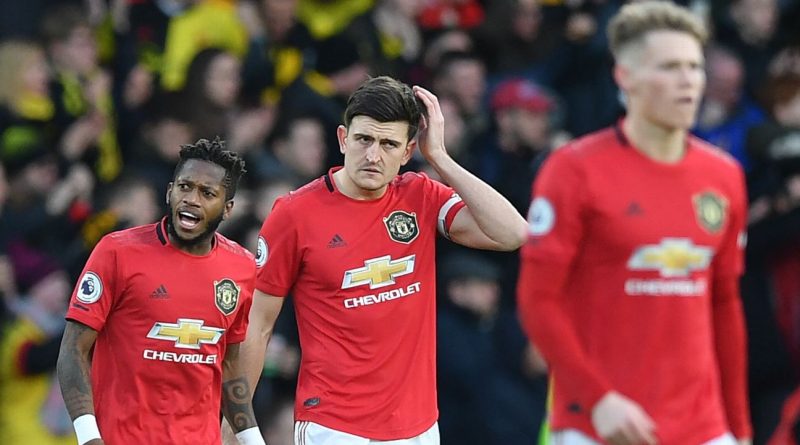 WATFORD, England — If Christmas is a time for putting others’ needs before your own, then Manchester United’s generosity in a 2-0 defeat at Vicarage Road was to be applauded.

Watford went into their final fixture before Christmas bottom of the Premier League table, without a home league win since April and as the only team in Europe’s five major leagues yet to reach double figures in league goals. When David de Gea‘s calamitous error allowed Ismaila Sarr to put the hosts in front in the 50th minute, it was the first time Watford had taken the lead in a league game in front of their own fans this campaign. Watford’s 2-0 win, in Nigel Pearson’s first home game as manager, was only their second success in 18 league matches this season and allowed the Hertfordshire club to close to within six points of safety. Just like Father Christmas, United dress in red and white, come to call once a year and arrive bearing gifts.

Whereas Watford’s fans will tuck into their Christmas dinners harbouring renewed optimism that their side might yet pull off the unthinkable by avoiding the drop, United’s supporters find their team occupying their lowest placing at Christmas — eighth – since 1989.

United’s run of six games without defeat in the league is over, the momentum sparked by their back-to-back wins over Tottenham Hotspur and Manchester City has vanished and Ole Gunnar Solskjaer will once again find himself confronted by questions about his suitability for the job. Of equal concern to Solskjaer and his team’s supporters will be the knowledge that opposition sides know exactly how to defeat United: you simply give them the ball.

When United have enjoyed success this season, they have generally done so by allowing their opponents to control possession and hitting them on the counter-attack. In each of their most notable victories this season, United have had less than 50 percent of possession: 46 percent in August’s 4-0 win over Chelsea, 42 percent in September’s 1-0 defeat of Leicester City, and 47 percent and 28 percent, respectively, in those 2-1 successes against Spurs and Manchester City earlier this month.

It is when United are allowed to have the ball that they struggle. In each of the league defeats that preceded the trip to Watford — against Crystal Palace, West Ham United, Newcastle United and Bournemouth — they had over 50% of possession and it was the same story at Vicarage Road, where Solskjaer’s men slumped to a fifth reverse of the campaign despite having 64 percent possession.

The United manager claimed that his side’s defeat was “not about the amount of possession,” arguing instead that a lack of “quality” was to blame, but the statistics are difficult to ignore. On the last 17 occasions that United have had  the ball more than their opponents in a league game, they have emerged victorious only once.

The visitors’ desperate lack of a cutting edge was plainly apparent during a first half in which their failure to capitalise on possession must have made Watford goalkeeper Ben Foster remember the years he spent passively watching United play from the Old Trafford bench. Central midfielders Fred and Scott McTominay were both wasteful and it was left to Anthony Martial, United’s centre-forward, to supply the few moments of inspiration. The Frenchman dragged a shot wide after a one-two with Daniel James and it was from his through ball that Jesse Lingard squandered the best chance of the first 45 minutes, tamely chipping the ball onto the roof of Foster’s net.

Teams that fail to make possession count leave themselves vulnerable to mishaps at the other end. There could be no greater symbol of United’s currently fragility than de Gea, whose error was one of the worst in the growing list of blunders that he has committed in recent seasons. Sarr’s shot, down and into the ground, lacked any kind of power, but de Gea somehow allowed it to slip through his grasp.

Solskjaer suggested that de Gea may have been momentarily distracted by thoughts of what he was going to do once he had the ball. Either way, the Spain international has now gone 13 league matches without a clean sheet, the longest such run of his career, while United have not had a shutout drought since the 1970-71 campaign. Aaron Wan-Bissaka succumbed to his own attack of nerves moments later when he threw himself into an ill-advised lunge on Sarr, which allowed Troy Deeney to double Watford’s advantage from the penalty spot.

The one bright spot for United was the return of Paul Pogba, who came on for Lingard to make his first appearance since Sept. 30 after a spell on the sidelines with an ankle injury. His impact was immediate. On two occasions he created chances with raking passes from inside his own half, only for Marcus Rashford and substitute Mason Greenwood to fail to take them. And he twice tested Foster, the second time after a sharp exchange of passes with Martial.

“The last half an hour, when Paul [Pogba] came on, that was probably the only plus today,” Solskjaer said. “He gave us that little bit of edge, quality, urgency. He played some great passes over the top, he had some nice combinations and he had a chance himself.”

Given the flagrancy of their creativity deficit, Pogba’s return is a timely gift for United. Because aside of that, there is precious little else beneath the tree to get excited about. 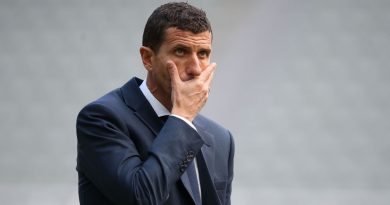 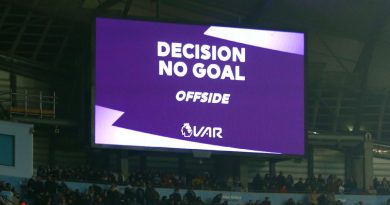 Jan 4, 2020 ayman022 Comments Off on “Offside is offside” with VAR even to the tightest of margins – IFAB chief 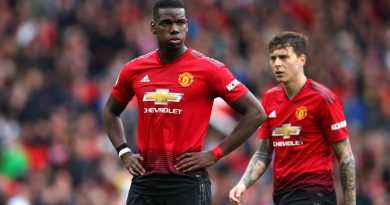