Cristiano Ronaldo‘s sister, Katia Aveiro, has launched a defence of her brother, calling critics “sick and ungrateful” after he came under heavy scrutiny following Portugal‘s 1-0 defeat to Spain.

The Manchester United forward had two efforts kept out by Spain goalkeeper Unai Simon and also missed another goalscoring opportunity, leading to criticism on social media and in the Portuguese media that he should be benched.

A story in Portuguese newspaper Diario de Noticias said about Ronaldo: “And, of course, controversy or not, Cristiano Ronaldo also played from the start — the captain was slow and tired [after a certain point] and missed three clear chances to score.”

Aveiro posted a photograph of a crestfallen Ronaldo on the pitch late in the game and wrote on Instagram: “In sport, in football, like in life, ungratefulness is the worst of all vices!”

Aveiro had earlier accused the critics of having a short memory.

She posted on Instagram stories the same photograph as before with a text that said: “You have to give a hand to those who have always given theirs for Portugal. But the Portuguese are sick, petty, soulless, stupid, ungrateful and forever ungrateful… No one is giving him a hand. It’s cruel. He has and continues to give so much.

“The one who is sitting down is Cristiano Ronaldo [in the photograph] and he is simply the best player in the world..

“It doesn’t surprise me at all in the current times we live in, the Portuguese spit on the plate they eat, it’s always been that way. So, when someone appears from the ashes and changes mindsets, it bothers them… With you always, my king. ‘Calm.'”

A visibly frustrated Ronaldo, who has scored one goal in eight appearances in all competitions for United this season, threw the captain’s armband towards the bench after the game.

Ronaldo, a five-time Ballon d’Or winner, has scored a world men record 117 goals in 191 international games since making his Portugal debut in 2003. He captained Portugal to the 2016 European Championship title and the UEFA Nations League crown in 2019.

Portugal and United teammate Bruno Fernandes believes no drama should be made about Ronaldo.

“Cristiano is doing well,” Fernandes said. “He has the ambition to help the national team, as he has always done, and there is no need to make up big stories about this.

“Cristiano is here, he is here to help, and he will continue to help. Cristiano is a forward, he wants to score goals, frustration is normal, but there was no one more frustrated than anyone else.

“We were all very frustrated, there is no need to make a soap opera around Cristiano. He has done what he has to do, the goals will come, these are phases, when the goals start to appear he will have more capacity and calmness to continue scoring many goals for our national team. We cannot forget that he is the best international [men’s] goalscorer.” 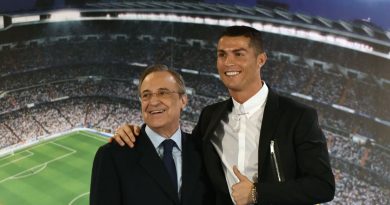 Sep 22, 2018 ayman022 Comments Off on Cristiano Ronaldo’s €1bn release clause was ‘not there to be paid’ – Real Madrid president 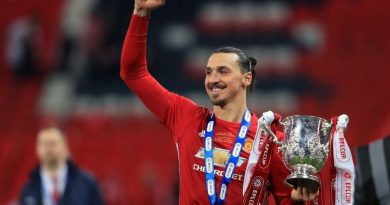 May 2, 2022 ayman022 Comments Off on Zlatan Ibrahimovic on Man United, Premier League stint