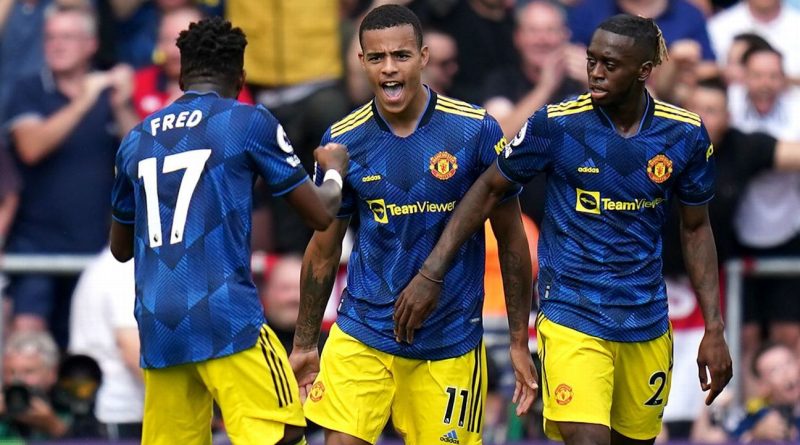 Following the “goal-fest” in their opening day 5-1 win against Leeds United, Manchester United were frustrated by Southampton as they battled to a 1-1 draw.

The Red Devils went behind on the half-hour mark when Che Adams’ strike deflected off Fred and past David De Gea, after they failed to recover from Bruno Fernandes being dispossessed by Jack Stephens. However, they got back on level terms within 10 minutes of the restart thanks to Mason Greenwood’s strike, which wriggled through Alex McCarthy‘s legs.

Despite both teams creating chances in the second half, United had to settle for a point.

United controlled the ball for large periods of the game and looked commanding when they did. There was also some good chance creation throughout, with Paul Pogba doing especially well when it came to creating space. Having struggled in the latter stages of the first half, United did well to come out and find an equaliser.

The Red Devils really should have turned that dominance at the start into a lead and would have done if it wasn’t for wasted chances. There were also some sloppy moments in the defensive third, which only gave Southampton added hope and put United on the back foot. In addition, too much time was spent moaning at the referee after the goal — it appeared some players had momentarily lost their heads.

6 — Ole Gunnar Solskjaer’s alterations didn’t pay off, as Nemanja Matic and Anthony Martial were among United’s worst performers on the day. However, whatever the manager said at half-time worked, as United looked far more convincing in the second period that they had in the latter stages of the first. However, he’ll still be disappointed with a draw.

GK David De Gea, 7 — Reacted to James Ward-Prowse’s early free-kick well and did brilliantly to deny Adam Armstrong. Had no chance of stopping Adams’ shot after it deflected off Fred, though he didn’t always look completely convincing with his feet.

DF Aaron Wan-Bissaka, 6 — Looked comfortable defensively for the majority of the game, but had some obvious lapses in concentration, with one of those putting Harry Maguire in an awkward situation.

DF Victor Lindelof, 6 — Will feel frustrated that he couldn’t connect with a free-kick into the box and didn’t always look completely comfortable defensively.

DF Harry Maguire, 5 — Hit the crossbar from close range. Might feel he let Adams get away from him too easily to get a strike off for the opener, while he got away with being dispossessed in a dangerous area later on. Booked for a foul on Adams.

DF Luke Shaw, 7 — His set-piece deliveries were brilliant and a wonderful pass almost found Jadon Sancho in front of goal. While he had a couple of frail moments defensively, the left-back put in some solid challenges.

MF Fred, 5 — Did well to help Matic when Moussa Djenepo skipped past the Serbia international in the box, but the ball deflected off him for the opener and overall, his decision-making wasn’t always the best.

MF Nemanja Matic, 4 — Some of his passing was awful, with one pass to concede possession on the edge of his own box being especially poor. Had a decent header saved by Alex McCarthy.

MF Mason Greenwood, 8 — The academy graduate added to his goal against Leeds to get his side back on level terms. Was unlucky to see his header go just over the crossbar.

MF Bruno Fernandes, 6 — Had some nice touches, one of which contributed to the equaliser. However, he lost the ball too easily for the opener and got himself booked for complaining to the referee about it. Saw his header saved by McCarthy.

MF Paul Pogba, 7 — Showed his technical brilliance with a great pass to Martial, but will feel he should have scored given the chances he had. Played an integral role in the equaliser, adding to his four assists last weekend. Booked for a foul on Adams.

FW Anthony Martial, 4 — Was unlucky to see his header cleared off the line by Mohammed Salisu, but the France international was anonymous for large periods of the game.

Jadon Sancho, 6 — Replaced Martial in the 59th minute and was unlucky that his cross for Greenwood’s header didn’t result in an assist.

Scott McTominay, N/R — Replaced Fred in the 76th minute and added some fight to United’s midfield. His speculative shot was blocked with ease.

Jesse Lingard, N/R — Replaced Matic in the 86th minute and tried to make things happen, getting Sancho into a good position in the box with a nice pass. 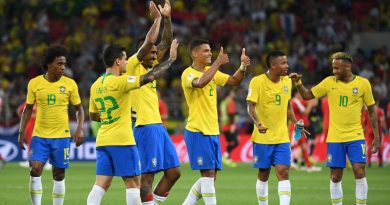 Jun 30, 2018 ayman022 Comments Off on Mexico’s recent success against Brazil doesnt mean much on the World Cup stage 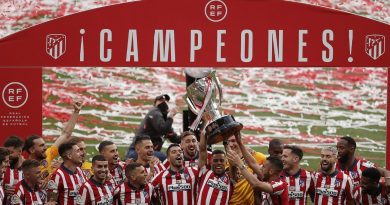 Oct 17, 2022 ayman022 Comments Off on Hull City cut down goalposts before Birmingham game