Manchester United are hopeful of having Marcus Rashford fit for the derby against Manchester City next month following the international break, sources have told ESPN.

Rashford has missed the last two games after picking up a muscle injury in the 3-1 win over Arsenal on Sept. 4.

The 24-year-old was not selected by England for Nations League games against Italy and Germany during the break, but there is hope at Old Trafford that he will be fit for the trip to the Etihad on Oct. 2.

Club medical staff do not believe the injury is serious and, he should be in line to feature against City as long as he is able to re-join training with the rest of the squad by next week.

Sources have told ESPN that United are being more cautious with Anthony Martial, who has not played since August due to an achilles injury, given how problematic the issue can become if not given the time to heal.

If Rashford can make a quick return to the team, the forward could still be considered for a place in the England squad for the 2022 World Cup, which begins in Qatar in November.

Sources have told ESPN that Rashford has been given hope by England manager Gareth Southgate that he could still force his way into the squad despite missing out on the games against Italy and Germany — the country’s final two matches before the World Cup.

Rashford has impressed so far this season, scoring three goals in six games.

United have not played since the 2-0 win over Sheriff Tiraspol in the Europa League on Thursday after their Premier League fixture with Leeds United at Old Trafford was postponed ahead of the funeral of Queen Elizabeth II. Manager Erik ten Hag is set to use the extended break to plan for the January transfer window.

United spent more than £225 million during the summer window, and sources have told ESPN they are not expecting to make additions to the squad in January, although it has not been ruled out. 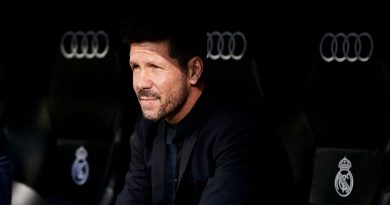 Feb 17, 2020 ayman022 Comments Off on Simeone’s Atletico Madrid tenure may come to its Champions League conclusion in Liverpool tie

‘They should be ashamed, it’s disgusting’ 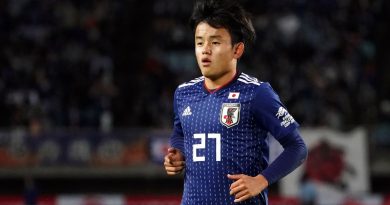