Venezuela forward Deyna Castellanos has joined Manchester City on a free transfer, the club have announced.

Castellanos, who was on the three-player shortlist for the 2017 FIFA The Best award, left Atletico Madrid upon the expiry of her contract last week and told ESPN the move to City was a “dream come true.”

“It’s very exciting,” Castellanos told ESPN. “It’s going to be a challenge going to a new club and a new team, but it’s a dream come true. I am looking forward to start next season.

“The way Manchester City play, I like their style. It’s something that I feel I can fit.

Sources have told ESPN that Castellanos is one of a number of signings Ciy aim to announce in the coming weeks.

Poor form amid an injury crisis at the start of the season cost Gareth Taylor’s side any hopes of contending for the Women’s Super League title last term. However, a strong finish to the season, which saw them win 15 of their last 17 matches, helped them to clinch Women’s Champions League qualification for next season, as well as a runners-up finish in the Women’s FA Cup final at the hands of Chelsea.

“It’s going to be a challenge, but that is something I really wanted in my career. It’s one of the reasons that I am coming here, to be out of my comfort zone and learn from the players and staff. It is something that is really exciting for me,” she added.

“Obviously, everyone says the same: it is a very different league, a very fast league. It is something that is going to make me better as a player and a professional.”

Castellanos starred for the Florida State Seminoles before joining Atletico in January 2020, where she scored 22 goals in 53 games in all competitions.

Atletico finished fourth in Women’s LaLiga this season, 31 points behind champions Barcelona, who won all 30 of their league matches. That is in stark comparison to the WSL, which was won in a nail-biting finish by Chelsea on the final day of the season.

“Every league is very different,” Castellanos said. “Barcelona have a group of players who have been playing together for quite a long time, and there are a really good team and so talented.

“They have been playing so long together they could play with their eyes closed, basically. That is a very special thing Barcelona has, and I think that’s one of their keys for their success. I just hope Manchester City can compete against them and everyone else in the league and Champions League.” 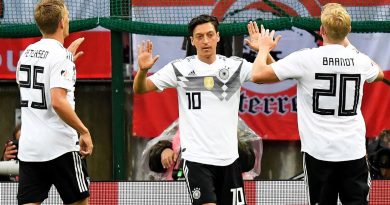 Jul 26, 2018 ayman022 Comments Off on Mesut Ozil’s Germany tenure was already ‘over’ before retirement – Lothar Matthaus 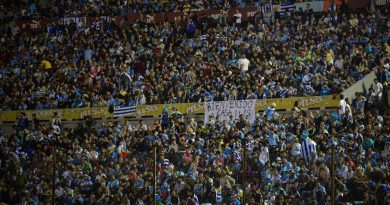 Apr 13, 2018 ayman022 Comments Off on Uruguay may demolish Centenario Stadium as part of World Cup bid