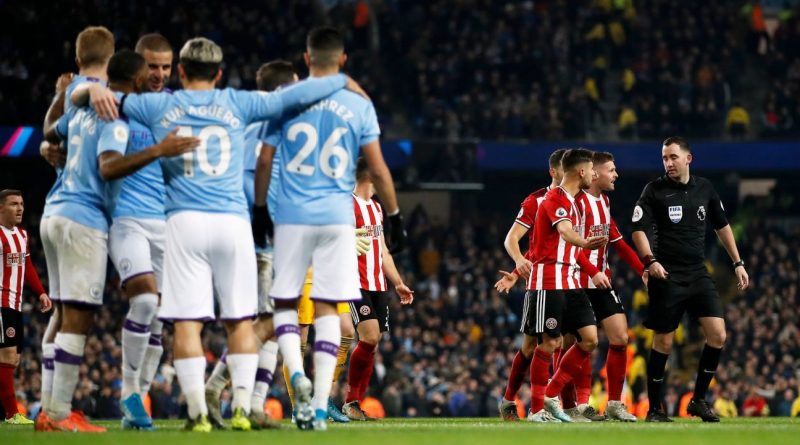 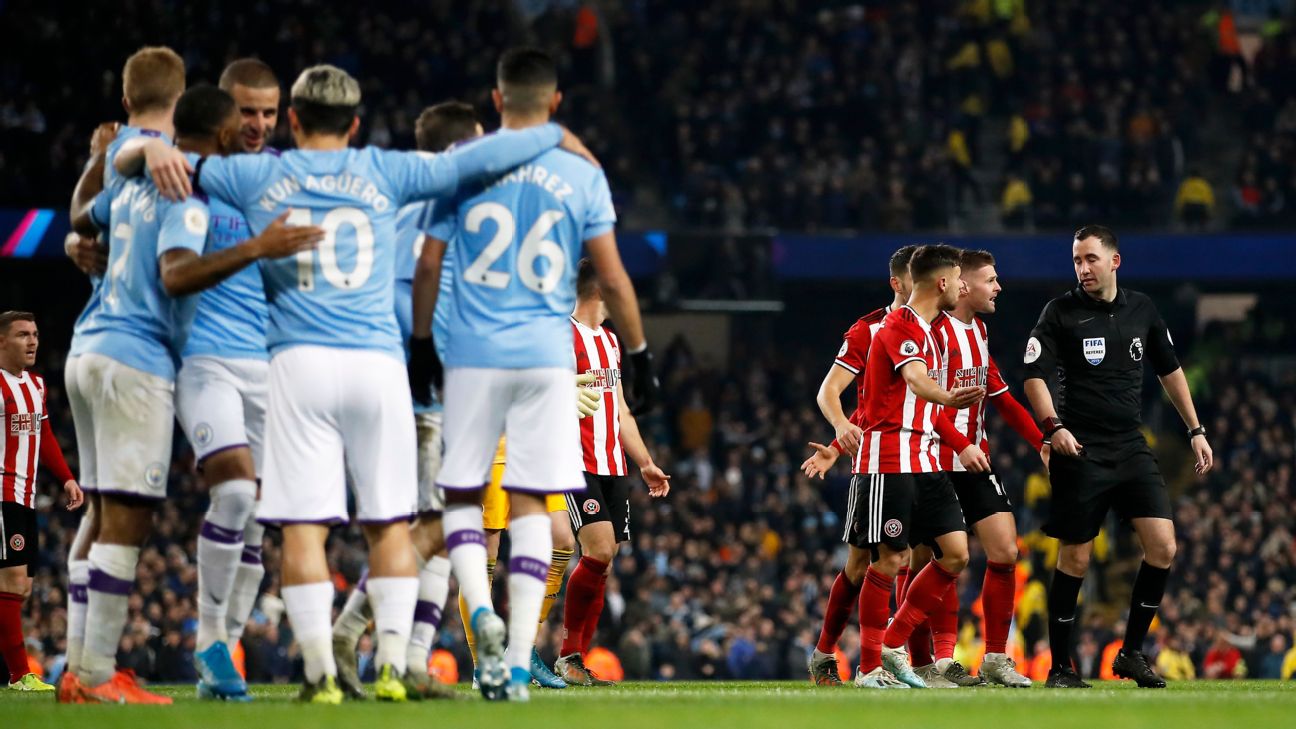 The visitors looked to have taken the lead shortly before the half-hour mark, but VAR overturned the goal after Lys Mousset was ruled to be narrowly offside as he ran onto John Fleck‘s through ball.

The hosts took the lead early in the second half when Aguero blasted a shot from close range into the roof of the Sheffield United net, with the visiting side appealing in vain for a VAR intervention saying the ball struck referee Chris Kavanagh in the buildup.

Man City put the game out of reach in the 82nd minute on quick-hitting counter-attack with De Bruyne beating Dean Henderson after being played in behind the United defence by Riyad Mahrez.

It was another impressive performance from Chris Wilder’s promoted side, who were unbeaten away in the league, but in the end third-placed City’s sharpness in front of goal was decisive as Pep Guardiola picked up his milestone 100th Premier League win.

“Yet again we had another goal disallowed by VAR, that’s about eight or nine over the weekend, this is not a situation helping the game with the small margins,” said Wilder.

“But I will leave that for everyone else to talk about because I have said too much about it.”

The result keeps Man City in third place in the Premier League, 14 points behind leaders Liverpool and one behind second-placed Leicester.

“Today I realised, why Sheffield are in the position they are in the table and didn’t lose one game away,” said Guardiola.

“We had problems [but] in the second half we were much better and in these type of games if the first ‘goal’ was not offside it would have been very difficult. Fortunately we could score two goals and win.” 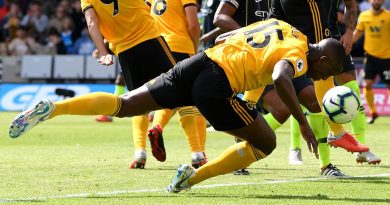 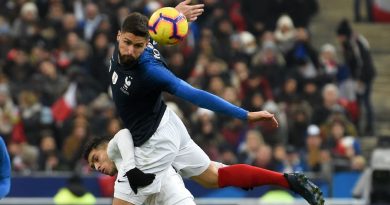 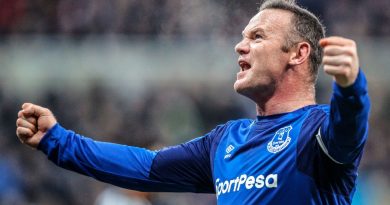 May 10, 2018 ayman022 Comments Off on Everton’s Wayne Rooney agrees to deal in principle to join D.C. United – sources