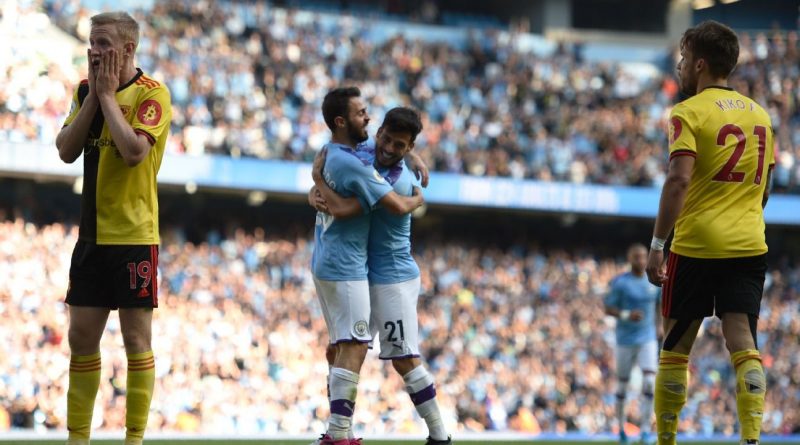 A Bernardo Silva hat-trick helped Manchester City to secure the joint second-biggest Premier League victory in history with an 8-0 thrashing of a bewildered Watford at the Etihad Stadium on Saturday.

The champions, responding to their first league defeat since January at Norwich City last weekend, blew Watford away by becoming the first side to score five goals in the first 18 minutes of a Premier League game.

David Silva got City up and running after finishing off a delightful pass from Kevin De Bruyne in the first minute, before Sergio Aguero‘s 100th Premier League goal doubled the hosts’ advantage from the penalty spot.

Riyad Mahrez curled a brilliant free kick into the net in the 12th minute, with a Bernardo Silva header and a Nicolas Otamendi tap-in completing the 18-minute rout.

Watford brought on an extra defender just after the half-hour mark to try to stem the tide, seeing themselves through to halftime without further damage, before Bernardo Silva added a sixth goal three minutes into the second period.

Bernardo Silva completed his first top-flight hat-trick with a close-range finish to make it seven, before De Bruyne hammered home a superb eighth as City came up one short of Manchester United’s record 9-0 victory over Ipswich Town in 1995. 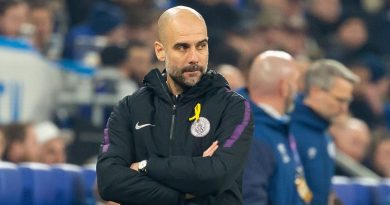 Feb 26, 2019 ayman022 Comments Off on Guardiola says City tiredness no excuse in title battle with Liverpool 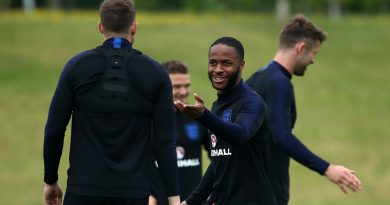 Fernandinho: English media ‘pursuit’ of Sterling won’t get him down

Jun 1, 2018 ayman022 Comments Off on Fernandinho: English media ‘pursuit’ of Sterling won’t get him down 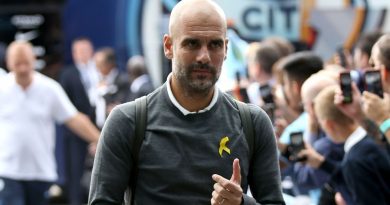 Sep 1, 2018 ayman022 Comments Off on Manchester City’s Pep Guardiola: No problem with Leroy Sane despite omission