The summer transfer window is racing toward the Sept.1 deadline, and there’s plenty of gossip swirling about who’s moving where. Transfer Talk brings you all the latest buzz on rumours, comings, goings and, of course, done deals!

Manchester United are getting closer to signing one of their top targets this summer, with the Premier League club closing in on Ajax star Antony, according to The Athletic.

The 22-year-old right-winger’s agents are in London and looking to secure their client a move to Old Trafford, with the latest suggesting that both clubs are discussing a €94 million deal.

Sources previously told ESPN that Ajax were only considering a financial package worth closer to €100m following an intial €80m bid from United. Sources also added that United had not given up on signing the Brazilian, partly because he has made it known to Ajax he wants to move to Old Trafford.

Antony, who would reunited with ex-manager Erik ten Heg, was left out of Ajax’s squad last week after informing the club he “did not feel 100% ready to play.”

It is reported that Manchester United have since cooled their interest in their alternative option in PSV Eindhoven‘s Cody Gakpo amid their optimism of signing Antony.

08.00 BST: Manchester City coach Pep Guardiola continues to leave the door open for Bernardo Silva to join Barcelona despite the remote chances of a move to Camp Nou materialising for the midfielder this month.

Guardiola mischievously quipped that Silva is fond of Barcelona and said that while he wants him to stay he does not want unhappy players at City.

“I’m no one to tell Barca to forget about [signing] Bernardo,” Guardiola said in a news conference after City drew 3-3 with Barca at Camp Nou in a friendly on Wednesday.

“We want him to stay with us, but I don’t want anyone who’s not happy. The first thing would be for the clubs to come to an agreement, but there has been no offer for him in these last two years.

“I don’t want him to go, he’s a superlative player and a great person… and there are only seven or eight days left [in the window] and we would have to turn to the transfer market. I want him to stay.

“That said, it is true Bernardo likes Barcelona a lot.”

“Who doesn’t like Bernardo Silva?” he replied. “And [Kevin] De Bruyne, [Erling] Haaland, what a team… but [Bernardo] is a very important player for City, someone who makes the difference.

“I love how he plays because there are very players like him, but [a move] depends on City.”

– Why were Barca, Man City playing a friendly three weeks into the season?

– Talks between Manchester United and Newcastle United are ongoing over a deal for goalkeeper Martin Dubravka, reports Sky Sports. The Red Devils are keen to add competition for David de Gea this season, and after the Magpies acquired Nick Pope, they could be prepared to part ways with the 33-year-old Slovakia international.

– Newcastle have identified Conor Gallagher as a key loan target before the transfer window closes, according to the Telegraph. With sources telling ESPN that Newcastle will sign Real Sociedad striker Alexander Isak for €70m, Eddie Howe’s side will turn now attention to the 22-year-old Chelsea midfielder. Gallagher impressed while on loan at Crystal Palace last season with eight goals and three assists in 34 Premier League appearances.

– The race for Ainsley Maitland-Niles is heating up with Southampton now keen to sign the Arsenal man, according to Fabrizio Romano. The Saints are interested in landing the 24-year-old defender on a loan deal that includes an option to make the move permanent, and the Gunners are looking to offload him this summer. Maitland-Niles has also been on the radar of West Ham United who could be set to contest for his signature.

– Mauro Icardi is in talks with Galatasaray as the Paris Saint-Germain striker looks to gain regular minutes, reports Foot Mercato. The Argentina playmaker would join the Turkish side on a loan deal that includes a permanent option.

– Atletico Madrid have no plans to move on Renan Lodi, reveals Fabrizio Romano. The left-back was on the radar of Manchester City this summer, and after Nottingham Forest made an enquiry to Diego Simeone’s side, it looks as though they have once again waved away the interest from the Premier League. Lodi, 24, made 29 appearances in LaLiga last season. 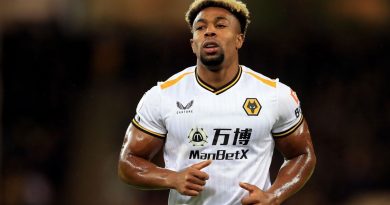 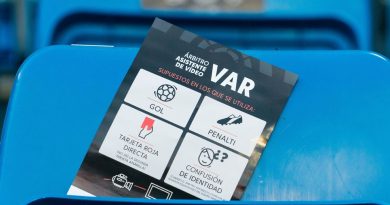 Spanish football will need time to adjust to VAR introduction

Aug 25, 2018 ayman022 Comments Off on Spanish football will need time to adjust to VAR introduction 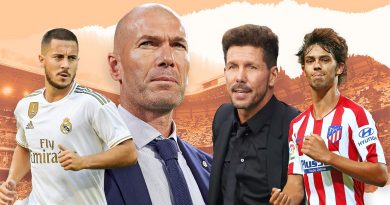