One of their priorities is somebody who can play across the frontline — but not necessarily as an out-and-out No. 9 — and the Red Devils have made enquiries about Antony to potentially fulfil that role.

They had also been looking at new club-record Liverpool signing Darwin Nunez, but he is said to have never been the priority.

Former Ajax coach Erik ten Hag is familiar with both Antony and Timber, who United have retained an interest in while also looking at Villarreal‘s Pau Torres.

Barcelona midfielder Frenkie de Jong is also mentioned in the Sky Sports story, but ESPN reported earlier on Tuesday that Man United and the Blaugrana are in a dispute over the fee that would be paid for the Dutchman to move to Old Trafford.

United fear that Barca are hiking up their fee demands in order to solve their financial issues with one departure, as they are offering close to €60 million plus add-ons while the Catalans want €100m.

United’s main priority still remains the arrival of an all-purpose midfielder and Sky adds the Premier League side have other names on their transfer shortlist.

Arsenal have been heavily linked with Jesus, while Sterling could be heading to Chelsea. One player they hope to sign is Leeds United midfielder Kalvin Phillips.

– Paris Saint-Germain are hoping to sign Internazionale centre-back Milan Skriniar and have offered Thilo Kehrer as part of a deal worth €60m, writes Calciomercato.

However, it is likely the Ligue 1 champions will need to revise their offer if they are to bring in the Slovakia international, as Inter want close to €100m. And while the Serie A side are willing to negotiate, they will not accept any deal including a player.

– Questions surrounding Paul Pogba‘s next club have been floating around seemingly almost as long as he’s been at Man United. But those questions could soon be answered, according to Foot Mercato. The report says the France international has signed a contract that will see him return to Juventus in a deal that it will keep him in Turin for four years.

— Juventus are interested in signing Bologna forward Marko Arnautovic, according to Calciomercato, which adds that the Austrian wants to move but Bologna intend to keep him. The Serie A giants see Hellas Verona‘s Giovanni Simeone and Marseille‘s Arkadiusz Milik as alternatives if they are unable to bring in Arnautovic.

– Marseille are hoping to sign Borussia Dortmund midfielder Axel Witsel as a replacement for Boubacar Kamara, as reported by L’Equipe.

Kamara has already signed for Aston Villa as a free agent and Witsel also has a contract that is culminating this summer, with Marseille having already started discussions.

– Middlesbrough’s Djed Spence favours a move to Tottenham, reports The Athletic, with his permanent departure this summer seeming inevitable.

The England Under-21 international spent last season on loan with Nottingham Forest and helped them earn promotion to the Premier League, but the lure of Champions League football could see him move to North London. 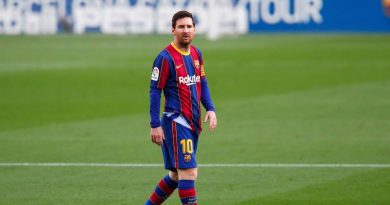 Barcelona’s Gerard Pique on differences with Bayern Munich: How clubs are run

Dec 7, 2021 ayman022 Comments Off on Barcelona’s Gerard Pique on differences with Bayern Munich: How clubs are run

Tottenham have option to extend Bale loan from Real Madrid

May 4, 2021 ayman022 Comments Off on Tottenham have option to extend Bale loan from Real Madrid