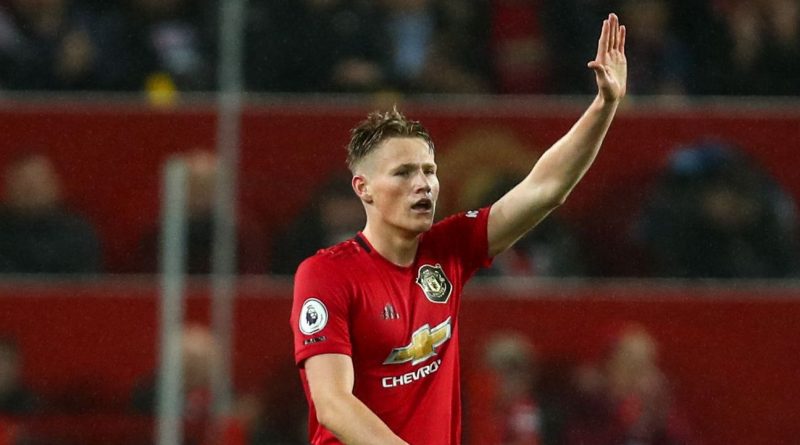 MANCHESTER, England — Manchester United were held to a 1-1 draw by Arsenal after VAR controversy at Old Trafford.

Pierre-Emerick Aubameyang was flagged offside by linesman Scott Ledger before clipping a second-half equaliser past David De Gea, only for the video official to overturn the decision. United manager Ole Gunnar Solskjaer appeared to argue that his players had stopped after seeing the flag go up but referee Kevin Friend awarded the goal that cancelled out Scott McTominay‘s classy opener just before half-time.

The draw leaves United 10th in the table on nine points, marking the first time they have failed to reach double figures after seven top-flight games since 1989.

Daniel James looks like a snip at £15 million. He had Calum Chambers booked inside 10 minutes and helped make McTominay’s goal with a burst of pace toward David Luiz. The 21-year-old is making the step up from the Championship to the Premier League look easy and is quickly becoming a key member of Solskjaer’s squad just three months after arriving at Old Trafford.

It was unfortunate for Axel Tuanzebe that his loose pass into midfield led to Aubameyang’s goal. Up until that point, he had been one of United’s best players even at left-back, a position that is not his first choice. It shows how much faith Solskjaer has in him that Marcos Rojo, who has played at left-back in a World Cup final, was left on the bench.

Ole Gunnar Solskjaer, 6: The United manager picked a team that included six academy graduates with another two on the bench. It was a brave decision to pick Tuanzebe in an unusual position at left-back, and even though he was at fault for Arsenal’s equaliser, his all-round performance justified the selection. With the game in the balance, he was quick to throw on Mason Greenwood, but United could not find a winner.

GK David De Gea, 6 — Made a good double save to deny Bukayo Saka and Matteo Guendouzi at the end of the first half. His kicking could have been better.

DF Ashley Young, 6 — Started at right-back in place of Aaron Wan-Bissaka. Seemed to stop in the build-up to Aubameyang’s goal after seeing the linesman’s flag go up.

DF Victor Lindelof, 7 — Made one crucial challenge on Sako on the edge of the box and did well to block the Arsenal forward’s goal-bound effort moments after the equaliser.

DF Harry Maguire, 7 — Tried his best to get out quickly to play Aubameyang offside but couldn’t escape the VAR. Almost picked out the top corner with a fierce strike from 20 yards.

DF Axel Tuanzebe, 7 — Looked set to start at right-back but was deployed on the left instead. Was playing well before giving the ball away cheaply for Arsenal’s equaliser.

MF Scott McTominay, 7 — Fantastic composure to take a touch and drill his shot into the top corner to put United ahead. Should have had a second with a close-range header.

MF Paul Pogba, 6 — Passed fit despite aggravating an ankle problem against Rochdale. Barged Guendouzi off the ball to set up a good chance for Marcus Rashford.

MF Jesse Lingard, 6 — Tried to put the Arsenal defence under pressure when they had the ball and put in a lot of work without much reward.

FW Andreas Pereira, 6 — Enjoyed one brilliant run before forcing Bernd Leno into a good save with the first shot of the night after 28 minutes.

FW Daniel James, 7 — It was his pace on the break that caused panic in Arsenal’s defence in the build-up to McTominay’s goal. Served as United’s main attacking threat.

FW Marcus Rashford, 6 — Recovered quickly from a groin injury to start. Played his part in McTominay’s goal after recovering the ball from the byline.

MF Fred (for Jesse Lingard, 74), NR: Not enough time to make an impact.

FW Mason Greenwood (for Andreas Pereira, 74), NR: Hustled around the pitch but unable to create. Missed his shot with minutes left despite the ball sitting up nicely for him inside the box. 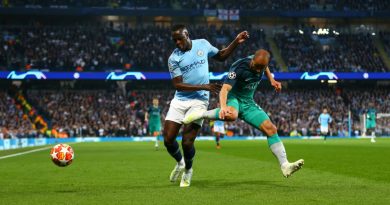 Apr 19, 2019 ayman022 Comments Off on After UCL epic how will Man City and Spurs recover United’s sole focus is top four 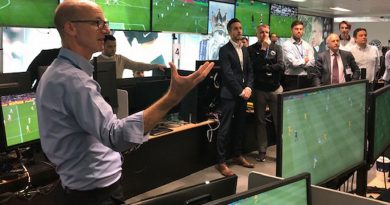 Nov 23, 2019 ayman022 Comments Off on VAR in the Premier League ‘a learning curve’ for everyone – Mike Riley 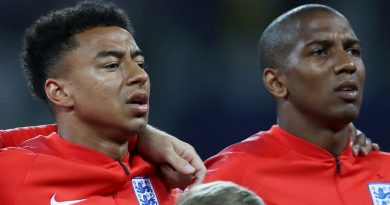 Jun 20, 2018 ayman022 Comments Off on Many of Manchester United’s stars are proving their worth at the World Cup