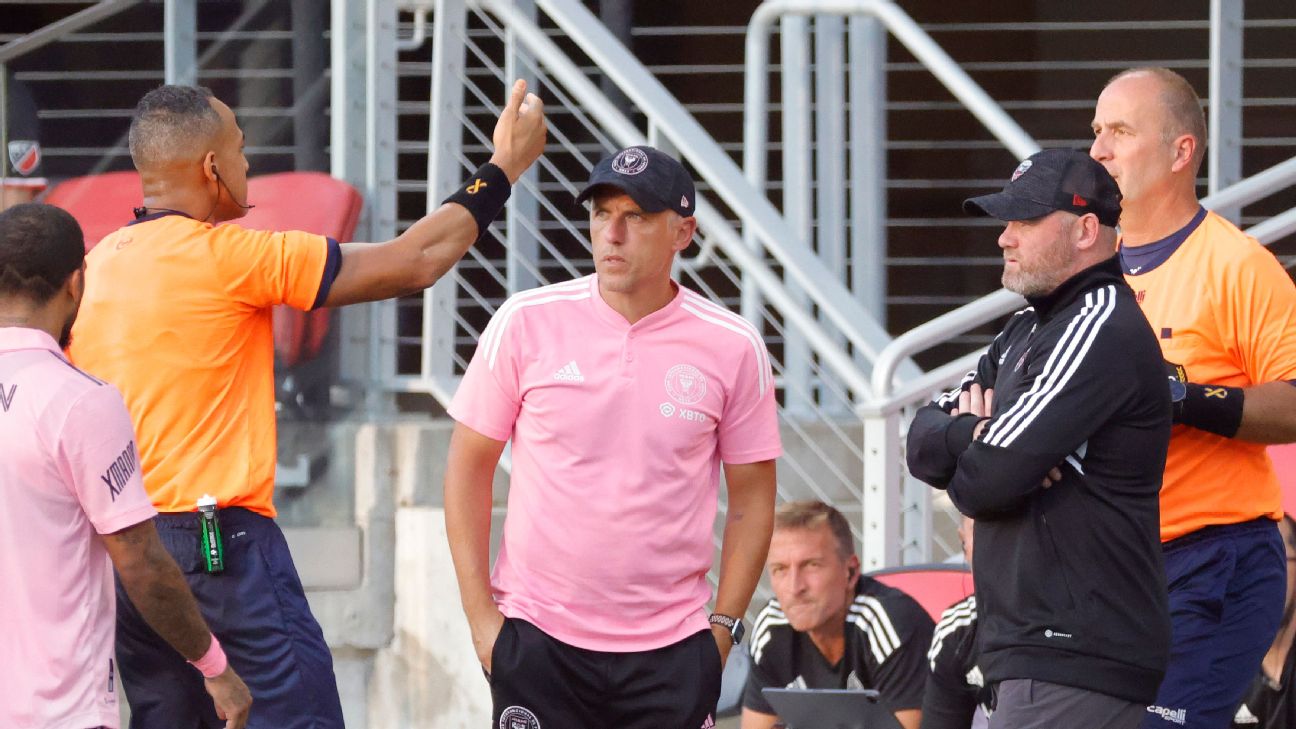 MLS said it will investigate the alleged use of a racial slur in Sunday’s match between Inter Miami and D.C. United, in which it is alleged that DCU forward Taxi Fountas directed the N-word at Inter Miami defender Damian Lowe.

“MLS has zero tolerance for abusive and offensive language and we take these allegations very seriously,” an MLS spokesperson said in a statement to ESPN. “An investigation into this matter will begin promptly. Further information will be provided upon completion of that investigation.”

A D.C. United spokesperson also issued a statement, which read: “D.C. United are aware of the allegations involving a player during the match against Inter Miami CF. The club will work closely with Major League Soccer and Inter Miami to investigate the incident.”

The alleged incident occurred around the 59th minute of a 3-2 Miami victory. It followed a scuffle between Fountas and Lowe. Miami defender Aime Mabika then reacted angrily at Fountas. Referee Ismail Elfath cautioned both Fountas and Lowe over the incident, but then proceeded to confer with the captains of both teams as well as the respective managers, Inter Miami’s Phil Neville and D.C. United’s Wayne Rooney.

In response to a postgame question from a pool reporter, Elfath said neither he nor any other member of the officiating crew heard a racial slur being used. Following a delay of several minutes, play continued, but Fountas was subbed out in the 66th minute.

Rooney said, “There was a complaint, which I’m sure will get investigated. Not much more I can say.”

It was left to Neville to reveal the nature of the confrontation.

“We need to address an issue that maybe in the past was swept under the carpet, but we’re a club that is proud of our diversity and inclusion in our staff and supporters, and there is no place at all for racism on a football field or society,” Neville said during his postgame news conference. “A word was used that is unacceptable in society. It is the worst word in the world.”

Miami defender DeAndre Yedlin later said on a postgame videoconference that the players informed Neville they wouldn’t continue unless something was done about Fountas. Rooney soon made the decision to sub out Fountas.

“We came out with the win, but at the end of the day, it doesn’t even feel like a win because of that incredibly dark moment, so now we’ll see what MLS does about it,” Yedlin said. “My eyes will be on that a lot. It’s up to them to take action and make a stand and show that it not only has no place in the game but no place in society.”