There have been underdog teams in the 2021 MLS Cup playoffs, and then there is Real Salt Lake. You’d be forgiven if you didn’t predict they’d get this far — please forgive us, Utahns.

To call RSL’s path to the MLS Western Conference final on Saturday a bumpy one would be an understatement. Salt Lake doesn’t have a permanent manager after Freddy Juarez left abruptly in August to accept an assistant job with the Seattle Sounders — a demotion viewed as a step up ought to illustrate the club’s disarray. RSL don’t really have an owner either; Dell Loy Hansen was forced to put the club up for sale last year amid accusations of racism and fostering a toxic culture. MLS later took over the sales process, but no deal has been finalized.

“This last year has felt like five years to me,” interim RSL president John Kimball said after the club passed its one-year mark of being for sale.

The lack of certainty within the organization has trickled down to an on-field product that has looked far from convincing. So unconvincing, in fact, that before the playoffs began FiveThirtyEight projected a long-shot 9% chance for RSL to reach Saturday’s Western Conference final against the Portland Timbers.

“We’re just shutting a couple mouths up as we go and we’re loving it, man,” RSL goalkeeper David Ochoa said on ESPN’s Futbol Americas podcast. “We’re in a good spot right now. We’re feeling confident. I think we’re going to get another result again on Saturday vs. Portland.”

RSL may be proving the pundits and projection models wrong, but it’s easy to see where all the doubt came from. Salt Lake barely eked its way into the playoffs in the first place, needing a 95th-minute goal from Damir Kreilach on Decision Day just to get the Western Conference’s final playoff spot. Oh, and in that game, the referee missed an obvious penalty against RSL that probably would’ve left them below the playoff line.

Then, in the first round of playoffs, RSL bunkered for their lives and didn’t register a single shot against Seattle — not a shot on goal, just a shot, period. They barely even sniffed a shot, earning a single corner kick and crossing the ball just seven times in the entire game, which went to extra time. The match ended 0-0 and somehow, someway, RSL advanced on penalty kicks. The Sounders had been slammed by injuries and were playing their worst soccer all year at the wrong time, but RSL seemingly had no business continuing in the playoffs after that ugly, try-not-to-lose showing.

“We think that there’s no better mentality than having zero shots and still winning,” Ochoa, one of the league’s premier antagonists, said afterward, reveling in the absurdity of it.

But then something remarkable happened. Maybe it was “fake it until you make it,” or maybe RSL, after their unorthodox path through the postseason, started to believe they were destined for a bigger reward at the end of this slog of a year. Whatever it was, in a Western Conference semifinal on the road against Sporting Kansas City and in front of the famed Cauldron of fans, RSL played like a team that believed in itself.

Against an SKC team that, player-for-player and dollar-for-dollar, should be the superior one, RSL played to win. They had more possession, more passes, more touches, more successful take-ons, more crosses, more shots, more expected goals — more everything you would expect in a team that dominated. RSL came back from being down a goal to win 2-1.

All the while, Salt Lake was missing one of its best two attacking players, Albert Rusnak, due to a positive COVID-19 test. Take Rusnak, the club’s most expensive player, out of the equation, and RSL’s roster has the lowest overall cost in all of MLS, according to the MLS Players Association salary information. Sporting KC, meanwhile, are in the top half of the most expensive rosters in the league.

“The culmination of all of the things that happened during the season prepared us mentally and tactically for moments like tonight,” interim head coach Pablo Mastroeni said of the win over SKC. “The guys went down a goal and, away from home, it’s easy to get loose and chase it. But we stayed the course.”

A bit of credit has to go Mastroeni, who took over after Juarez’s departure. As playoffs approached, Mastroeni abandoned his fanciful ideas and got more practical to avoid the lopsided blowouts that had become all too common down the home stretch of the regular season. He moved away from an open 3-5-2 formation to something more defensively sound that has made RSL much harder to beat.

But the team’s star of the playoffs so far has been their goalkeeper, Ochoa, with center-backs Justen Glad and Marcelo Silva playing key roles as well. It says something about RSL’s run that defensive players have been heroes for team, despite forward Bobby Wood scoring the game-winner off the bench against Sporting. Their bench players, including Wood and Justin Meram, do deserve credit for keeping RSL in games, and it just might figure into Saturday’s match in Portland.

Now, the lingering question is how much further RSL can take it. If they beat the Timbers — still a big if — they are into MLS Cup (Dec. 11, 3 p.m. ET; stream live on ABC), and perhaps they can take a little inspiration from the NWSL’s Washington Spirit.

No team dealt with more public chaos than the Spirit this year — an abusive coach the league had to ban because the Spirit’s CEO refused to fire him, a public ownership battle in which the players demanded the majority owner sell, and multiple game forfeits due to a COVID-19 outbreak. Through the chaos, the Spirit won the NWSL final, becoming the unlikeliest champion anyone could imagine.

Major League Soccer is here! Coverage of all 27 teams with live games, replays, highlights.
Sign up now to stream soccer on ESPN+

RSL now have the chance to offer an alternative unlikeliest champion, and maybe dysfunction can become the new winning formula.

Salt Lake’s path to chaos started last year when Hansen bizarrely made a protest over racial injustice all about him, angering fans and players alike. Then came the allegations that Hansen had been making racist, offensive comments for years and fostered a toxic club atmosphere for racial minorities and women.

While both the Houston Dynamo and Orlando City were sold to new owners this year, RSL remain in limbo, their future unclear. It’s been 15 months since it was announced that Hansen would sell the team. MLS engages in the curious practice of handing trophies to team owners when they win championships, and if RSL do the unthinkable and win it all, it’s unclear who MLS commissioner Don Garber would give it to. Maybe it can go straight to the players — after all, they would’ve earned it.

RSL advancing past the Timbers is still the longest of long shots. There are only four teams left in the MLS playoffs, and FiveThirtyEight still gives RSL just an 8% chance to win the trophy, the rest of the odds shared evenly by the other three teams. But Salt Lake has already defied the odds twice — what’s another time or two?

As Mastroeni famously once said: “Stats will lose to the human spirit every day of the week.” Whether it’s spirit or the blessing of the soccer gods controlling their destiny, something is up with this RSL team that, on paper, shouldn’t still be standing — and it’s been pretty remarkable. 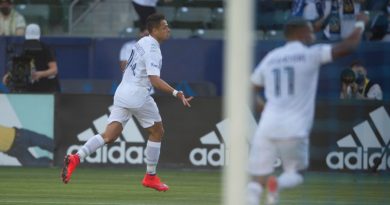 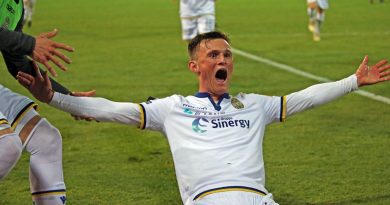 Apr 4, 2019 ayman022 Comments Off on “You’re not in Scotland now” — Why Liam Henderson left superpower Celtic for the Italian second division