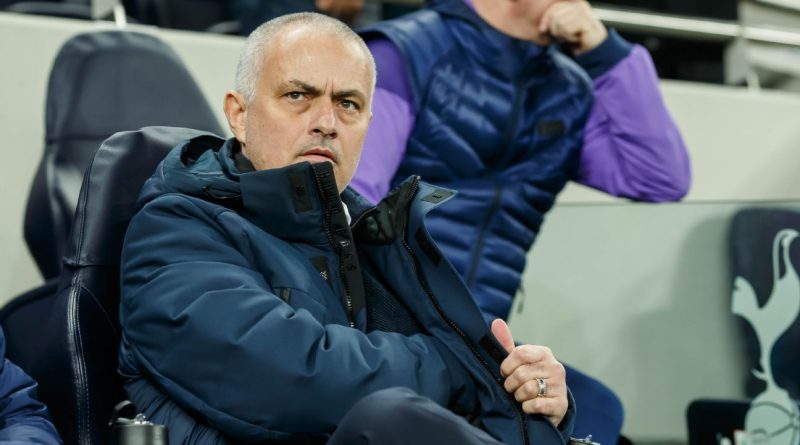 On Wednesday at Tottenham Hotspur Stadium, we saw a team show glimpses of the old Tottenham Hotspur, the young, vibrant side that thrilled everyone under Mauricio Pochettino and came so close to a couple of improbable title wins.

The problem was that team was RB Leipzig.

Tottenham will go into the second leg of this Champions League knockout tie with a fighting chance, only 1-0 down when it could have been so much worse. They might try to convince themselves that in the absence of their two most potent attackers, Harry Kane and Son Heung-min, and against an in-form team pushing Bayern Munich for the Bundesliga title, this was a decent result and performance.

In truth, they were lucky to get away with just that one-goal deficit. It could have been three or four in the first 20 minutes alone, when Leipzig had 10 shots to Tottenham’s one, only the German side didn’t take the chances they created. Afterward, head coach Julian Nagelsmann expressed mild irritation that the scoreline didn’t reflect Leipzig’s dominance more accurately, with the only goal coming from a second-half Timo Werner penalty. “We should have scored more than one,” he said. “Sometimes young teams get frustrated and impatient [when they don’t score immediately].”

The concern for Tottenham is that this is far from the first time that has happened to them under Jose Mourinho: Sooner or later, their tactic of “hoping the opposition misses all their chances, and then we’ll nick one” was going to backfire. That’s a little reductive, perhaps, but it isn’t the worst broad summary of how they got victories in their past two Premier League games, against Manchester City and Aston Villa. Of course, they were significantly hampered by Kane and Son being injured here, but there is some middle ground between that impacting their play and the idea that it was absolutely impossible to compete with Leipzig.

The real objection to this performance was not that Tottenham didn’t create many chances but that they barely tried to. They lacked any sort of ambition, creativity eschewed in favour of rather hopeful long passes aimed downfield, in the vague hope that one of their makeshift forwards would make something of it. That in itself presents a curious logic: When your attackers aren’t as good as usual, why make it more difficult for them by not trying to create chances?

“We are in a very difficult situation,” Mourinho said after listing the assorted fitness problems within his squad, as if he were a military leader scrolling through the number of casualties his men had suffered in some bloody battle. “What worries me is this is going to be the situation until the end of the season. The situation is going to be exactly the same, so I’m so, so proud of the players.”

What should be most frustrating is that Tottenham showed they could compete in the closing stages, after Tanguy Ndombele and Erik Lamela came on and changed the impetus of the game entirely. Lamela, as Mourinho was extremely keen to make clear afterward, might not have been 100 percent fit, but those last 20 minutes or so, when Tottenham chose to play like a home side rather than a Tony Pulis cypher, were basically Spurs saying, “This is how we could have played, but we chose not to.”

The words of Mourinho’s captain, goalkeeper Hugo Lloris, indicated that this isn’t just a conclusion reached from the stands. “I want to stay positive, especially after the last 20 minutes. Obviously, if we started the game in the same way, the score would be different.”

The truth is that Tottenham, as a club, are entirely to blame for this performance. Firstly, for appointing Mourinho at all because if they didn’t know they were going to get an approach like this in big games, then they haven’t been paying attention the past few years. But they did know. They just decided it was worth it if Mourinho could get them winning.

Secondly, they are to blame for not signing a striker in January, the most obvious consequence being that if Kane and Son are out of action, they’ll be forced to bodge together an attack, on this occasion starting with Dele Alli and Lucas Moura up front in a sort of 4-4-2 system, presumably with the logic that if you don’t have a striker, you might be able to make one out of two midfielders. This decision to not sign a striker also gives Mourinho licence to play the “poor, old me” act, to shrug his shoulders and say there’s nothing else he could’ve done, whether that’s true or not.

That was the vibe of his postmatch news conference, emphasising not only the injuries that his team have suffered but also how tired his players are. All of which is getting pretty tiresome, particularly his insistence that he would love to “go to July 1” with all of his squad fit. It’s obvious what he’s doing — presenting the rest of the season as a lost cause so that anything above that makes him look like a genius — but it doesn’t make it any more palatable.

Mourinho rejected the premise of a question that suggested his team had played badly, not only refusing to answer it but also picking out the questioner on his way out of the news conference, sarcastically saying “great question, mate.” And some people thought he had changed.

He’s right. It is open. But if they play like this again in the return, it probably won’t be for long.

Mastercard Ambev back away as Copa America sponsors

Jun 9, 2021 ayman022 Comments Off on Mastercard Ambev back away as Copa America sponsors 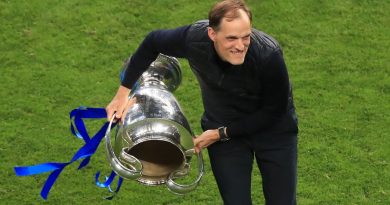 May 30, 2021 ayman022 Comments Off on Thomas Tuchel hints at Chelsea extension after Champions League triumph