It was another weekend of thrills in Major League Soccer, as the New England Revolution (Eastern Conference) and Seattle Sounders (Western Conference) extended their leads over the rest, Ricardo Pepi returned from a stellar USMNT debut with a goal for FC Dallas, and the Houston Dynamo ended a historic slide of 16 games without a win. (They beat their new neighbors in Texas, Austin FC, to get there.)

Find out where your team sits in our Week 19 Power Rankings.

Welcome back Tajon Buchanan. Days after an impressive stint with Canada‘s national team, Buchanan came off the bench to score the winner in a 2-1 win over NYCFC, making it his fourth league match in a row with a goal. The victory allowed the Revs to maintain their lead in the conference (14 points) and Supporters Shield (10 points) races. — Carlisle

A 22nd-minute goal from Joao Paulo gave Seattle all it needed to beat Minnesota, 1-0, keeping its spot atop the Western Conference standings in the process. The win is a precursor to Tuesday’s League Cup semifinal against Santos Laguna, which Sounders head coach Brian Schmetzer has indicated is a team priority. — Bonagura

The Rapids’ push to reach the top of the Western Conference standings was in good shape until a late Galaxy goal tied the score and the teams shared the points. Colorado is unbeaten over its last eight matches. — Bonagura

Walker Zimmerman was the hero at both ends of the field in a 1-0 win over Montreal, heading home the game’s only goal and later delivering a vital block to preserve the win. After going winless in its first seven road games, Saturday’s win was its second in a row away from home.— Carlisle

Playing a rare game against an Eastern Conference opponent, Sporting Kansas City made quick work of Chicago, scoring twice in the first six minutes in a 2-0 win. Midfielder Jose Mauri had a strong performance and scored the opening goal before Johnny Russell added the second. — Bonagura

Gonzalo Pineda won his first match as Atlanta manager, beating Orlando 3-0 and giving the Five Stripes five wins in their last six. With Luiz Araujo, Marcelino Moreno and Ezequiel Barco rounding into form — oh, and Josef Martinez and Miles Robinson will be back soon — Atlanta is positioned to do some real damage down the stretch.— Carlisle

Orlando’s seven-game unbeaten streak came to an emphatic halt in a 3-0 defeat at Atlanta, a match where the Lions seemed a step slow all night. Seven goals in seven games — even after last week’s three-goal outburst against the Crew — hint that manager Oscar Pareja has some tinkering to do with the team’s attack.— Carlisle

The Union had a welcome weekend off ahead of Wednesday’s second leg encounter against Club America in the CONCACAF Champions League. It’s a daunting task, with Philadelphia needing to make up a two-goal deficit against a team that is five points clear at the top of the Liga MX standings.— Carlisle

It’s tough to reach many conclusions after NYCFC’s 2-1 loss to New England. The absences of Jesus Medina and Maxi Moralez — both suspended — clearly hurt, as did the injury to Santiago Rodriguez and the second-half ejection of Alfredo Morales. NYCFC is a talented side, but its road form remains a concern.— Carlisle

The Galaxy continues to hover in the middle of the Western Conference playoff field, which is a great spot considering Chicharito missed 12 straight games with a calf injury before starting in a 1-1 draw with the Rapids on Saturday. Samuel Grandsir‘s equalizer came in the 80th minute after Colorado was the slightly better team for most of the game. — Bonagura

Inter Miami’s rise up the table has been aided by tighter defending in the back, as well as some sharp goalkeeping from Nick Marsman when called upon. Saturday’s 1-0 win over Columbus was Miami’s third clean sheet in a row. — Carlisle

The Loons got a strong performance from goalkeeper Tyler Miller, but a 22nd-minute Joao Paulo goal gave the Sounders all they would need in a 1-0 win. Sitting sixth in the Western Conference, Minnesota has two key matches this week against Sporting Kansas City and the LA Galaxy. — Bonagura

An early Oswaldo Alanis penalty was nullified by a Ricardo Pepi goal as San Jose drew 1-1 with FC Dallas to remain three points back of the playoff line. San Jose is one of the most mercurial teams in MLS over the past few years and should remain a factor in the playoff race. — Bonagura

Oh, Yordy Reyna. The Peruvian has been so good of late, but missed a sitter that would have turned one point into three. Instead, the Black-and-Red had to settle for a 1-1 draw with the Red Bulls. On the plus side, Ola Kamara scored his 13th of the year via the penalty spot, while Paul Arriola and Donovan Pines returned after injury layoffs. — Carlisle

It’ll go down as an own goal, but Sebastian Blanco and Felipe Mora did well to create the danger in the 66th minute as Portland beat Vancouver, 1-0. The Timbers have won three straight without conceding. — Bonagura

The Whitecaps’ 10-match unbeaten streak came to an end after a second-half own goal from Ranko Veselinovic gave Portland a 1-0 win. As a result, Vancouver remains on 29 points, which is one point back of the playoff line, where Real Salt Lake sits in seventh ahead of LAFC on goal differential. — Bonagura

Going up against a Nashville side that is one of the league’s stingiest, Montreal rarely threatened in losing 1-0 despite a big edge in possession. With five games in the next 18 days, CFM’s depth will be tested and with Mason Toye likely out for the season after shoulder surgery, the likes of Bjorn Johnsen, Djordje Mihailovic and Romell Quioto will need to pick up the scoring slack.— Carlisle

It took a comical own goal from Real Salt Lake to happen, but LAFC recorded its second straight win, doing so without both Carlos Vela and Brian Rodriguez. Cristian Arango scored two goals in the 3-2 win, proving to be a good midseason acquisition from Colombia. — Bonagura

Real Salt Lake found a pair of equalizing goals at LAFC only for the home side to take a 3-2 lead on a bizarre own goal. It was an important result for LAFC, which pulled even with RSL in the standings as a result. The teams are both on 30 points with RSL in the final playoff spot, as things sit, due to goal differential. — Bonagura

Seats are filling up quickly on the Ricardo Pepi Hype Train. After a breakout performance for the United State in 4-1 against Honduras in World Cup qualifying, Pepi returned to Dallas and scored his 12th goal of the season. It only helped Dallas secure a draw against San Jose, but the young talent still make Dallas a team worth watching. — Bonagura

On the Goalkeeper Howler Scale, Bobby Shuttleworth‘s fourth-minute gift to Sporting Kansas City went to 11. Combined with another goal allowed two minutes later, the Fire didn’t give itself much of a chance in a 2-0 defeat. Chicago is now eight points out of the seventh and final playoff spot.— Carlisle

Saturday’s 1-1 home draw with D.C. United didn’t do much to help the Red Bulls’ playoff prospects, as they’re still eight points below the playoff line. One glimmer of hope was the play of Dru Yearwood, who bagged his first professional goal.— Carlisle

After 16 games without a win, the Dynamo’s nightmare streak has officially come to an end. As a bonus, the 3-0 win against in-state rival Austin FC lifted Houston out of last place. This, of course, only masks the major problems that exist within the club. — Bonagura

There’s been an impulse to think that Columbus would turn things around given last year’s MLS Cup triumph and the talent on the roster. But this is a team in real trouble after falling to Miami 1-0, its eight loss in nine games. Defensively the Crew have been suspect of late, with Josh Williams‘ error proving costly in this latest defeat.— Carlisle

FC Cincinnati takes a 2-0 lead over Toronto FC in the 58th minute as Haris Medunjanin ricochets a ball into the net for a goal.

Cincinnati finally got a win at TQL Stadium four months after it opened, beating fellow strugglers Toronto 2-0 to snap its 12-game winless streak. Brenner scored his sixth of the season, but with games coming up against Atlanta and NYCFC, the challenges will increase. — Carlisle

Austin’s first season has been a success from a commercial and cultural standpoint, but the talent to win at a high level just isn’t there. A 3-0 loss to Houston saw Austin fall into last place in the Western Conference and any serious talk of a playoff berth likely ended weeks ago. — Bonagura

Toronto looks completely beaten at this stage and never looked like getting back into Saturday’s 2-0 defeat to Cincinnati once Brenner put the home side on top. TFC has some decent pieces in Alejandro Pozuelo and Yeferson Soteldo, but otherwise some significant changes to this roster are in order. — Carlisle 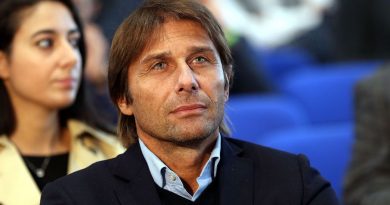 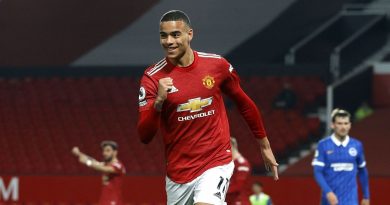 Apr 4, 2021 ayman022 Comments Off on Greenwood shows he can be the man to help limping Man United over the finish line

Coman and Sule could go as Nagelsmann rebuilds

May 20, 2021 ayman022 Comments Off on Coman and Sule could go as Nagelsmann rebuilds