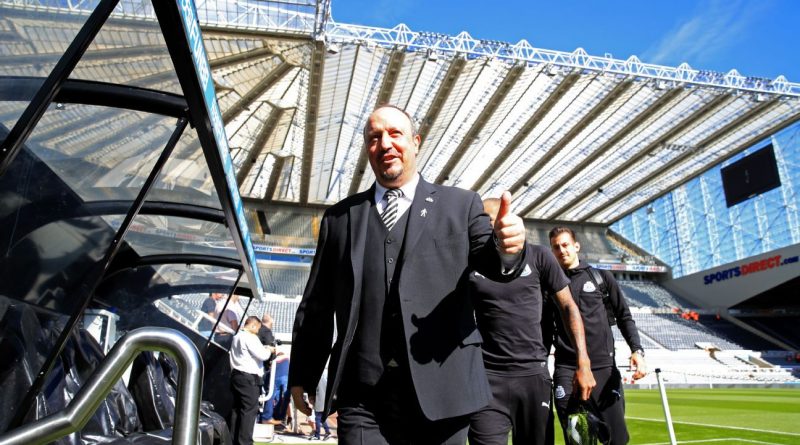 On Tuesday night, several hundred Newcastle fans packed into the Sage, a venue in nearby Gateshead, to hear stories from former manager Kevin Keegan. Over a light-hearted 90 minutes the tales poured forth from a time, two decades ago, when the Magpies boasted the most entertaining team in the land. Keegan, a compelling raconteur, punctuated his reminiscences with a simple message: “The good times will come back again to Newcastle United.”

Keegan is an incurable optimist but, at the moment, that seems quite a stretch. Contrast that evening with the scenes around 24 hours later in Newcastle city centre as Mike Ashley, the club’s owner, appeared to make a “V” sign gesture to protesting supporters — who were chanting “Where’s the money gone?” — upon leaving a much publicised meal with Rafa Benitez and his squad.

Ashley, there for what was meant to be a bridge-building exercise amid continuing criticism of his distance and aloofness from its day-to-day existence, denied it was intentional. But, whatever the truth, the two events accurately capture the state of affairs of a club that is effectively at war with itself.

“You’ve got two people who should be on the same side, the owner and the fans, outright fighting against each other,” Jonathan Drape-Comyn, a writer for leading Newcastle fanzine The Mag, tells ESPN FC. “At the moment it’s almost like a PR battle.”

Newcastle’s visit to Old Trafford on Saturday would — given Manchester United’s own plight — appear a golden opportunity to ignite their season if their own situation was not so desperate.

The club have already been relegated twice since Ashley took over in 2007 but this time things feel different. In the past they have gone down with a core of players who were clearly too good for the Championship, adding others who knew the ropes and could drag them out of the second tier. Nobody, this season, has much faith in a side whose football Drape-Comyn describes as “pretty diabolical.” The feeling is that Newcastle are spiralling downwards with no guarantee of recovery.

The statistics bear that out. A fiendish set of early-season fixtures brought narrow defeats to Tottenham, Manchester City, Chelsea and Arsenal but far more concerning is the fact that games against Cardiff, Crystal Palace and Leicester failed to yield a goal.

Yet nobody blames Benitez, so impressive last season, even if there is some acknowledgement that his caution when facing the bigger sides risks being self-fulfilling against beatable opposition.

In a Premier League where riches are greater than ever, he is operating with one hand tied behind his back. Yes, he was allowed to bring in seven players — including loanees Kenedy and Salomon Rondon — during the summer. But around £45 million was brought in from sales and the club’s outlay on transfer fees was a relatively paltry £22.5m.

The resources to strengthen, and ensure finishes like last season’s 10th place no longer appear to be a superhuman feat by the manager, should be there. Instead, Newcastle look thin all over the park.

“When the team, squad and club have been depleted so much over a long period of time it’s hard to get yourself going,” says Drape-Comyn, referring to the flat atmosphere that prevails nowadays around St James’ Park, which is traditionally known as one of England’s more raucous venues.

In the recent 2-1 home defeat to Arsenal, Newcastle started well and the crowd responded in kind. After the break they quickly went one down, then two, and resignation fogged the air immediately — before spilling over into chants of “Mike Ashley, get out of our club.” Drape-Comyn pinpoints a feeling of helplessness.

“If the majority thought the manager was the problem you could do something about that, put some pressure on,” he says. “But at the moment, after such a long time, the frustrating part is knowing that, as a normal person, you really can’t do anything about it.”

The prevailing impression on Tyneside is that, while rumours swirl of a takeover bid from the ex-Manchester United and Chelsea chief executive Peter Kenyon, Ashley has no genuine intention of selling the club for as long as his business (Sports Direct) receives positive exposure through the club.

It means Benitez, who has made little secret of his frustrations with the regime but on Friday played down this week’s dinner as “very common in any team,” will likely leave when his contract expires at the end of the season. And Newcastle will be forced to find someone else to drag them out of the mire.

For now, Benitez has little choice but to manage his relationship with Ashley and seek common ground, while hoping the supporters can make enough of a truce to channel their energy into a relegation fight themselves. The “Magpie Group,” who have been protesting vociferously against Ashley, met on Wednesday night while owner and manager were breaking bread — they feel action is needed and the stakes could hardly be higher.

“What’s been going on in the last couple of years is nothing new,” Drape-Comyn says. “It’s not that things are getting worse, they’ve been like this for 10 of 11 years. But it’s all coming to a head now because of Rafa. Fans see a manager who on paper is too good for the club, especially the club under Ashley, and if he leaves they can see how it’ll go.”

For better or for worse, the current impasse will surely be broken between now and the next season. But if Keegan’s prophecy of a return to those carefree old days is to come true, Benitez needs to be the last man standing. 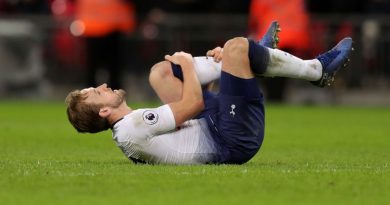 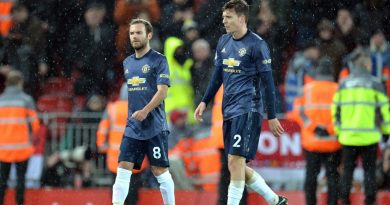 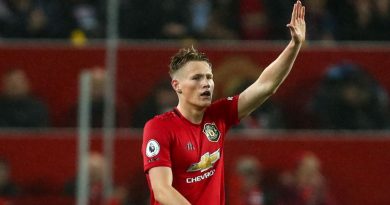 Oct 1, 2019 ayman022 Comments Off on McTominay, James, Tuanzebe 7/10 though Man United settle for draw vs. Arsenal