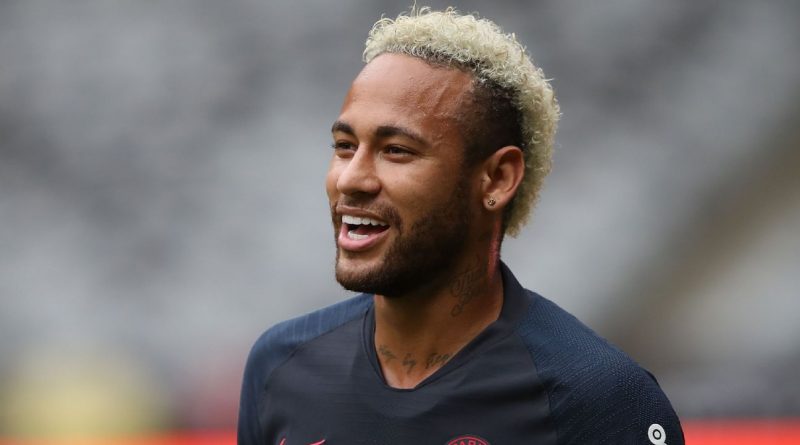 ANN ARBOR, Mich. — Barcelona midfielder Carles Alena says it would be hard to take if Neymar signed for rivals Real Madrid as he called on the Brazilian to return to Camp Nou this summer.

Paris Saint-Germain sporting director Leonardo has confirmed discussions are ongoing with other clubs over Neymar’s future but didn’t reveal which one the talks are with,.

Sources have told to ESPN FC that Barca would be interested in re-signing the forward, despite the way he quit the club for PSG in a world record €222 million deal two years ago.

Barca could face competition for Neymar from Madrid, though. Los Blancos may make a move after failing to push through a deal to sign French midfielder Paul Pogba from Manchester United.

Gerard Pique said in Miami earlier that he would be “delighted” to have Neymar back in Barcelona and Alena echoed those comments after Saturday’s 4-0 win over Napoli at Michigan Stadium.

“It would hurt if Neymar went to our eternal rival, especially after playing [for Barcelona],” the Spain U21 international told reporters after Saturday’s match.

Alena played an important role as a strong Barca side warmed up for Friday’s La Liga opener against Athletic Bilbao by thumping Napoli in consecutive U.S.-based friendlies

The academy graduate helped set up two of the four goals, with Luis Suarez scoring twice and Antoine Griezmann and Ousmane Dembele also on target.

“Carles has got better and better in preseason, growing little by little,” coach Ernesto Valverde said in his postgame news conference. “He adds a lot in the middle –he can play, he gets forward, he scores goals… I think he scored 13 goals in the second division [for Barca B two years ago].

“After spending last season with the first team, he’s more mature. In that sense, he’s a stronger player and someone that can help us this year.”

Valverde was also happy to see all three of his forwards on target. Suarez’s brace took his preseason tally to three, while Griezmann netted his first goal since joining from Atletico Madrid for €120 million in July.

Along with Dembele, they’re both likely to start at San Mames next week after Valverde admitted captain Lionel Messi who missed the club’s tour of the United States with a calf problem, is unlikely to be ready.

“Messi is back in Barcelona doing recovery work,” the coach said. “I don’t have any updates [on his fitness] but it’s difficult to imagine he will be available for the Athletic game.” 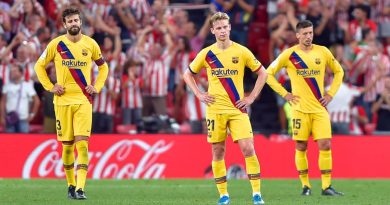 Barcelona are losing the ideology that makes them unique

Aug 20, 2019 ayman022 Comments Off on Barcelona are losing the ideology that makes them unique 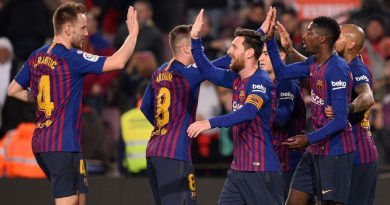 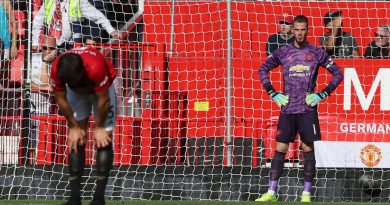