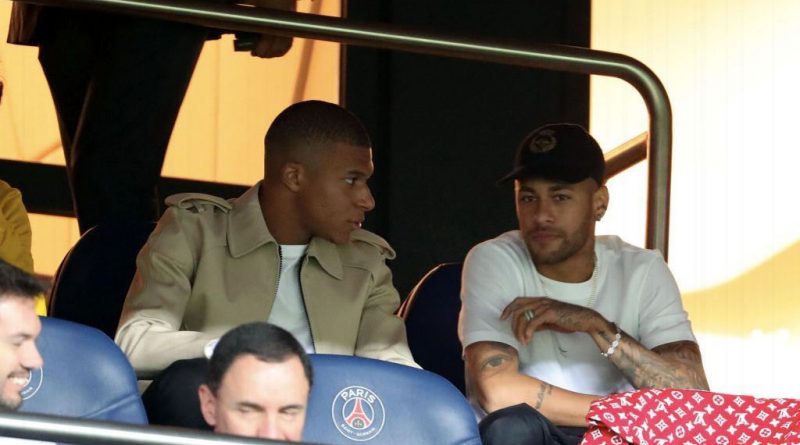 Paris Saint-Germain coach Thomas Tuchel said Neymar didn’t know if he was ready for their 4-0 Ligue 1 win against St Etienne, so he elected to rest his star striker.

The Brazil international was in the stands alongside suspended teammate Kylian Mbappe to watch the French champions register their fifth victory from as many Championnat matches through Julian Draxler, Edinson Cavani (penalty), Angel Di Maria and Moussa Diaby goals.

“Neymar and I spoke on Thursday,” said the former Borussia Dortmund and Mainz 05 boss. “I told him that he was not going to play and that he could not train. However, Neymar felt good and took part in the whole session.

“That night, he was unable to sleep. I asked Neymar at 10 GMT on Friday how he was, and his reply was ‘I do not know.’ When he told me that, it was an alarm in my head.

“Neymar played 90 minutes on Wednesday with Brazil, so I did not want to take any risks. Together, we decided that he would not play.”

PSG’s No. 10 will be back for the Champions League Group C opener away at Liverpool next week and Tuchel knows that Anfield will be a difficult place to go.

However, the 45-year-old rejected the idea that Ligue 1 matches are comparatively easy.

“I know that many people view the Liverpool match as the most important,” Tuchel said. “However, I say that whether we play in Nimes, or Guingamp, or at home to Saint-Etienne, every game is difficult.

“We know that Anfield is one of the toughest trips in Europe. Saint-Etienne was a good rehearsal. It was good for our confidence ahead of Tuesday’s match at Anfield against Liverpool. It will be a big test for us. We are confident, though.”

Speaking in the mixed zone at Parc des Princes after the match, midfielder Marco Verratti expressed his happiness at being back on the pitch and teeing Draxler up for his goal, while the Italy international also admitted that he regrets the red card that will keep him out of next week’s Liverpool clash.

“I am very happy to be back on the pitch,” said Verratti. “I hope that now that I will be able to string together some matches. Julian managed to score a great goal, because my pass was not that great — it was really impressive. We are growing in confidence with each win and that is very positive.

“We know that Liverpool will be very different. They are a team that is very good at home. They also have Champions League experience and reached last season’s final… This sort of match is good — we know that it will be a very tight game.

“If we get out of this group, we will do so with greater confidence. When I saw the calendar, I was hoping that this would not be the first match — I still regret my red card from last campaign.”

Right-back Thomas Meunier thinks that Liverpool will be a good gauge of the squad’s progress made under Tuchel, but does not agree that it could decide the outcome of Group C.

“Liverpool will enable us to measure ourselves a bit,” the Belgium international said to Canal+. “However, the group stage as a whole will also demonstrate our qualities. We can play with a bit more of a risk factor, perhaps.

“In the group, you are always able to catch up a bit. Liverpool will reveal something but most importantly it will give us a better idea of our situation.”

Lewandowski shows wasteful Spain what they are missing, as Morata, Moreno come up short again

Jun 19, 2021 ayman022 Comments Off on Lewandowski shows wasteful Spain what they are missing, as Morata, Moreno come up short again 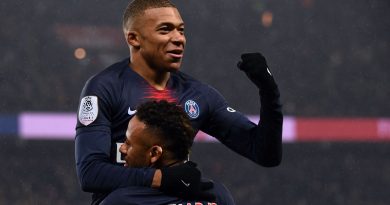