In a marathon competition of 18 rounds, it is probably reckless to talk of one decisive moment. But such an incident is hard to ignore as South America completes its World Cup qualification campaign on Tuesday.

Brazil, Argentina, Ecuador and Uruguay have snared the continent’s four automatic slots in Qatar. There is just one thing left to decide on the last matchday of CONMEBOL qualifiers. Three teams have a chance of finishing fifth and earning the right to play a win and get in match against an opponent from Asia in June. Chile are the outsiders in a battle that is mainly being fought between Peru and Colombia — teams who met in the steaming afternoon heat of Barranquilla at the end of January.

Colombia spent almost the entire game battering the Peruvian defence, who stuck to their task admirably, clearing the crosses, keeping their discipline and setting themselves to repulse the next attack. Peru would surely have settled for a 0-0 draw, but in the 85th minute they launched a rare breakaway. Edinson Flores hit a tame shot towards the near post and Colombia keeper David Ospina, his judgement perhaps warped by an afternoon of inactivity, calculated his angles badly and the ball somehow went through him and in to the back of the net. Had that game finished goalless then Colombia would be in pole position moving into Tuesday’s final round. But the shock defeat changes everything. Peru’s fate is in their own hands and all they need to do is win at home to Paraguay and, for the second successive campaign, the playoff spot is theirs.

More than anything else, this is a test of Peru’s nerve. If they draw they can be overtaken by both Colombia and Chile. And so the clock starts ticking right from the kickoff in Lima, and the longer it takes to score a goal, the more anxiously they will be waiting on news from the other games.

Paraguay may not pack much of a goal threat. They have scored fewer than anyone else in the competition, and they are missing both of the players who were on target in Thursday’s win over Ecuador. Star man Miguel Almiron is suspended, and striker Roberto Morales has picked up a serious knee injury. But, building for the future, the Paraguayans can usually be relied upon to be resilient in defence, and injury has robbed Peru of their most talented creative force in winger Andre Carrillo. It could be a tense night in Lima.

Colombia’s task is simple. They travel to San Cristobal to take on bottom-of-the-table Venezuela, who are in danger of recording their worst campaign since 1998. If Colombia win and Peru don’t, then fifth place belongs to Colombia, who so narrowly missed out on the playoff position in 2002, 2006 and 2010. The coach who took them back to the subsequent two World Cups was the Argentine Jose Pekerman, who is now in charge of Venezuela. On Friday, Pekerman had to take on his native Argentina and lost 3-0. Four days later, he faces James Rodriguez and other stars from his previous employer.

After an astonishing run of seven games without a goal, Colombia finally and predictably broke their fast with a 3-0 stroll at home to Bolivia. The trauma should now be part of the past, and even though Juan Cuadrado will miss the game through suspension, Colombia take the field as favourites against a side going through a rebuilding process. But it could all be too late. Just over 20 years ago Colombia came up with a stunning last round 4-0 win away to Paraguay — and missed out on the playoff spot because their goal difference was inferior by one to Uruguay. It will not matter how many Luis Diaz and company put past Venezuela if Peru win their game, and if it works out like that, many will be left reflecting on that Ospina moment back in January.

If neither Peru nor Colombia manage to win their matches, then Chile are waiting in line. A win at home to Uruguay will be enough to take them up to fifth place and prolong — at least until June — the international careers of the country’s golden generation like Alexis Sanchez, Arturo Vidal, Gary Medel and Claudio Bravo. Many of the current side came up through the 2007 Under-20 team, and took part in the Copa America wins of 2015 and 2016 in the only times the national team has gotten their hands on serious silverware. But little outstanding talent has come through since, and local FA president Pablo Milad is talking of a total restructuring job should Chile fail to make it to Qatar.

Chile will hope that Tuesday’s opponents Uruguay have overindulged in the celebrations after booking their World Cup place with a win over Peru last Thursday. But it would be entirely wrong to think that there is nothing in the game for Uruguay. There are few opportunities to prepare the side for Qatar — just the FIFA dates in June and September. New coach Diego Alonso has started off with three wins, but the fixture list has been relatively kind to him. The attacking lineup that he selected to host Venezuela and Peru is unlikely to be the one that starts in the World Cup. Alonso has some big decisions to take about some of his senior players — and a trip to face a highly motivated Chile side is good practice for him as he goes in search of the correct balance of his team for Qatar.

So, in Santiago, in San Cristobal and in Lima there will be some frayed nerves and straining muscles as the contest to grab the playoff place goes all the way to the final whistle. 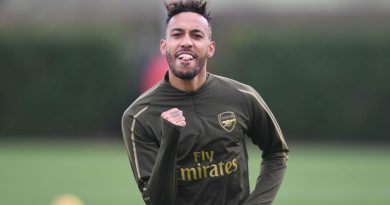 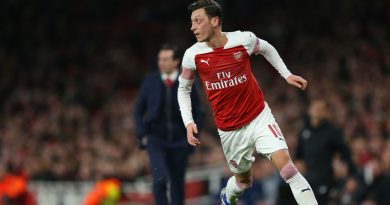 May 15, 2019 ayman022 Comments Off on Arsenal’s Ozil hits unprecedented heights on Mt. Everest 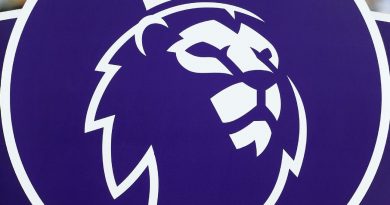 Dec 14, 2018 ayman022 Comments Off on Premier League warns fans to not behave ‘unacceptably’ amid alleged incidents