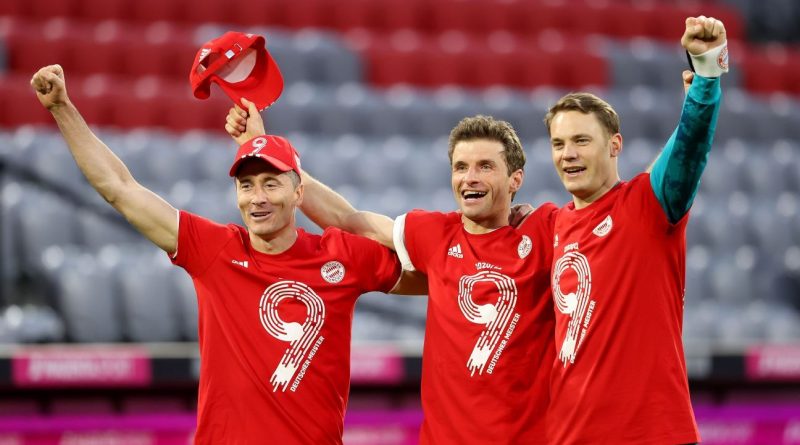 Each of Europe’s “Big Five” leagues has its quirks that make it different. But, perhaps, none more so than Germany’s Bundesliga.

From ticket prices (which are often the lowest among the top leagues) to packed-out stadiums, pre-pandemic (boasting the highest average attendance in Europe). From the fact that coaches regularly commit to rival teams before the season is over — witness Julian Nagelsmann from Leipzig to Bayern, Marco Rose from Borussia Moenchengladbach to Borussia Dortmund and Adi Hutter from Eintracht Frankfurt to replace Rose at Gladbach — to the fact that Germany is the most populous nation in the Big Five, but has the least number of top-flight clubs (18, when the other four have 20).

From the monthlong winter break (twice as long as any other league) to the relegation playoffs (two teams go down automatically, the third-bottom plays off against the third-best team from the second flight). And, perhaps, above all, the much discussed “50+1” model that, with some exceptions and workarounds, leaves ultimate control of a club in the hands of supporters. (A related model exists at four Spanish clubs — including Barcelona and Real Madrid — but nowhere else.)

The “Buli” is just, well… different.

“Football is clearly a cultural asset for us,” says Bayern legend Philipp Lahm. “That means you grow up in a club, you experience the club, you get involved in the club and that’s how clubs in the Bundesliga came into being. Fans played an important role in the club and that has remained the case until today.

“Think of the 50+1 regulation. There are possibilities for investors to get involved, but only under certain conditions. And the fan always has a say in the decision-making process and is also always responsible.”

Lahm is speaking to ESPN on behalf of the DFL, the German Football League, so naturally he’s cheerleading a little bit. Then again, he has reason to cheer. Nowhere else in Europe’s elite do supporters matter as much, both as consumers of the product and in terms of oversight. Europe’s biggest and wealthiest economy is also the most fan-friendly in everything from ticketing to kickoff times, and it’s no coincidence that, despite having taken part in conversations, no German club dared to sign off on the aborted Super League project.

A lot of what the Bundesliga does just seems more reasonable and fan-oriented as well as beneficial to the product. Eighteen clubs (rather than 20) means fewer games in the season and, of course, that might mean less revenue. But it also equates to more meaningful matches late in the season as more clubs are embroiled in the battle for European places and to avoid relegation. The fact that you can finish third-bottom and still stay up also contributes to this. Fewer fixtures — and the long winter break — also ensure fitter players and fewer injuries.

The flip-side? The 50+1 model has limited investment, the same team, Bayern, have won the league nine years in a row and the in-season managerial churn is not just destabilizing, but an apparent conflict of interest too. We raised this with Lahm, and he had explanations for each.

Take the latter first. Leipzig were competing with Bayern for the Bundesliga title when news broke that Nagelsmann would be joining the Bavarians next season. Borussia Monchengladbach were challenging Borussia Dortmund for a top four finish when they found out they’d be losing Rose and — perhaps coincidentally, perhaps not — their form dropped badly after that, as did Eintracht’s after it was confirmed Hutter would be leaving.

Lahm argues that this was an exceptional season and that, in any case, Germany is different because coaches don’t have the amount of power and responsibility they have in other countries, particularly England. This is undoubtedly true and the fact that on the sporting side, power, decision-making and visibility is shared with sporting directors and chief executives allows clubs to better weather coaching departures. Contrast this with England: sure, the situation has been moving to a more “European model” as they like to call it, but you can probably count on one hand (Super League apologies aside) the number of times you heard directors of football or chief executives at the top six clubs speak in public over the past year.

In the Bundesliga, it’s a regular occurrence. The club structure is more important than the coach or the coach’s needs; it’s also why they tend to gamble more often on younger, lower-profile bosses than clubs elsewhere. That said, it’s undeniable that there’s a “lame duck” dynamic at play, particularly at the top end, with Bayern plucking managers from direct rivals and often securing such deals before the season ended, as they did with Nagelsmann: consider Otto Rehhagel (from Werder Bremen), Ottmar Hitzfeld (from Borussia Dortmund), Jupp Heynckes (from Bayer Leverkusen) and Nico Kovac (from Eintracht).

“But the same applies to players,” says Lahm. “Look at [Dayot] Upamecano. He played for Leipzig, he [commits to joining Bayern who activate his release clause before the season is finished] and, maybe, in the last game it could all come down to him. Or look at the example of [Niko] Kovac, who was chosen to take over at Bayern but was still at Eintracht when he led them to the German Cup… in a final against Bayern!

“I think coaches and players always want to have a very, very good finish and will give 100 percent until the last day.”

The debate over 50+1 and Bayern’s dominance are, in some ways, interlinked. Bayern have won more than half the titles since the Bundesliga was created in 1963, and 14 of the past 20 awarded. While polarisation and globalisation have left us accustomed to super clubs and domestic dominance, it’s a lot over the past two decades even compared to Italy (where Juventus have won the most, with 11), Spain (Barcelona, 10), France (Paris Saint-Germain and Olympique Lyonnais with 7 each) and England (Manchester United, 6).

One goal shy of equaling the single-season Bundesliga record, Jan Aage Fjortoft says there are bigger records in play for Robert Lewandowski.

One of the arguments against the 50+1 rule is that it discourages investment, because an investor is unlikely to invest if he or she can’t have some semblance of control with it. Chelsea and Manchester City, for example, have won five league titles each in the past two decades, and it’s fair to say this likely would not have happened without the involvement of Roman Abramovich and Sheikh Mansour. The same goes for PSG in France, whose last seven titles came after they were acquired by a Qatari holding company.

Opponents of the 50+1 rule cite this as a major hurdle to a more competitive league. There are plenty of rich people in Germany, but most of them are loathe to hand over hard-earned cash for others to spend with little or no oversight, except for a group of (mostly) fans. While there have been examples of workarounds in recent years at Hoffenheim, Leipzig and Hertha, German football has never embraced the model of growth through heavy, immediate spending. Rather, it has been organic and Bayern — who have basically grown too big to fail — will be the first to preach the benefits of organic growth.

“Bayern have shown that it’s possible to stick to the rules and still reach the highest level internationally,” says Lahm. “Often it’s about looking ahead and thinking of ideas to develop further, to go to the next level. Money certainly plays a role — we’re talking about professional football — of course money plays a role in that. But it’s also possible to strive for maximum success with less.”

Some will point out to Lahm that you can strive with less, but it doesn’t mean you’ll get where you want to be, and the 50+1 rule is also often blamed for clubs making poor decisions. It’s hard to move quickly and take the sort of decisive actions chief executives are often called to make if there’s a supervisory board ready to criticise at every turn. Schalke, for example, were relegated this year, despite attendances in excess of 60,000 pre-pandemic, in part because of in-fighting at the top and the lack of a clear hierarchy. The same fate befell another German giant, Hamburg, a few years ago: they were getting gates upwards of 50,000 and suffered in similar circumstances.

Lahm admits that you have to “find the right balance,” and he’s right. But maybe there’s another factor that sets the Bundesliga apart, making issues like the drawbacks of 50+1 or Bayern’s hegemony less of a problem than they might be elsewhere. And it’s the fact that fans passionately support their team and while they obviously prefer success to failure, whether or not Bayern wins the league for the umpteenth year in a row isn’t going to spoil their enjoyment. It’s certainly not going to keep them from showing up or watching on TV.

Attendances and TV ratings tend to support this. They haven’t declined as Bayern only grew stronger and stronger. The perception that casual fans, especially abroad, might lose interest in a league if it becomes too predictable may be accurate (and it may explain why the Premier League remains far more popular globally). But that’s the thing about the Bundesliga. Most of the fans (at least in Germany) aren’t casual fans. They don’t drop in because their team is good that season. They’re there for their club, and the combination of low ticket prices and 50+1 keeps them engaged and loyal. 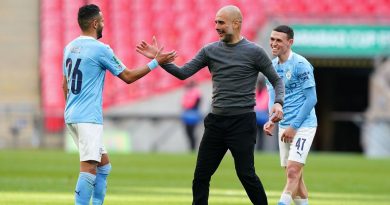 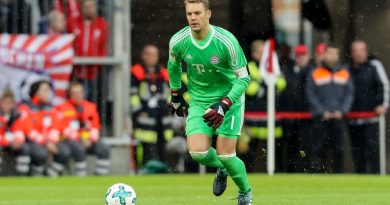 May 8, 2018 ayman022 Comments Off on Bayern Munich’s Manuel Neuer unsure over World Cup status for Germany 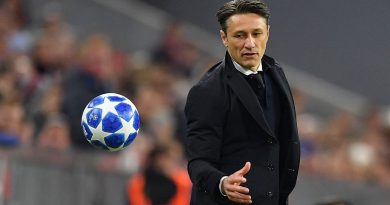