Premier League chief executive Richard Masters expects supporters to be back inside full stadiums at the start of the 2021-22 season in August.

Stadiums in England have been closed to fans, with the exception of a three-week period last December when some clubs were able to host a maximum of 2,000 supporters, since the United Kingdom government imposed social restrictions to combat the COVID-19 pandemic in March 2020.

Clubs will be able to play in front of a maximum of 10,000 fans on match-days 37 and 38 next week following the relaxation of social distancing regulations on May 17 and 21,000 will attend the FA Cup Final between Chelsea and Leicester City at Wembley on Saturday as part of a testing event for increased attendances.

But with the UK government preparing to lift all social contact restrictions on Jun 21, Masters says that the Premier League is working towards all clubs being able to play to full capacity crowds when next season kicks off on Aug 14.

“The fans are starting to come back next week and I hope on Aug. 14 they will be back in full,” Masters said during a media briefing on Thursday. “No one knows of course, but I feel really optimistic that we will be full.

“All the mood music and the messages coming out of government are positive, with the cautionary caveats and safety will always come first. Maybe the fan experience will be slightly different, but I’m optimistic and that’s our objective.

“Whatever we have to do and put in place, we will and the clubs will step in and do it, so I am optimistic that’s going to happen.

“Full capacity crowds [have been] the missing ingredient, so let’s be optimistic about it.”

Masters was speaking following the announcement that the Premier League has agreed a three-year deal of its UK broadcasting deal, up to and including the 2024-25 season.

He says that the deal gives the league “certainty” in the wake of the financial difficulties of the pandemic.

“The Premier League economy has probably lost in the region of £2 billion in that [pandemic] period,” Masters said.

“The other thing we’ve lost is certainty and like it feels like it has been returning a bit with the vaccination programme. People can sort of glimpse at a better future and brighter future.

“We are hugely appreciative of the Government agreeing in principle to allow this arrangement and for their continued support for the Premier League and the English game.

“COVID-19 has had a significant impact on football, and renewals with our UK broadcast partners will reduce uncertainty, generate stability and promote confidence within the football pyramid.

“We know that, once concluded, this will have a positive impact on the wider industry, jobs and tax revenues and will enable us to maintain and increase our existing solidarity and community financial commitments to the football pyramid for the next four years, even though we are yet to understand the full impact of the pandemic.

“It comes at an important time and will enable us to plan ahead with increased certainty against a more stable economic backdrop.” 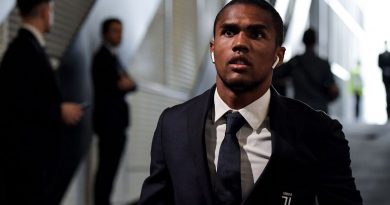 Douglas Costa could start for Juventus vs. Valencia as Massimiliano Allegri defends ‘blackout’

Sep 19, 2018 ayman022 Comments Off on Douglas Costa could start for Juventus vs. Valencia as Massimiliano Allegri defends ‘blackout’ 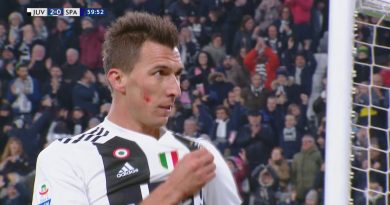 Ronaldo's effort leads to a goal for Mandzukic

Nov 25, 2018 ayman022 Comments Off on Ronaldo's effort leads to a goal for Mandzukic 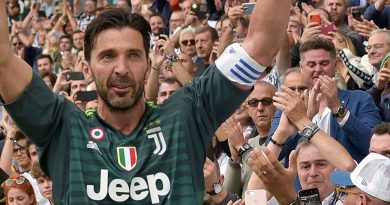 The reason behind Buffon's return to Juventus

Jul 2, 2019 ayman022 Comments Off on The reason behind Buffon's return to Juventus