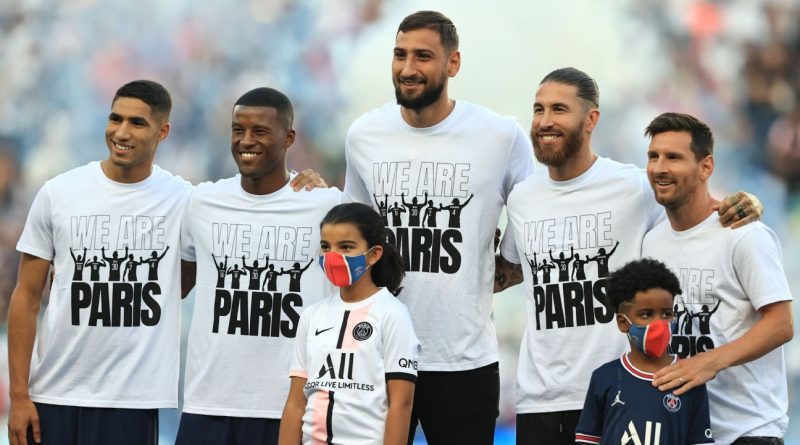 After years of being considered a selling league, the “farmers” of Ligue 1 have found their G.O.A.T. The French Ligue 1 has just experienced the most incredible transfer window in their history. Paris Saint-Germain, of course, are the figurehead, with the arrival of one of the greatest players this sport has ever seen in Lionel Messi, but their rivals have flexed their muscle as well: Marseille added several exciting young players, Lyon recruited a World Cup winner and a Champions League winner, Rennes (sixth last season) spent more than Real Madrid and Barcelona combined, and plenty of other clubs did some good, intelligent business.

For much of the modern era, the French leagues were reliable “feeder” leagues for their bigger rivals on the continent, and many teams would do their scouting and business there. This summer did see some next-generation talent depart — Eduardo Camavinga, 18, from Rennes to Real Madrid, and midfielder Boubakary Soumare went from Lille to Leicester, to name just two — but the biggest name of all stayed, and maybe that’s the most important.

Kylian Mbappe spent the last eight days caught between PSG and Real Madrid, between news and fake news and news again, as happy to stay in the French capital as he would have been to go to Spain. Real tried (as hard as they could?), but Paris didn’t budge, meaning Mbappe will play out the final year of his contract in the French top flight and then, at 23 years old, he will have his pick of clubs as a free agent. But at least for this campaign, he will have a stellar team around him as Paris had the best transfer window of all transfer windows.

Love them or hate them, they won this summer: Messi is the absolute diamond, of course, especially as a free agent, but full-back Achraf Hakimi is another gem, like Nuno Mendes (loaned from Sporting CP) and goalkeeper Gianluigi Donnarumma. If you factor in two more experienced free agents, Liverpool‘s Gini Wijnaldum and Real Madrid’s veteran defender, Sergio Ramos, it marks an incredible offseason of recruitment.

Obviously, the other French clubs don’t have the financial power that Paris have, but they’ve been creative and intelligent in their recruitment this summer.

First of all, the big names.

Lyon left it (really) late to do business, but they got there in the end. Defender Jerome Boateng, who was a starter for Bayern Munich last season, has joined and despite being 33 years old, he should bring a lot to his new team. The same can be said for Xherdan Shaqiri, who swapped Liverpool for the south of France with a point to prove and lots of talent. Emerson Palmieri is not a big name as such, but he is currently a double European champion with Chelsea and with Italy!

There were also some players “coming home,” in a sense, after long spells around Europe. Mamadou Sakho, who came through the PSG academy and spent eight years in the Premier League with Liverpool and Crystal Palace, returned to Ligue 1 and will provide an instant upgrade to Montpellier‘s defense.

After spells at Juventus, Southampton, Galatasaray and Fulham, midfielder Mario Lemina is settling neatly in Nice, Kevin Gameiro has returned to Strasbourg — the club where he began his pro career in 2004 — and defender Adil Rami is now at Troyes after spells at Sevilla, Milan and Sevilla over the past decade.

Julien Laurens says Real Madrid should be excited by the potential signing of Eduardo Camavinga from Rennes.

We also saw some astute scouting and savvy moves. Nice went really Dutch, signing the pace and skills of Justin Kluivert (from AS Roma) and Calvin Stengs (from AZ) and the work rate of Pablo Rosario (from PSV), while making a permanent move for Jean-Clair Todibo and adding the experienced striker Andy Delort, too. After winning the league last season with Lille, manager Christophe Galtier might be l’Aiglons’ biggest acquisition of all.

Rennes have been really smart too, with the arrival of skilful winger Kamaldeen Sulemana, who was brilliant in Denmark, Lovro Majer — considered in some circles as the “next Luka Modric” — and Loic Bade from Lens. Bade was coveted by the likes of Liverpool, Arsenal and Leeds United, but the excellent 21-year-old central defender decided to stay in Ligue 1. The signing of Gaetan Laborde, who scored 16 league goals for Montpellier last season, was also a coup.

Above them, among PSG’s potential title contenders, Marseille were pretty busy. Their transfer window involved deals in England (well, at Arsenal) for midfielder Matteo Guendouzi and William Saliba (on loan), in Brazil for defender Luan Peres and midfielder Gerson, in Spain — U.S. international winger Konrad De La Fuente, who developed in Barcelona’s academy might be the best of the bunch — and in Italy (well at Roma), with Pau Lopez and Cengiz Under and Pol Lirola (Fiorentina). All in all, that means potentially eight new first-team regulars for manager Jorge Sampaoli!

Midfielder Lucien Agoume, who joined Brest from Inter Milan, could be a great pick-up too, like midfielder Amadou Onana and goalkeeper Ivo Gbrich at Lille, Dutch striker Myron Boadu at Monaco, defender Christopher Wooh at Lens and striker Juan Ignacio Ramirez at Saint-Etienne.

Ligue 1 has also kept some of its promising young talent this summer despite heavy interest from big clubs. Lille defender Sven Botman — linked to Wolves and Sevilla — is still in France, while Aurélien Tchouameni, who was getting interest from Liverpool, Man United and Chelsea, is still at Monaco. (His teammate, Cesc Fabregas, even called him the “modern midfield player” in a Twitter Q&A.) Houssem Aouar is still at Lyon despite a late push from Tottenham, while Amine Gouiri (Nice) or Bouba Kamara (Marseille) also remain.

In terms of departures, there were some notable stars leaving Ligue 1 for new challenges, more money, better teams and better leagues. Not so much 2018 World Cup winners Florian Thauvin, who left Marseille for Tigres in Mexico, or Alphonse Areola, who was loaned to West Ham by PSG to sit on the bench so far, but more promising players like Mohamed Simakan (from Strasbourg to RB Leipzig), Camavinga, Soumare, Boulaye Dia (Reims to Villarreal) or Imran Louza (Nantes to Watford).

Mike Maignan, who was the best goalkeeper in France last season with Lille in taking them to a remarkable league title, will now be looking forward to doing the same with AC Milan in Serie A. Memphis Depay relaunched his career at Lyon after his disappointing time at Manchester United and that earned him a big free agent move to Barcelona. He replaced the G.O.A.T., Messi himself, there and can honour Ligue 1 by taking LaLiga by storm. He’s off to a strong start, with two goals and an assist, too.

Now the French league has to make this really solid transfer window count, especially in European competitions after below-par results overall in recent years. (PSG in particular will be hoping that their summer business is enough to secure that elusive first Champions League title, while Marseille, Lyon and Monaco all look well-placed for deep runs in the Europa League.)

There’s an interesting battle of approaches, too, with dynamic with some of the top clubs building quickly with dynamic spending, others taking chances om undervalued, unwanted players from top clubs outside France and some who are trying to stay competitive through good scouting and clever investment.

Let’s hope that Ligue 1 sees all the benefits of it this season. 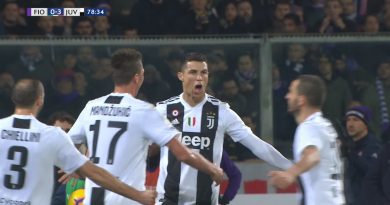 Ronaldo smashes in a penalty for Juventus

Dec 2, 2018 ayman022 Comments Off on Ronaldo smashes in a penalty for Juventus

Sep 20, 2021 ayman022 Comments Off on Pep Guardiola fumes at Man City fans, but he’s really angry at his attacking options

Jan 7, 2022 ayman022 Comments Off on Arsenal to wear all-white kit for FA Cup tie to raise awareness about knife crime