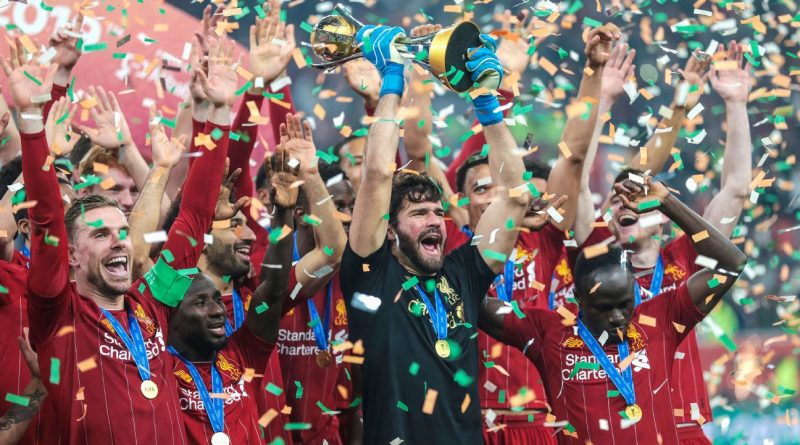 DOHA, Qatar — The 2022 World Cup in Qatar is less than three years away and the tiny Gulf state has now staged its first-ever major football tournament, having hosted the 2019 FIFA Club World Cup this month. Liverpool’s success on the field, having beaten Flamengo 1-0 in the final to become world champions for the first time, claimed the headlines from a sporting context, but hosting the competition was a crucial step for Qatar ahead of the far more difficult challenge of staging a 32-team World Cup in 2022.

So how well-prepared is Qatar, both on and off the pitch, in terms of being able to successfully stage the World Cup in November/December 2022? ESPN spent six days in the country during the FIFA Club World Cup to find out.

Is construction on track for 2022?

The Supreme Committee in charge of Qatar 2022 has set aside a budget of $6.5 billion for the construction or renovation of eight stadiums, plus training grounds for competing nations, and four have already been built. The 60,000-capacity Al Bayt Stadium, which will stage both World Cup semifinals, and the 45,000-capacity Education City Stadium are both ready from a visual perspective, but neither has yet been able to host a test event due to ongoing infrastructure work outside each stadium. Education City was due to host the Club World Cup Final, but the event was moved to the refurbished Khalifa International Stadium two weeks before the tournament began given the host nation’s failure to complete the necessary work in time.

The 40,00-seater Al Janoub Stadium is in a similar state of being close to full completion, but work is ongoing at the other four venues — including the 80,000-capacity Lusail Iconic Stadium, which will stage the World Cup final in 2022. That ground will not be ready until the end of 2021.

Can you really get around all the venues in less than two hours?

Two hours would be ambitious, even when all the venues and transport links are up and running, but Qatar 2022 will certainly be a localised World Cup, with all eight stadiums within a 46-mile strip on the peninsula. Seven of the eight stadiums will be connected by the newly-built Metro system, which is a gleaming (albeit barely-populated) construction.

A series of five-lane super highways have also been built, but right now they are almost entirely free of traffic in a country that has a population of just 2.6 million people.

How will such a small country be able to accommodate fans of every team in 2022?

As reported by ESPN, the World Cup organising committee has spoken to the organisers of the Coachella and Glastonbury music festivals in an attempt to seek advice on how to provide large-scale camp areas for visiting fans.

Qatar, with an annual tourist trade of around 1.7 million visitors, hopes to have 70,000 hotel rooms by 2022, but with 3 million fans attending the World Cups in Brazil and Russia in 2014 and 2018, respectively, it won’t be enough to cope with the influx of supporters in three years’ time. Cruise ships will act as floating hotels, but tented villages in the desert holding between 5,000 and 15,000 fans are part of the plan for 2022.

There are also hopes that a trade blockade against Qatar, involving Saudi Arabia, Bahrain and the United Arab Emirates, will ease by the time of the World Cup, enabling fans to base themselves in Dubai or Abu Dhabi — places in the region with a much more established tourism industry — just a 30-minute flight away. But as of December 2019, there are no direct flights between Qatar and the UAE.

Will it be a fan-friendly, inclusive World Cup?

There are clear cultural differences that could lead to problems for supporters in Qatar. Homosexuality is illegal in the country, carrying a prison sentence of up to seven years; when asked, during a media round-table session in Doha, what would happen if a gay couple kissed in public, Hassan al Thawadi, the secretary general of the Supreme Committee for Qatar 2022, was unable to offer reassurances of understanding or acceptance.

“We are a conservative people and we ask visitors to appreciate our culture while at the same time accepting our hospitality,” Al Thawadi said. “Open displays of affection are not part of our culture and we ask that people don’t [openly display affection].

“We are not saying, ‘Don’t come and be yourself,’ but it’s always important to be open-minded and not focus on what’s restrictive. You are focusing on the negative.”

When asked whether Israelis would be allowed to visit Qatar for the World Cup — the two countries have severed diplomatic relations — Al Thawadi insisted there would be no restrictions. “Everyone is welcome,” he said. “We do not mix sport and politics, but we would hope that Palestinians are able to make it too.”

Alcohol, meanwhile, is available in western hotels — it costs an average of $14 (£11) for a beer — and it will be on sale at subsidised prices of around $6.50 (£5) in Fan Zones during the World Cup, as it was throughout the Club World Cup.

Any other cultural differences of note?

When rival Liverpool and Flamengo supporters began singing songs in a Doha sports bar during the Club World Cup, bar staff quickly urged both sets of fans to stop before calling security to press home the message that such behaviour was not acceptable. This correspondent witnessed the incident, which was wholly good-natured; when the incident was relayed to Al Thawadi during the media round-table, he insisted that Qatar will welcome football culture of all kinds, with the exception of “rowdy, troublesome fans,” and that the reaction of staff in the bar was perhaps due to a concern over other customers being made to feel uncomfortable by the noise.

When Liverpool and Flamengo supporters sang songs on the Metro on the way to Saturday’s Club World Cup Final, there was a look of bemusement from locals, though security officers on the trains did not intervene. With a developing tourism industry, Qatar remains unaccustomed to welcoming large numbers of visitors from across the globe. The local population and authorities may find the World Cup as challenging as those fans who arrive from elsewhere.

What about the players? Will it be too hot for football?

Moving the 2022 World Cup to November and December has ensured that there will be no concerns over the weather conditions for the players or supporters.

During the Club World Cup, which was staged at the same time as the World Cup semfinals and final will be in 2022, daytime temperatures hovered around 21-22 degrees Celsius (about 70 degrees Fahrenheit) before dropping considerably in the evening. It was also wet and windy, meaning fears of temperatures in excess of 40 degrees Celsius are unlikely to be realised.

Despite the cooler temperatures in November and December, all of the World Cup stadiums are being built with air conditioning for the players and spectators. Pitch-side air vents will keep the temperature between 21 and 23 degrees Celsius for the players — the vents will cover an area of 4 metres (13 feet) from the ground up — while units at seat level will provide cool air for supporters, if required.

That doesn’t sound great in terms of the carbon footprint…

No, but Qatar is building solar farms and using cold water, which will chill naturally overnight, to power the stadium air conditioning.

Sources in Qatar have told ESPN that cooling a stadium will require one-fifth of the air that is pumped around an airport terminal. The technology, designed Dr. Saud Abdulaziz Abdul Ghani, nicknamed “Dr Cool,” is also being used in Qatar for agricultural purposes.

So… will it be a successful World Cup?

It’s of course too early to say, but it will certainly be different from recent tournaments due to the size of Qatar and the lack of a deep-rooted football culture in the country. The national team has become a regional powerhouse, winning the Asian Cup in 2019, but the local league is played out in front of poor attendances. Falconry remains the national pastime.

The vast wealth of Qatar, due to the discovery of huge gas reserves during the 1990s, ensures that the tournament will be played out in world-class facilities, with a similarly top-grade transport network supporting it. But Doha is a city of skyscrapers and streets devoid of people. It is a conservative country with little experience of having visitors from the outside world, so while the stadiums and roads will be ready, the big question is whether the country and its population can bridge the cultural gap within the next three years. 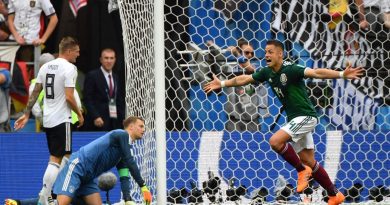 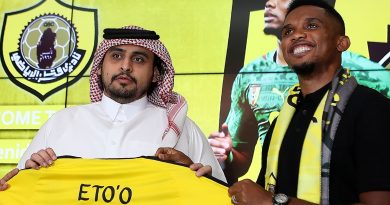