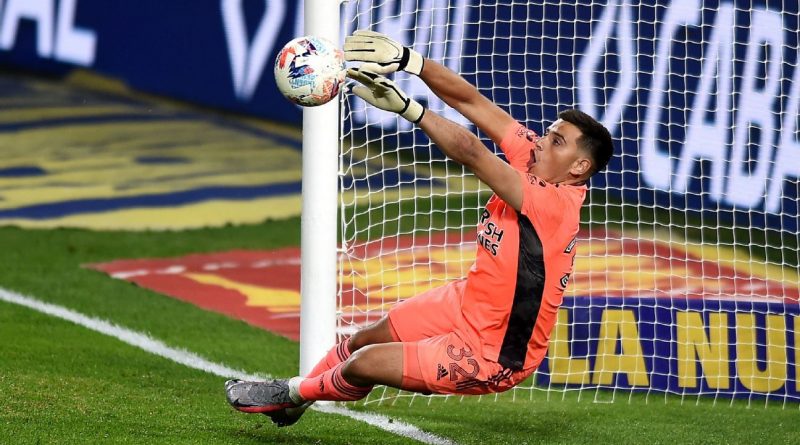 Leonardo Diaz must have been looking forward to watching the quarterfinal of the Argentine championship between those great old rivals Boca Juniors and River Plate. Instead, he ended up taking part and playing a key role.

Diaz, 21, is a goalkeeper who usually plays for one of River’s youth sides, but COVID-19 struck. A total of 15 River Plate players tested positive for the virus, including the four first choice goalkeepers. Suddenly, Diaz found himself in the team, making his senior debut in a decisive knockout game in the stadium of Boca Juniors.

And the first thing he had to do was to pick the ball out of the back of his net. After a quiet start Boca struck in the 11th minute, Cristian Medina‘s cross from the right headed back across goal and into the corner by Argentina legend Carlos Tevez.

But if the veteran striker won the first round, the next ones went to the rookie keeper. The game settled into a pattern. River, having to chase the game, attempted to play their way through, looking for the elaborate possession moves that have been their trademark in the long reign of coach Marcelo Gallardo. They have struggled for goals all season — the loss to Brazilian football of playmaker Ignacio Fernandez has hit the team hard — and here, with several key players missing, there was little end product to their passing.

Boca, meanwhile, were always looking to be direct, with their two wingers Cristian Pavon and Sebastian Villa opening up the field and threatening the River defence. They kept supplying Tevez, and Diaz kept denying him.

Shortly before half time, Villa let fly from range, and Diaz plunged right to block the shot. It was a morale-boosting save, that set him up well for the second half duel with Tevez. Soon after the restart Tevez launched into a mazy run, made space for the shot and fired off a rocket. Diaz dived right to push the ball round the post.

Boca launched a counter, with Villa slipping Tevez clean through in the left channel. Diaz stood up strong to block the shot. River were still in the game, and suddenly, in a rare moment of penetration, they were level. Left-back Fabrizio Angileri sent in a deep cross, and highly promising striker Julian Alvarez got up to head back across goal and equalise.

Boca sent on the heavy artillery in search of a winner, and it nearly came. Villa and Colombian playmaker Edwin Cardona put Pavon in space. His pull back was met by the full force of the Tevez right boot — and Diaz plunged left to make the save. The match, like the three previous quarterfinals, would go to a penalty shootout. Diaz, not even a household name in his own home 24 hours earlier, would have a big chance to be the hero.

And it so nearly happened. Cardona stepped up for Boca’s third kick. He went for the Panenka-style dink, but hit more chalk than ball and the shot travelled so slowly that Diaz had the time to recover from his earlier move and make the save.

The problem was that the other keeper saved two shots. Boca’s goalkeeper Agustin Rossi also owed his place in the team to COVID-19. The first choice is Esteban Andrada, but in Ecuador for a Copa Libertadores match, he tested positive for the virus. Andrada was forced to remain in quarantine in Ecuador, and Rossi came into the starting line up. He threw himself to his left to save from Angileri, and went right to get a block on the shot from Leonardo Ponzio to win the match.

The memories will last a lifetime for Diaz, but the day belonged to Rossi and Boca Juniors. 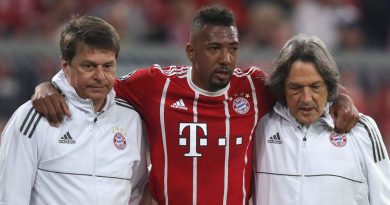 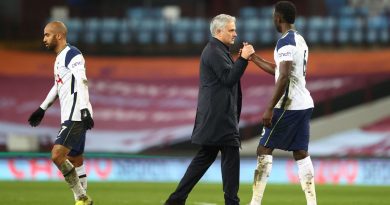 Mourinho questions why it took horror week for Spurs to play so well vs. Villa

Mar 22, 2021 ayman022 Comments Off on Mourinho questions why it took horror week for Spurs to play so well vs. Villa 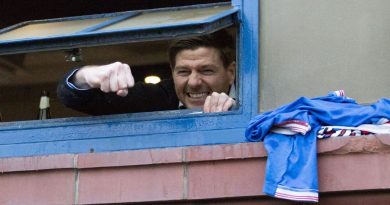