Internazionale and Chelsea are preparing the paperwork to complete the negotiations for Romelu Lukaku to return to Italy on loan, according to Fabrizio Romano.

New Chelsea owner Todd Boehly is prepared to accept an initial loan fee of €8 million plus add-ons for the Belgium international, who only arrived at the club last summer for a club-record €115m.

Blues boss Thomas Tuchel has wanted Lukaku to leave Stamford Bridge ever since the 28-year-old publicaly pushed to make a move, with one interview leading the striker to make an apology to Chelsea supporters.

It has only been one season since he re-joined the Blues from Inter, but he hasn’t had the best time back in London with 15 goals and two assists in 44 matches across all competitions last term. In contrast, Lukaku scored 64 goals and provided 16 assists in 95 appearances during his time with Inter.

After they had lost out to city rivals AC Milan in the race for the title last season, Inter will be especially keen to complete the deal and secure the return of a player who was so effective in the Nerazzurri shirt.

08.29 BST: Borussia Dortmund are set to sign striker Sebastian Haller from Ajax in a deal worth around €36m, sources have told ESPN.

Haller, 27, joins the team following the departure of Erling Haaland to Manchester City in a €60m move earlier this month.

The Ivory Coast international had a prolific 18-month spell at Ajax since arriving in January 2021 following a disappointing period at West Ham United. He scored 13 goals in 23 matches during his first season in Amsterdam before hitting new heights, becoming the top scorer in the Eredivisie last term with 21 goals, as well as netting 11 times in eight Champions League matches.

08.00 BST: ICYMI — Arsenal have completed the signing of Fabio Vieira from Porto, the Premier League club announced on Tuesday.

Last week, ESPN reported that Vieira was set for his medical in London on Friday after Porto confirmed he would join Arsenal for an initial fee of €35m.

Arsenal announced that the attacking midfielder has signed a long-term deal and will wear the No. 21 shirt.

“I am very excited that we have identified and signed such a special talent,” Arsenal boss Mikel Arteta said in a club statement. “Fabio is a very creative player that will bring high quality and versatility to our attacking play. We welcome Fabio and his family to our club and are looking forward to starting work with him ahead of the new season.”

– Arsenal have submitted their first formal offer to Leeds for Raphinha, according to The Athletic, but while a figure isn’t provided in the report, it is stated to be well below Leeds’ £75m valuation and is expected to be rejected. The Gunners face competition from Barcelona, Chelsea and Tottenham Hotspur in trying to sign the Brazilian winger.

– Newcastle United, Arsenal, Manchester United and Manchester City are all looking into the possibility of signing Napoli midfielder Fabian Ruiz, as has been reported by Corriere dello Sport. He currently has a contract that runs until the summer of 2023 and has rejected an offer of a one-year extension, so Napoli owner Aurelio De Laurentiis is asking for €30m for the 26-year-old, as the Serie A side can’t afford to lose him for free next season.

– Paris Saint-Germain are happy to let Neymar leave in the summer, reports Foot Mercato, which adds that new sporting director Luis Campos is in agreement with this stance. They have already set a figure that they will accept for the Brazilian player’s departure — although that number isn’t provided in the report — with it being added that the forward’s wages in excess of €30m per year could be problematic in trying to offload him.

– Real Madrid, Bayern Munich and PSG are all showing interest in Stade de Reims striker Hugo Ekitike, as reported by L’Equipe. This could come as a shock for Newcastle United, who have already made a large offer for the 20-year-old and had appeared to be in a strong position to sign him.

– PSG are considering a move for Vasco da Gama midfielder Andrey Santos, according to Le10 Sport, who add that Barcelona also are interested in the 18-year-old. This is another sign of their efforts to strengthen in midfield, an area they haven’t been completely satisfied with, having almost completed the signing of Vitinha from Porto and made strides to bring in Renato Sanches from Lille.

– AS Monaco have agreed to a deal with Liverpool to sign Takumi Minamino that is worth €18m, as reported by Sky Sports. The initial fee is set at €15m with a potential €3m coming in add-ons for the Japan international, who has represented Liverpool 55 times, scoring 14 goals.

Orlando Pride apologize for not allowing display of ‘Gay’ banner

Mar 23, 2022 ayman022 Comments Off on Orlando Pride apologize for not allowing display of ‘Gay’ banner 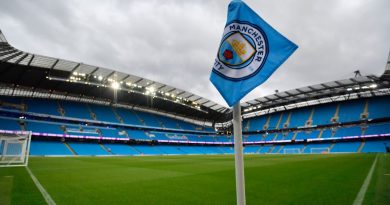 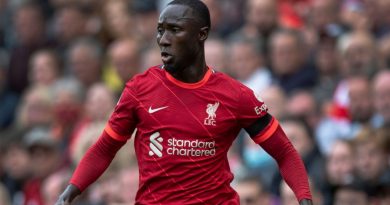