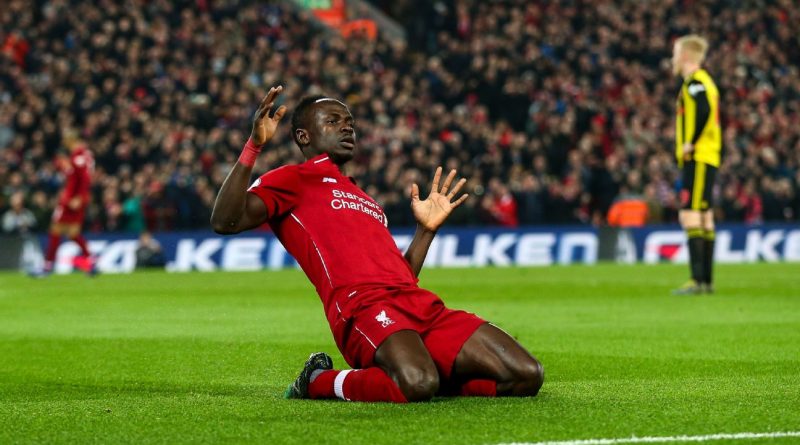 LIVERPOOL, England — Liverpool responded to questions about their Premier League title credentials by producing their biggest win of the season in a 5-0 thrashing of Watford on Wednesday evening.

Sadio Mane and Virgil van Dijk both scored braces at Anfield, while Divock Origi also got in on the scoring action.

There have been legitimate questions asked about what Liverpool would do if they were ever without Roberto Firmino. They had to face that reality here, although Mane ensured there was no reason to panic. Playing the No. 9 role, Mane scored his 13th and 14th goal of the Premier League season. It is now his most prolific league campaign.

Meanwhile, after back-to-back goalless draws, Liverpool’s mojo returned, breezing past a team that had only lost just one of their last 10 away matches.

Manchester City beat West Ham United 1-0 to ensure Liverpool’s lead at the top remains just one point. On the pitch, there were certainly no negatives for Liverpool. Having been accused of cracking up in the title race, this performance was the perfect response.

9 — The appearance of Origi was not a surprise due to Firmino’s injury, but the sight of the Belgian on the left of the front three was unexpected to say the least. That setup, however, allowed for Mane to take up a central role — to devastating effect. It was outside-the-box thinking from Jurgen Klopp.

GK Alisson, 7 — Despite being a spectator for most of the night, Alisson was still alert to deny Andre Gray from point-blank range in the 76th minute.

DF Trent Alexander-Arnold, 8 — Secured a hat trick of assists with some excellent delivery — a quality Liverpool could have done with in their 0-0 draw with Manchester United on Sunday. A superb return to the side from the 20-year-old.

DF Joel Matip, 7 — Made an important last-ditch tackle to stop Troy Deeney from pulling one back.

DF Virgil van Dijk, 8 — The centre-half has been accused of not scoring enough goals for a man of his size. He answered those critics emphatically with two towering headers. World class at both ends of the pitch.

DF Andrew Robertson, 6 — Solid defensively while helping out Origi as much he could in an attacking sense.

MF James Milner, 7 — Set Liverpool’s energetic tone from the first second when he nearly forced Ben Foster into an error.

MF Georginio Wijnaldum, 7 — A tidy performance as always from Wijnaldum as it was noticeable how he looked to get forward a lot more.

FW Sadio Mane, 9 — Appeared to thrive with the responsibility of being Liverpool’s attacking focal point. One of the smallest players of the pitch scored with a leaping header before grabbing his second with an outrageous back-heel.

FW Divock Origi, 8 — Earned just his second Premier League start of the season because of his attitude in training, according to Klopp. Willing and able on the left-hand side, he fully deserved his goal.

FW Mohamed Salah, 8 — Much improved from his extremely poor performance at Old Trafford. Incredibly unfortunate not to score or have an assist to his name. Watford’s Adam Masina will be having nightmares about the Egyptian continually running at him.

MF Adam Lallana, N/R — Interesting to see him leading the line in the closing stages.

MF Naby Keita, N/R — Liverpool’s competition for places is now beginning to show. Keita is in good form, but has found himself on the bench for the last two games. 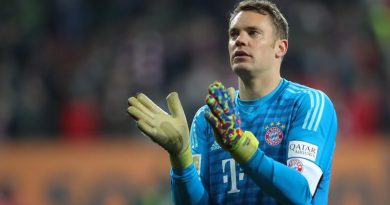