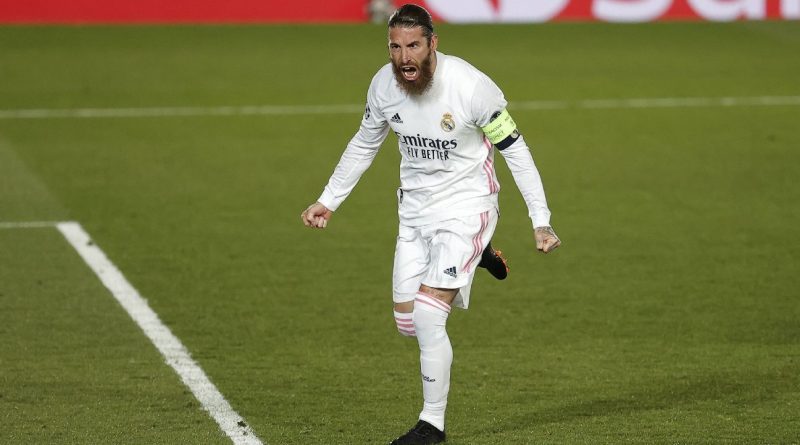 Sergio Ramos is the boy who didn’t become a bullfighter because his mum wouldn’t let him, but who hasn’t believed that anything else in his life, from that day to this, is impossible.

In 2005, when Florentino Perez made Ramos the first Spanish signing of his reign as President, Real Madrid weren’t buying a footballer, but a force of nature. The man who arrived and, brimming with the same brash I can do anything I want to inner lava, told the world “I want the No.4 jersey and I want to be the next Fernando Hierro.”

Ridicule and reprimand followed for daring to think he could emulate the 14-year Madrid legend, though look who ultimately won the argument.

The man who was trotting around in midfield on that Lisbon pitch in 2014, thinking not so much about missing the chance to lift his first European Cup or losing to bitter rivals Atletico in a Champions League final, but how there was no way Ramos was missing the chance to honour his beloved and recently departed Grandfather in the first final since the old man passed away.

Look who leapt higher than ever before with seconds remaining, scoring one of the great iconic goals in Madrid history. The man who soaked up all the abuse and opprobrium for having blasted the ball over the bar in a Champions League semifinal against Bayern Munich in the Bernabeu and swore to his brother, and to Jesus Navas: “I’ll show them all! ‘The next penalty I take will be a panenka, no matter the situation, and I’ll score.”

Look who put Spain in the Euro 2012 final — and turfed Cristiano Ronaldo‘s Portugal out of the competition — via a delicious, technically beautiful “Panenka” penalty, lobbed devilishly over Rui Patricio.

– How Ramos became the “Panenka expert”

Aged 28, Sergio Ramos had never played in a Champions League final, meaning that, by definition, he’d never won one, scored in one or raised that fabled trophy as a captain. By age 32, he’d won four.

Only two players in history have scored more Champions League final goals (neither one is a defender like Ramos), and nobody has captained Real Madrid to European Cup or Champions League victory as many times (three) as this boy from Sevilla. A force of nature.

Yet his strengths — particularly the kind of bullish, coruscating, red-hot aggressive self-certainty that’s powered all of Ramos’ success — can become an Achilles heel too. And that’s why Ramos is leaving Madrid.

You’ve read elsewhere on ESPN that Ramos wanted to stay, that he went back and announced he’d accept the very Madrid offer he (and his brother Rene, who represents him) initially rejected. You’ve also read his regrets, his promise to return one day. (And I’ve absolutely no doubt that means as club President.)

All of the above form the headlines of the day, but what lies behind them has been something of a battle for power at the club he loves.

– Lowe: Ancelotti to Real Madrid is a marriage of convenience
– Kirkland, Faez: Where it went wrong for Zidane at Madrid

Ramos’ departure from the club didn’t simply have to do with arguments over whether he should get one, two or even four seasons in a new contract nor, specifically, about how much he should earn. Instead, Ramos has been inching towards a butting of heads with the man who, in every sense, runs Real Madrid — and he’s far from the first icon figure at a great club to fall into this trap.

The result of what was a needless, but growing, spat is that Ramos thought he “ran” the club, only for Perez to show that, in fact, he did.

The first sniff of Ramos and Perez, each a Madrid legend in their own way, talking and working at cross purposes was just over two years ago.

Ramos proposed that Los Blancos let him leave for free, as a gesture of appreciation, so that he could go and play in China.

“The offer was on the table, and I’d never have thought of accepting going there ,but it transpired that my relationship with the club wasn’t what I thought it was,” said Ramos in 2019. “Florentino and I have a father-son relationship and spending so much time close to someone over the years breeds affection. When I see him at my wedding [which was a fortnight away at the time], I’ll give him an embrace. That’s the way I am.

“When something goes wrong, I’ll face it head-on, say what I think, and then we’ll sort things out.”

That was Ramos’ point of view. He thought he could hold the prospect of him moving to China over the club and its President. Then, he thought that the relationship was mended. Instead, it had corroded ever so slightly.

Then, in his role as “union leader” — given that he’s the all-powerful captain of this massively hard-bitten and successful dressing room — Ramos discouraged his teammates from accepting Florentino’s petition that they negotiate wage reductions as a squad during the pandemic. Those reductions were reportedly based upon the financial impact of the coronavirus on Real Madrid.

Ramos seems to have believed that there was another agenda, perhaps one to save the club money that they could then spend on signing, and paying, Kylian Mbappe. At any rate, Ramos putting his foot down and advising others to follow his lead at a time when he was negotiating for his personal future at the club seems to have been a bad mix.

Perhaps justifiably, Ramos thought he had the power chair. A legend, still in great shape, hungry for more triumphs at the club and loved by the fans: he felt very close to untouchable. He, and his brother, were wrong about that.

Anyway, that’s the situation. It doesn’t begin to damage his overall legend or make him unique, either.

Think of Alfredo Di Stefano, Raul and Iker Casillas: all of them left Real Madrid either on bad terms with the President of their day, or via the back door without a proper farewell. Ramos is in good company, but at least there was a proper send-off despite the tension between him and Perez. It’s clear that the “father-son” feeling will stand the strain of this fallout. Good.

Ramos was imperfect for Madrid and Spain; he was imperfect because perfection wasn’t ever what he was seeking. He’s a risk taker, he’s a monster talent, he’s a winner, he’s ultra-aggressive. Nobody has been sent off more times for Madrid, or in La Liga, than Ramos, but very few players have won more trophies with the club. Had you asked him, Florentino or 99 percent of the fans when he joined from Sevilla whether they’d signed him for that balance, the answer would have been a resounding: ‘Yes!’

Ramos is piratical, daring, cheeky and happy to take risks. He’s brave and sometimes, he’s an utterly unstoppable force on the pitch. Most fans and critics even ignore the fact that he’s an extraordinarily good footballer. Technically, he’s exquisite.

I’ve had the great fortune across many tournaments, when he was either Spain’s right-back or centre-half, of watching him go through training drills but, more importantly, watching him in the parts before or after sessions when he’s challenging teammates to competitions. Hitting the crossbar, converting penalties, foot-tennis, bending the ball into the net from behind the goal-line: You name it. He’d challenge his teammates and usually beat them.

In 2021, with three or four years left in him, he’s about 20 short of 150 senior goals. For a defender, that’s utterly extraordinary.

Across the modern winning era of Spain and Real Madrid, Ramos is one of the stand-out icons. And I do literally mean icon. His haircuts, his wardrobe, his jewellery, his cars, his anger, his lunges at Lionel Messi, his trophy lifts, his improbable rescue acts for club and country, his dropping of the Copa del Rey off the top deck of a celebration bus, his wagging of a finger at referees, his skill, his power: his utter, total, unshakeable self-belief.

Frankly, it’s been a hoot. Ramos is one of those guys who make the ticket worth buying, make the television worth turning on, make the sponsors splurge their money, who makes us all deeper and deeper in love with football for all its beauty and idiosyncrasy.

Ultimately, when Ramos faced the media, he cried. He couldn’t help himself, that iron will rusted just a little. “The moment has arrived… one of the most difficult of my life. You’re never properly prepared to say goodbye to Real Madrid.”

My fervent hope — although there seems to be next to no chance — is that he signs for Sevilla. That would mean a salary drop he’s not yet willing to countenance. I say that because, honestly, La Liga is still massively better, massively more fun, more interesting and more competitive with Sergio Ramos in it.

But maybe he’ll decide to travel.

Paris Saint-Germain? I could see it. Manchester City? I’m not quite sure how he and Pep Guardiola would get on but, oh boy, Ramos in the Premier League would be utterly explosive.

At any rate Sergio, thanks for the memories. And thanks too to his mum, Paqui Garcia. No doubt Ramos would have been just as iconic in the sport he first loved, and it’s possible that him staring down a bull in the ring might have been a better match than some of the centre-forwards he’s devoured across his Madrid career. But when she made him promise not to become a Torero, and not to make her live in fear that one of those evenings in that profession he’d be fatally gored, Paqui Garcia inadvertently blessed football with one of the most colourful, talented, daring, cocky and entertaining players it has ever seen.

Whatever happens now and no matter where he goes, I’ll be watching. The Sergio Show goes on and I recommend that you should tune in, too. See ya later, Captain. 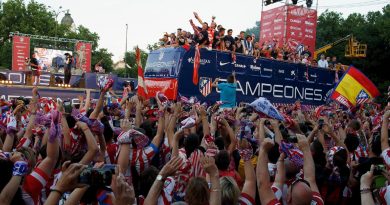 La Liga found stability and greater parity in the 2010s, but what will the 2020s bring to Spanish football? 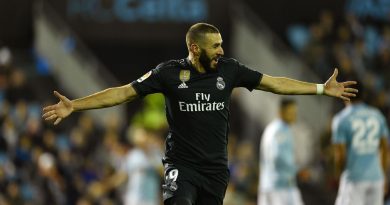 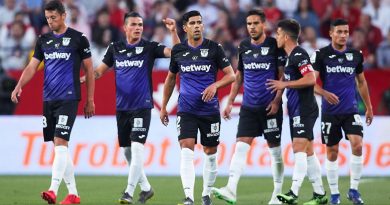