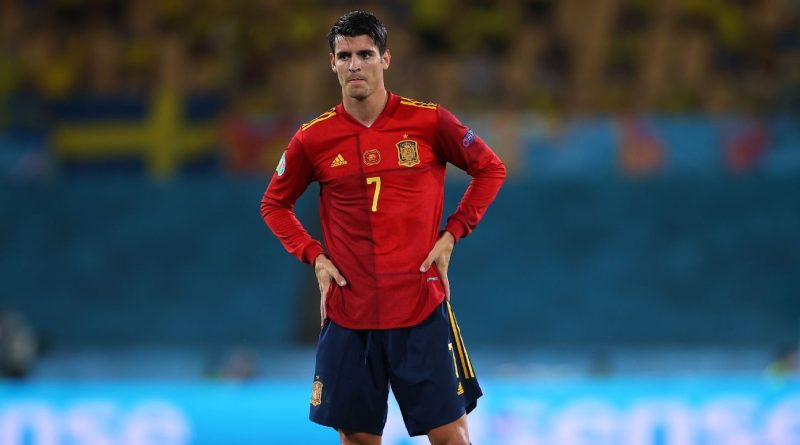 “I’m not bothered,” Luis Enrique said, but he was bothered. He’d shown it out there, gesturing towards the south end of the Wanda Metropolitano where, at long, long last on Friday June 4, fans were back: all 14,743 of them. And he eventually showed it post-match, the Spain coach finally saying what he meant in the press room under the stand after their first pre-Euro 2020 friendly, a 0-0 draw vs. Portugal.

Euro 2020: What teams need to do to advance from group stage

“That last play in which Alvaro Morata, after killing himself pressing and having helped us in so many ways, creating danger, being a constant problem for the Portuguese players, doing an incredible job, is still able to go on a 40-metre run at full speed and trick the goalkeeper, but have the bad luck that the ball goes a fraction high and hits the bar,” Luis Enrique said. “I think that’s something that should have people standing up and clapping their fingers off. But obviously, I must be the person who knows the least about football.”

He must be. International managers always are. Less than some Spain fans anyway, who, after a second half in which Morata had three or four chances vs. Portugal, watched him dash clear, cut inside and smash one last opportunity off the bar. It was probably the best of his shots — very nearly, but very much not perfect — and this time, in a game that ended scoreless, it prompted a chant. “Morata, qué malo eres!” it went.

It means: Morata, how bad you are! And, yes, it came from the Spain fans.

At full-time there were some whistles, too, but the Spain coach said he didn’t care much about those ones. In fact, he said he hadn’t even realised — and it’s true that while some supporters had applauded, others had tried to drown the whistles out with claps and cheers.

“It doesn’t affect me,” he insisted, “and I’m not going to make any mistakes out on the pitch. But it does annoy me that it’s done to my players.”

By the end of Spain’s first proper game at the Euros last week, Luis Enrique was entitled to feel even more annoyed.

Again, Morata was subject to whistles from the fans as Spain could only draw 0-0 with Sweden, the best two chances falling his way. “Morata gives us a lot — a lot more than you think,” Luis Enrique said this time around. What he had not given them was goals, but that didn’t justify the reaction, and his teammates soon came out to defend him.

“Alvaro is important for us,” Marcos Llorente said. “Luck wasn’t on his side today in front of goal, but that will change. I don’t think it’s good to whistle him. Anyone out there would like the fans to applaud him and support him.”

Various explanations exist as to why some Spain supporters reacted as they did, not least the fact of who they are. And who he is. Luis Enrique has rarely been popular in Madrid, not since he left the Bernabeu for Barcelona — certainly not since he made such a point of how much better off he was there, more than a hint of enjoyment in winding people up.

Then, this summer, he named a Spain squad that many people didn’t like. Indeed, in one poll, 72% of people disagreed with it. There were lots of reasons for that, and some of them were even legitimate. The absence of Jesus Navas and Iago Aspas for example, or Nacho Fernandez. The fact that there wasn’t really a right-back. The inclusion of Pablo Sarabia, a decision that Luis Enrique admitted “would have surprised even him.”

Then there was the absurd accusation that he somehow had it in for Real Madrid.

Listen, if you can, to this podcast, and you’ll hear how delirious it can be. One line kept recurring: Luis Enrique was anti-Madrid. He had it in for them. Just like he always had.

Yes, the Spain manager was willfully damaging Spain — his team, his career, his biggest moment — out of spite, as if to satisfy some long-held grudge. Aye, really. At some level, all that noise (however ludicrous) was fed into the fans’ reaction. In that friendly against Portugal, the profile of some of the fans in the stadium was perhaps revealed when former Real Madrid defender Pepe was withdrawn to a standing ovation, a contrast that would later prove cruel to how they reacted to Morata.

That said, it should be noticed that the Spain fans had also spent the whole game booing Cristiano Ronaldo, like some sort of pantomime villain. It should also be said — and this really is important — that this was not the whole stadium. It wasn’t even half of it. It probably wasn’t even more than a couple of hundred people, certainly not when it came to the chants.

There were more footballing reasons for the reaction, too, and let’s not forget or get overly puritanical about this: in Spain, fans whistle. They get on their own players’ backs sometimes. And then cheer them the next time. It’s what they do.

Also, there are doubts about the national team, who recently struggled against Greece and, um, then put six past Germany. There are players missing. Has Lord Barrington Aspas been mentioned yet? Ahem. There were moments of concern, and a position as significant as goalkeeper remains a concern. And it did finish 0-0. And Morata did miss chances that someone else might not have missed, which he sometimes does.

Exactly as would happen against Sweden. He becomes an easy target (and you can insert your own isn’t it ironic? comment here)

Chris Coleman thinks Alvaro Morata’s confidence is too shaken for Luis Enrique to keep him in Spain’s XI.

There is a sense of unfulfilled talent that lingers when it comes to Morata, probably more than it should. There have been times in his career when it has looked like Morata has been running away, seeking a happiness that’s always just out of reach. He left Real Madrid and made a point of saying that Atletico Madrid were his boyhood team — quite honestly, that may have played a part in the fans’ reactions too — but then ended up heading to Juventus. Which is some team, and he has had some season.

But he has also had those moments when it seems he can’t score, when it seems to eat away at him. Moments when he’s brilliant, but that soon slips through his fingers, a player of good runs and bad ones. Moments when chances go begging, when he’s just not quite as good as he should be, when he seems to lack something. A killer instinct, a nastiness, something — his family told him he had to be more like Diego Costa when he went to Chelsea in 2017 — and you wonder if you can rely on him. Something that means those misses on Friday night did not feel like they were just Friday night.

But here’s the thing: while that might increase the fans’ frustration and the temptation to take it out on him, that’s not a reason to get on a player’s back like this. Quite the opposite. And to repeat: these weren’t just whistles. They were actually singing at him, telling him how bad he was. All that time away from grounds and you come back and do that to your own player? Seriously?

And to Morata, of all people?

There has been at times a heavy hint of vulnerability about Morata, a sense that things weren’t quite right. It was hard not to listen to the chants and think the fans had picked on the player they could most hurt, the one that they could most sink, and beyond all the human elements, you wonder just how stupid they are.

Morata has talked openly — remarkably openly, in fact, about pressure — in the past about not always feeling right, about his head going down. Take this line: “Sometimes I go home, put the game on and think ‘How can I miss that?’ It affects you; it also affects you to know that your career also depends on the opinion of journalists, fans, directors, and sometimes they’re not really qualified to judge. ‘Did he score goals? No? A s–t game.'”

As Luis Enrique says, I must be the one who knows the least. Morata knows that, but it doesn’t make him impermeable, it doesn’t mean it’s not on his mind, and it doesn’t mean he doesn’t hear the songs. He will have heard them, and loudly.

When they played together at Juventus, Gigi Buffon once found Morata in tears. He advised him not to let anyone see that; not because he should bottle it up, but because people would take advantage, use it, seize upon it. He had to not give them that chance, but even those who don’t realise the damage they are doing can do it. The Italian goalkeeper insisted that Morata could be among the world’s best “if only he could get over his mental hang-ups.” Behind the scenes he helped Morata, guided him.

Luis Enrique has done the same. On Friday, the eve of Spain’s second Euro 2020 game, the coach — who never, ever reveals his team, not even who is going to play in goal — did just that. Tomorrow, he said, Spain’s line-up against Poland would be “Morata and 10 others.” He even sent Morata out to meet the media in the pre-match press conference: it was a show of strength and togetherness, an attempt to get him to stand tall, proud, to have his say. To tell the media (even if it was not true) that he was not troubled by this. That the ball would go in, and then they would see.

As Laporte had put it: “maybe he will score three and shut everyone’s mouths.” Maybe, and maybe doing this would help. This was a manager protecting and projecting his player: pushing sure, but helping him too, guiding him, reinforcing him, telling the doubters that he was not one of them and nor was he going to backdown, whatever thy said. He was on Morata’s side. He was backing him all the way.

The fans should do the same. The clue is in the words: supporters. This isn’t a player to whistle or boo, still less someone to assassinate in song. Because this is a person and because this is a player: Alvaro Morata is Spain’s striker, your striker, someone you’re supposed to get behind. 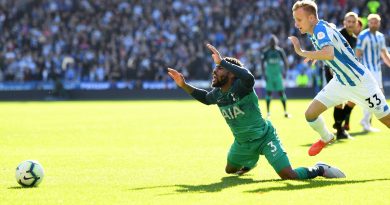 On the Spot: Were Lacazette, Rose penalty calls correct?

Oct 3, 2018 ayman022 Comments Off on On the Spot: Were Lacazette, Rose penalty calls correct? 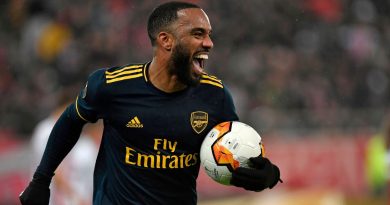 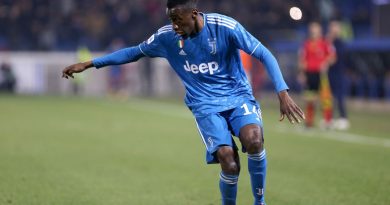