For anyone panicking that Spain might struggle at Euro 2020 because they’ve dropped one captain (Sergio Ramos) and then lost another to a positive COVID-19 test (Sergio Busquets), it’s worth remembering that La Roja perpetually love a pre-tournament drama.

In 2008, exactly 25 days before winning the Euros, Spain were literally booed out of their own country en route to Austria where they went on to win every match, score 12 times and beat Germany in the final to lift their first senior trophy since 1964. Santi Cazorla told me, retrospectively: “The fans had completely lost the faith … players had to suffer the abuse, the whistling and the negative press coverage — it was a total nightmare.”

In 2010, Vicente del Bosque’s team lost their opening World Cup match against Switzerland. Andres Iniesta had arrived in South Africa after a brutal year where his brilliance was decimated by both intense depression and repeated muscular injuries. He was carried off injured during that defeat and Spain had to face up to the harsh reality that no team had ever lost their first group match then gone on to win the World Cup.

The jackals in the Spanish media turned on Del Bosque and on Busquets. La Roja‘s heavyweight players, plus the FA executives, held an emergency, no-holds barred, off-the-record meeting in the pavilion of their South African University training camp in Potchefstroom. It worked. Twenty-five days later they’d beaten every other opponent, scored eight, conceded one and lifted the trophy of trophies.

By 2012, Del Bosque was threatening to turf any player out of his squad — no matter name, reputation or experience — who brought even a scintilla of the “Clasico Wars” into Spain’s dressing room.

Barcelona and Real Madrid had been at each other’s throats for two years. Several players across the two teams subsequently admitted that they’d “lost the place” and a referees’ briefing by supervisor Pierluigi Collina, which used the Pepe–Dani Alves red card incident from the 2011 Champions League semifinal first leg, threatened to split hastily patched-up unity in the defending champions’ camp. They still won the tournament.

Brazil 2014 brought a 1-0 lead in their first match against Netherlands with half-time approaching, but David Silva missed a glorious chance to make it 2-0, and Robin van Persie’s incredible diving header set up a second half mauling that ended 5-1. After that, Xavi was dropped, David Villa misused and yet another Spain tournament debut was mired in accusation, controversy and hot temper. No way out of that one and a 2-0 defeat to Chile saw them crash out in the group stage.

Spain’s Euro domination was ended in 2016 by Italy in the first knockout round and, of course, last time out at Russia 2018 a very promising Spain campaign was smashed to smithereens when Julen Lopetegui announced to his FA employers that after the tournament he’d be leaving to join Real Madrid. During an epic 24 hours of fury, confusion and mistakes, Lopetegui was sacked, the squad was divided, director of football Fernando Hierro took over and the campaign was scuppered from the outset. Somehow they finished top of Group B but bowed out to the hosts on penalties in the round of 16.

All this merits a mention because Luis Enrique dropping Ramos (picking the French-born Aymeric Laporte instead), then losing Ramos’ replacement as captain, Busquets, to a COVID-19 infection and locking down the training camp while conducting individual rather than group training is really only par for the course. Honestly.

Typical of Spain’s “we do it differently, THIS is La Roja!” attitude was the solution to promote the U-21 squad which had narrowly lost their own Euro semifinal the previous week (then gone off on holiday) to become the de facto Spain side which played the final pre-tournament friendly against Lithuania and won 4-0! Sixteen new caps (a record) and a warning to the senior squad that the kids are alright, and breathing down their neck.

However, as the events of 2014 and 2018 prove, starting a tournament beset by problems, finger-pointing and acrimony doesn’t always end in the joyous lifting of a trophy like it did in 2008-2012. In fact, Spain need to be considered as outsiders for this tournament.

Luis Enrique’s last pronouncement on the subject was: “We’re not the favourites, that’s the holders [Portugal]. But there are six or seven teams who are candidates to win and we accept the pressure of being in that group.”

Here are the facts. Spain are good enough to thrash Germany 6-0 — the match about which Toni Kroos said: “I’ve never felt so helpless on a football pitch” — and to put four goals past Ukraine. But are also capable of drab performances like the 1-1 draw with Greece and to only sneak past Georgia 2-1 with a last-minute miracle goal. Real Jekyll-and-Hyde stuff.

It’s going to be searing hot, Spain’s confidence hasn’t been dented by their odd, uncomfortable week of improvised preparation and the mood is good. But it’s only 20 months since Sweden boss Janne Andersson showed with crystal clarity that they know Spain’s weak spots. That Euro qualifying game in October 2019 ended 1-1 and La Roja really got off the hook; pressed, harassed and bombarded, they conjured up a 90th minute equaliser via substitute Rodrigo.

This is a team, and a squad, in transition. Some of the stalwarts are missing, there’s an age disparity, some of the natural Luis Enrique favourites (Sergio Canales, Jesus Navas, Mikel Merino, Ramos, Isco, Rodrigo Moreno, Marco Asensio, Dani Carvajal, Lucas Vazquez) aren’t here for reasons of form or injury or both.

They lack killer goals. In fact, absurdly, Ramos might be missed in that area more than in defence given the nine he’s scored in his last 23 internationals.

Going into the tournament Spain aren’t totally sure whether Laporte, out of position, plus Torres or Eric Garcia and Laporte to his left, is their best centre-back partnership. Between the sticks the suspicion remains that Robert Sanchez missed out on proving himself ready to start against the Zlatan Ibrahimovic-less Swedes because the senior squad were in isolation after Busquets’ positive test and the Brighton man couldn’t play against Lithuania. Manchester United‘s David de Gea has had a troubled year for his club so Athletic Bilbao‘s Simon looks set to get the No. 1 jersey.

Where are the bright spots?

Luis Enrique is a daring, passionate, convincing leader. Pedri is a pure diamond of a footballer who should win the young player of the tournament award. Moreno has never been in more prolific scoring form at any stage of his senior career — he’s also just scored in and won his first European final. Laporte? Well he may well have been using a French passport for the last 27 years of his life but now that he’s ‘Spanish’ for footballing purposes he adds power, height, aggression and distribution to La Roja‘s back four.

And I’ll tell you this much: When Luis Enrique states that he’d rarely experienced such buoyant unity in a squad and that he’d not felt an atmosphere this positive and uplifting since he managed Barcelona B to promotion back in 2010, then it’s worth paying attention.

The last time the hard-nosed Asturian coach said anything vaguely similar it was after a deeply uninspiring 1-1 draw in Switzerland last November when, ironically, Ramos missed two penalties and Moreno equalised with less than a minute left. It was that night he warned “things are coming good” and added that “you aren’t seeing what I’m seeing — training is exceptional and I don’t care what you think of that performance a big one is just around the corner.”

Obviously, Spain’s media being what they are, there was an air of derision. Three days later Germany were absolutely crushed: 6-0. That, too, was in Sevilla.

Against any team at this European Championship who “wants to play” Spain will make a match lovely to watch. Punch and counter-punch. But against banked defences you can bank on Spain wishing that they still had a Silva, Iniesta, Cesc Fabregas or a Xavi to produce quicksilver magic.

Perhaps Thiago, twice winner of the European Championships at U21 level with players like Koke, Morata, Pablo Sarabia, Azpilicueta and De Gea alongside him, can prove to be the lock-picker against dull teams who only want to suffocate and counter-attack. “We’re here to win, 100%,” the Liverpool midfielder warned on Friday.

That’s Spain’s mood, objective and belief. You’d be within your rights to have doubts, but Spain, by nature, won’t care. It’s tournament time, they never reach one without drama, criticism, problems and incident. 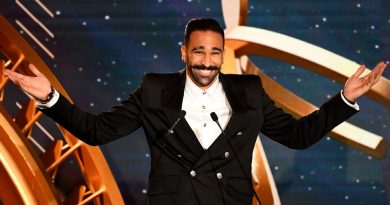 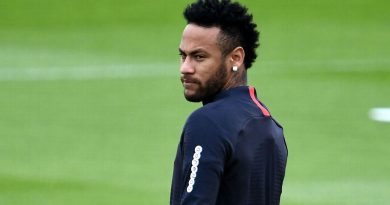