Tottenham Hotspur are back to square one in their increasingly chaotic managerial search after deciding not to appoint Gennaro Gattuso following a strong fan backlash, sources have told ESPN.

Spurs will now reassess the possible candidates — which sources have said still include Ajax’s Erik ten Hag despite him signing a contract extension to 2023 — after opting against pursing a deal with Gattuso, who on Thursday backed out of a deal to join Fiorentina on July 1, just 23 days after his appointment was announced.

Gattuso’s sudden availability was a contributing factor in Tottenham ending lengthy negotiations with Paulo Fonseca, who is a free agent, having left Roma after not having his contract renewed.

Sources close to Tottenham have told ESPN that there were differing views between Spurs and Fonseca over the future direction of the club as opposed to any major financial hurdles to overcome. However, ESPN has also learned that Fonseca would have had to pay €3 million ($3.6m) in tax were he to take up a job outside of Italy before the end of next month due to the country’s laws regarding elite sportspeople.

This in part explains why Fonseca is now the favourite to take charge of Fiorentina with Gattuso no longer in place. Sources have also told ESPN that Tottenham’s new managing director of football, Fabio Paratici, is a particular admirer of Gattuso but the club had not anticipated the fervent opposition among supporters to news of his emergence as a serious candidate on Thursday afternoon.

The hashtag #NoToGattuso was trending on Twitter in the UK while the Tottenham Hotspur Supporters’ Trust claimed they had communicated the feeling among fans to the club.

“We can and do communicate supporter sentiment to the decision-makers at the club and have done so very clearly on this occasion,” THST wrote in a statement.


Gattuso has previously made controversial comments about racism, women in football and same-sex marriage, while he was also involved in a violent clash with then Spurs coach Joe Jordan while playing against Tottenham for AC Milan in a 2011 Champions League match.

Talks have now ended with the 43-year-old and Spurs are left to consider their next move in a search which has become alarmingly protracted since sacking Jose Mourinho on April 19.

Spurs were originally interested in speaking to RB Leipzig‘s Julian Nagelsmann and Leicester City‘s Brendan Rodgers. But Nagelsmann opted to join Bayern Munich while Rodgers showed no interest in leaving Leicester, where he is also under contract until 2025.

Former Chelsea boss Antonio Conte was contacted but an agreement could not be reached while ex-Spurs manager Mauricio Pochettino was sounded out over a possible return to the club but sources have told ESPN that he never seriously considered leaving Paris Saint-Germain. 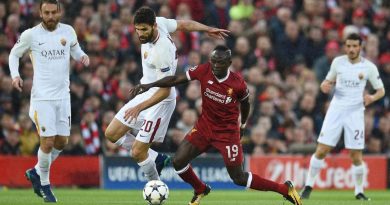 May 1, 2021 ayman022 Comments Off on Sterling could leave Man City this summer 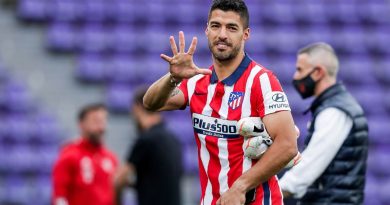