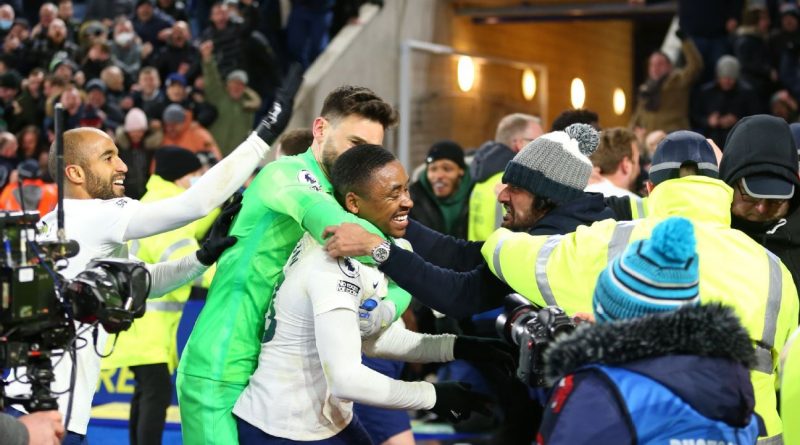 Tottenham Hotspur‘s Dutch winger Steven Bergwijn said he was living “every boy’s dream” after he came off the bench and scored twice in stoppage time to secure a historic 3-2 victory at Leicester City on Wednesday.

Spurs boss Antonio Conte threw on Bergwijn in the 79th minute with his side trailing 2-1 and he delivered the killer blows in the fifth and seventh minutes of stoppage time to extend the team’s unbeaten run in the Premier League to nine games.

Bergwijn’s heroics capped the latest comeback for a win in Premier League history, as Tottenham trailed after 94:52. The previous record was held by Manchester City in their 3-2 Premier League-clinching win over Queens Park Rangers in May 2012 (91:14), per ESPN Stats & Information.

“It is fantastic. The fans had a fantastic day. I scored two goals. I am happy. The manager told me to score goals, make difficulties for the defenders and stay close to Harry Kane,” said the Bergwijn.

“This is every boy’s dream to turn around a game like this,” he added.

“It was a massive game and we have a lot of games in hand, now we need to work and take on each game.”

Bergwijn has started just three league games this season and has yet to make the first eleven under Conte, but the Italian coach said he had no doubt about the winger’s value and wants to keep him at the club.

“In the past when someone asks me about Steven Bergwijn I was very clear. I said that for me he is an important player because he has characteristics that in our squad we don’t have many of, creative players,” he said.

“He is very good in one v one, good at beating the man. He can play striker, he can play number 10 and for us, for me, he is an important player and we have to try to improve, to become stronger, not to lose a player and become less strong.

“Steven is a player that if he’s in good physical condition and he has good fitness he can start the games or he can come in and change the game. For me I think he’s an important player and you know very well the player has to be happy and I think the player is happy to stay with us and play for Tottenham,” he added.

Leicester manager Brendan Rodgers criticised Youri Tielemans as being “naive” for giving the ball away late, which led to the last-gasp winner and was crestfallen by the manner of the defeat.

“That was a great opportunity tonight, but you have to see that through. I don’t think Tottenham won the game, we presented them the three points. It’s bitterly disappointing,” he said.

While Bergwijn was the hero, Kane, who netted Spurs’ first goal, also looked close to his best both as a finisher and a creator and the England forward threatened from the outset. 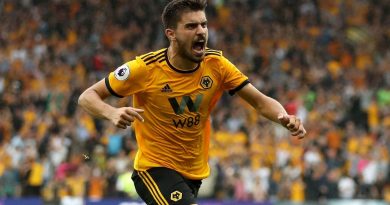