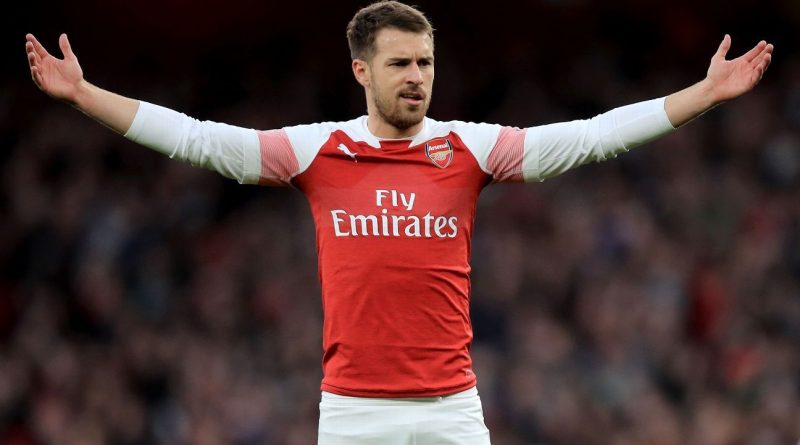 This is one that has been expected for a while: Aaron Ramsey will join Juventus in the summer, the Guardian says.

Ramsey is out of contract after the season and will leave Arsenal after 11 years at the club, having moved to North London from Cardiff City as an 18-year-old. The Guardian claims the Wales star has agreed a contract worth around £140,000 a week, or £7.2m a season, which would make him Juve’s second-highest earner behind Cristiano Ronaldo.

Ramsey had attracted the attention of a host of Europe’s biggest clubs, including Real Madrid, Bayern Munich and Paris Saint-Germain, to name a few.

Mauro Icardi‘s wife, who doubles as his agent, has gone on the attack when it comes to the striker’s future, and the front page of Thursday’s Corriere dello Sport claims that four clubs are interested in signing him.

The 25-year-old is one of the world’s best strikers but is believed to be on less than £100,000 a week, with his £4m-a-year salary making him just the 10th-highest-paid player in Serie A, according to reports. The Argentina striker’s current deal is due to expire in 2021, and his wife, Wanda Nara, claims the sides are a long way from agreeing a new contract. She says he will not be staying unless he receives a lot more money.

Juve ready to spend big to ward off United and Real

Real Madrid and Manchester United are said to be contemplating the 51-year-old for the manager roles in the summer, with Santiago Solari and Ole Gunnar Solskjaer not expected to start the 2019-20 campaign in charge of their respective clubs. And with arguably the two biggest and wealthiest clubs waiting in the wings, Corriere dello Sport claims Juventus are ready to spend €10m net to keep hold of the man who has won the last four Serie A titles for the club.

Declan Rice may have signed a new long-term contract recently, but that hasn’t stopped Manchester City from deciding that they want to land West Ham United’s talented teen, according to the Sun.

The midfielder may not turn 20 until Monday but he has already become a mainstay in the Hammers side and proven himself to be one of the most promising young players in the Premier League. Rice has already been capped three times by the Republic of Ireland but he is still eligible to play for England long term and is in the middle of deciding which country he wants to represent.

City see the 19-year-old as a potential successor for Fernandinho, who turns 34 in May, and the Sun claims West Ham would want in the region of £50m for their academy graduate.

Striker agrees to leave Premier League for Serie A side

The fire burned bright at the start but after an ultimately unsuccessful spell in England, Manolo Gabbiadini has secured a move back to Italy with Sampdoria, according to reports.

Gabbiadini certainly hit the ground running in England, with four goals in his first three games for Southampton following his £14.6m move from Napoli in January 2017. But then only eight more goals in the following 57 games followed, and he has only featured once for new Saints boss Ralph Hasenhuttl.

Now he is set to secure regular football once more back at one of his old clubs. Tuttosport claims the Serie A side will pay an initial loan fee of of £2.7m and then in the summer will have to buy him permanently for £8.1m, with further add-ons believed to be included depending on the number of goals he scores or if Sampdoria qualify for Europe.

United are reportedly on the verge of signing the Greek international in a cut-price deal, due to the 27-year-old having a £30.5m release clause in his contract. A host of other European clubs are interested in the Roma man though.

With Ramsey’s move to Juventus close to being finalised, talk of Suarez’s switch to the Emirates has ramped up again in the last 24 hours. The Gunners are said to favour a loan deal for the 25-year-old, while Barcelona are keen to move the ex-Manchester City midfielder on permanently.

The Blues are on the lookout for another full-back, with Davide Zappacosta on the verge of a switch to Lazio, and Maurizio Sarri is keen to secure one of his former Napoli stars. It is believed the 24-year-old Albanian would be potentially available for less than his £45m release clause.

The Spain striker’s time at Chelsea appears to be coming to an end, and both Sevilla and Atletico Madrid have shown real interest in the 26-year-old.

Real Madrid have joined Manchester United and Chelsea in the race for the 20-year-old defender. Militao has a £44m buyout clause despite Porto only paying Sao Paulo around £4m for him in the summer. 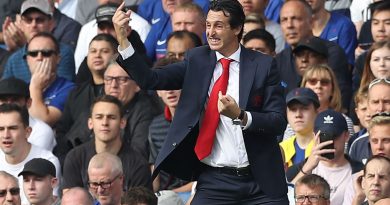 Aug 19, 2018 ayman022 Comments Off on Arsenal’s Unai Emery backed by Alex Iwobi – Players all ‘buying into his ideas’ 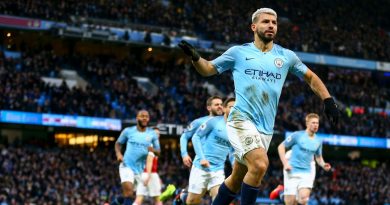 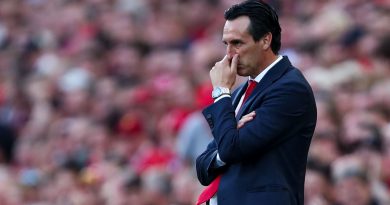 Has Unai Emery learned from the mistakes of last season?

Aug 29, 2019 ayman022 Comments Off on Has Unai Emery learned from the mistakes of last season?