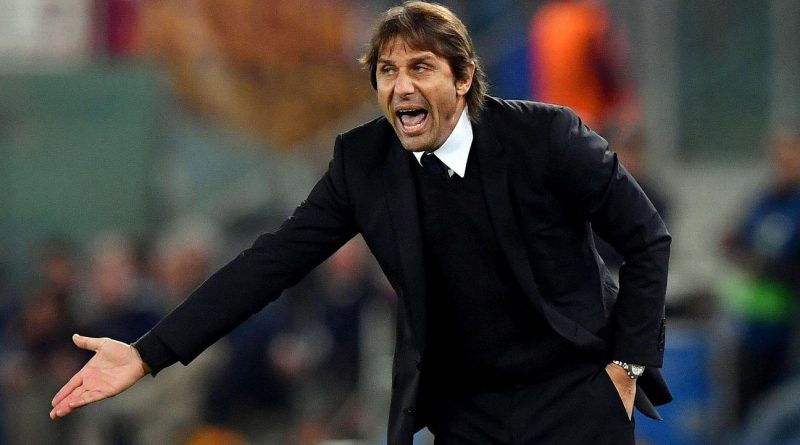 Real Madrid could be about to sack manager Julen Lopetegui after Sunday’s 5-1 Clasico defeat to Barcelona.

Rumours have been rife over Lopetegui’s future after Madrid’s poor start to the season, and a heavy defeat to their greatest rivals that leaves them ninth in La Liga could spell the end for the former Spain coach.

With Conte reportedly having solved his legal issues with Chelsea after his dismissal, he could be set to take charge at the Bernabeu very shortly.

24.00 BST: That will bring today’s LIVE Transfer Talk blog to an end. Remember to check back shortly for the latest rumours and rumblings from around the football universe. Have a good night!

The Daily Star suggests that City could be willing to meet the £71 million fee that Ajax are holding out for, a fee which would smash the club’s record purchase of Riyad Mahrez this past summer £60m.

The 21-year-old Dutch talent is one of the most sought-after young players in world football and projects as a player perfectly-suited to play in a Pep Guardiola-coached team.

Tottenham, who faceoff with City on Monday night, are also hell-bent on signing De Jong this January. Where will Frenkie de Jong be playing come January? One thing is for sure he has plenty of suitors.

One former Spurs thinks so. Jermaine Jenas, who does pundit work for BT Sport and the BBC, thinks Lloris’ propensity for major mistakes has gotten old. Speaking with the Daily Mail, Jenas had the following to see about the French goalkeeper after Tottenham’s draw with PSV.

“The second error from Hugo Lloris is more of a worry. He’s meant to be one of Mauricio Pochettino’s main men, his captain. But he’s let him down too many times.

“This started before the World Cup and in crucial games. Both fixtures against Manchester City and Chelsea last season saw Lloris errors which had an impact on the result.

“It happened in France’s World Cup qualifiers against Sweden. He’s No. 1 for France, a World Cup winner and Tottenham captain, so there is an assumption he is one of the best goalkeepers in the world. I don’t think his form in the past year backs that up.

Lloris’ current contract runs through 2022 and it is unlikely Tottenham, who have bigger problems than goalkeeper, will be looking for a replacement for the World Cup winner any time soon.

20.13 BST: Could Cesc Fabregas return to Arsenal for a swansong?

The Spaniard looks to be surplus to requirement at Chelsea and hasn’t ruled out a return to old club Arsenal.

Speaking to Marca, “Of course, Arsenal will always be in my heart and I will never forget them so why not return. You never know”, said Fabregas.

The 31-year-old playmaker made over 300 appearances as a Gunner and could provide cover if Aaron Ramsey leaves in January.

Champions League hopefuls AC Milan are the other club often linked with a move for Fabregas.

19.15 BST: As Sunday’s defeat to Manchester United pointed out, Richarlison does not suit the striker role at Everton.

According to the Daily Mirror, they are lining up a move to sign Jamie Vardy from Leicester.

13.00 BST: It looks like Manchester United are set to reignite their interest in Leicester City’s Harry Maguire in the January transfer window.

The Sun write that Jose Mourinho is still keen on bringing the defender to Old Trafford after pursuing him in the summer.

A £60 million bid will reportedly be launched.

12.40 BST: While the future of Eden Hazard remains unclear, his brother Thorgan Hazard has said that he cannot play for the same club side as him.

Speaking to Sport1, the midfielder, who left Chelsea for Borussia Monchengladbach in 2015, admitted that it would be difficult to return to Stamford Bridge while Eden is there because of his ability and presence.

12.10 BST: With Aaron Ramsey likely to depart Arsenal with his contract up in the summer and a new one taken off the table, director of football Raul Sanllehi has told The Observer that the club will stop allowing contracts to run into a player’s final year.

Arsenal have previously been in this situation with Robin van Persie and Alexis Sanchez, who were both sold to Manchester United in the final year of their contracts.

11.30 BST: Jadon Sancho continued to impress at Borussia Dortmund with two more goals on Saturday. And it might not be too long until his former Manchester City teammate Phil Foden is lighting up one of Europe’s top divisions as well.

The Sunday Mirror claims Foden is wanted by Juventus, and the Italian champions could pay a bargain £175,000 for the midfielder.

10.30 BST: Juventus director Pavel Nedved has said he would welcome Paul Pogba back to the club, although he didn’t exactly sound confident about the chances of a move for the Manchester United midfielder.

“I think Pogba is one of the best players in the world, so it’d be wonderful, but he’s at Manchester and therefore talking about it is futile,” he told Sky Sport Italia. “We’re alert on the transfer market, but January is a long way away.”

09.30 BST: Arsenal could make a move for Manchester United playmaker Juan Mata if he decides to leave Old Trafford on a free transfer. The Daily Star reckons that Arsenal boss Unai Emery — who managed Mata at Valencia between 2008 and 2011 — would love to work with him again.

08.30 BST: Here’s what D.C. United striker Wayne Rooney had to say to ESPN’s Sebastian Salazar about a possible loan move back to England.

Jose Mourinho’s side are the latest club to be linked with a move for talented Lyon midfielder Tanguy Ndombele, and will join Tottenham, Chelsea and Manchester City in the race for his signature according to the Mirror.

The young Frenchman has already impressed in Manchester this season, standing out in midfield as his side defeated Manchester City in the Champions League at the Etihad Stadium.

Guardiola knows first-hand what the 21-year-old is all about, but United and Chelsea wanted a closer look, sending scouts to watch him against Hoffenheim last week.

The all-action midfielder, who also has the intelligence and vision to cut opposition defences apart with his passing, could fetch a large fee in one of the upcoming transfer windows.

The Mirror are running an exclusive which states that Juventus are continuing to monitor Manchester City midfielder Phil Foden.

The English teenager was linked to the Serie A side by the Italian media earlier this month, and the English papers have done some further digging.

Foden has just over 18 months to run on his contract, and a new deal will be discussed imminently, but the Italian champions will be keeping an eye on proceedings in case the two parties fail to agree terms.

Should he move, Foden will follow Jadon Sancho’s lead, heading to the continent in search of first-team football rather than waiting for a chance in the Premier League with Manchester City.

— Everton are eyeing a cheeky bid for Jamie Vardy, and will pay Leicester’s £25m valuation to bring him to Goodison Park. The Mirror believes that Marco Silva’s side would be interested in a deal at that price, and the striker would give Everton something they currently lack up front.

— The Star reports that Arsenal will look to sign Manchester United midfielder Juan Mata should he leave Old Trafford on a free transfer at the end of the season. Mata worked with Gunners boss Unai Emery at Valencia, and his former coach is monitoring the 30-year-old’s contract situation.

— The front page of Italian outlet Tuttosport reports that Juventus are willing to pay £60m to take Paul Pogba back to Serie A. They will look to sign him on loan in January, with a view to a permanent move next summer. 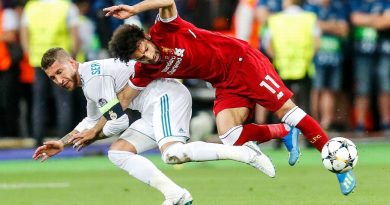 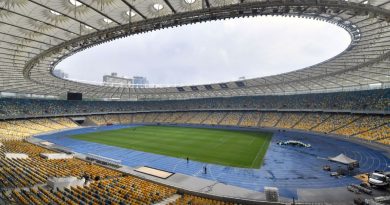 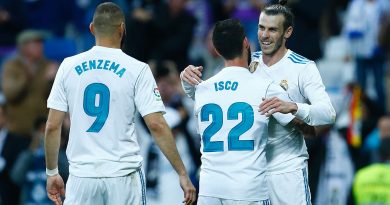 May 14, 2018 ayman022 Comments Off on Bale bags brace as Real Madrid blow past Celta Vigo