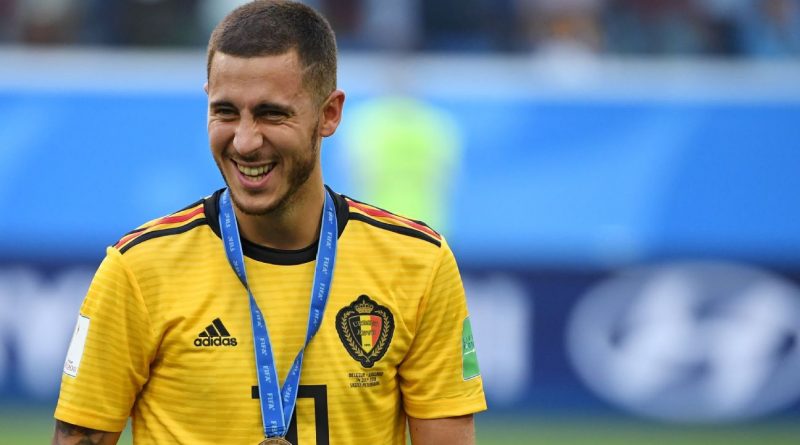 When does the transfer window close in the Premier League and the top European leagues?

Real Madrid are preparing a £112 million bid for Eden Hazard, while they consider the proposed £35.5m transfer of Thibaut Courtois a formality, the Evening Standard write.

However, Chelsea will hold out for a deal worth £200m and intend to offer Hazard a new contract.

Sources at the club are said to be “relaxed” about the situation, knowing that they have the upper hand in negotiations due to Hazard saying “Chelsea will make the final decision” about his future.

They are also looking to add to the squad, with deals for Aleksandr Golovin and Daniele Rugani said to be nearing completion.

14.00 BST: The Evening Standard are now also reporting that Wilfried Zaha has asked to leave Crystal Palace, as he has ambitions of playing in the Champions League.

Tottenham, Borussia Dortmund and Everton are all reportedly interested, though only the former two fit Zaha’s requirements.

13.40 BST: Never one to shirk the limelight but instead embrace it, Napoli president Aurelio De Laurentiis has told Gianluca Di Marzio that he is not looking to bring in Karim Benzema, Angel Di Maria and Edinson Cavani.

He added that he is looking to bring in young players in this window.

He is, however, not a new signing. Sorry, Reds fans.

13.25 BST: Sky Italia, via Calciomercato, report that the agent of Fiorentina midfielder Milan Badelj is finalising a move for his client to AC Milan.

The San Siro club were today reinstated into the Europa League, effectively knocking Badelj’s current club out of continental competition.

12.45 BST: Following on from reports in Marca earlier, Estadio Deportivo believe interest from West Ham is getting in the way of Real Betis and Sevilla signing free agent Diego Reyes.

12.35 BST: A done deal on the south coast, where Brighton have signed South Africa forward Percy Tau from Mamelodi Sundowns.

Chris Hughton has confirmed Tau will leave on loan to the continent for this season.

12.25 BST: Mundo Deportivo have collated the latest on Andre Gomes‘ proposed move away from Barcelona.

Calciomercato say that Napoli and Lazio are monitoring the situation while Diario de Sevilla say that Real Betis are also interested. Reports in Spain had previously linked Arsenal and Tottenham with the midfielder.

12.15 BST: Contact has been established between Chelsea and Juventus regarding Gonzalo Higuain, according to Sky Italia.

Remember when people would compare the price of stuff to Michu? “You could get ten Michu’s for the price of Robin van Persie,” and so on…

Here’s one of our favourite Michu memories. 🙌 What’s yours? 🤔 pic.twitter.com/7bHQc5x29t

11.55 BST: Tottenham and Aston Villa are close to agreeing terms over the transfer of Jack Grealish, who could join up with Mauricio Pochettino’s side next week, according to the Mirror.

11.45 BST: Pep Guardiola says he would like to “find a solution” for Joe Hart so that he does not have to spend his final season under contract at Manchester City not playing, as reported by BBC Sport.

11.35 BST: Bein Sports believe that Besiktas have received an offer from West Ham for Croatia defender Domagoj Vida, while talks continue with Fulham regarding goalkeeper Fabri.

11.25 BST: Sources have told ESPN FC that Burnley and Brighton are lining up moves for Preston midfielder Ben Pearson.

11.15 BST: And here is today’s accompanying cover of Sport, saying that Eden Hazard and Willian have let Barcelona know that they are willing to negotiate their transfer to the club.

11.10 BST: Sport are echoing reports from The Sun that Chelsea are desperate to keep hold of Eden Hazard, Willian and Thibaut Courtois.

With Roman Abramovich believed to be open to selling the club, and the aforementioned trio all determined to leave Stamford Bridge, the news looks bleak for Chelsea.

11.00 BST: Juventus fans cannot get enough of new signing Cristiano Ronaldo — since his arrival, the club’s season tickets have sold out.

10.50 BST: Neymar says that he wants to stay at Paris Saint-Germain despite interest from Real Madrid.

10.40 BST: Tuttosport say that Juventus have made contact with Bayern Munich regarding Juan Bernat.

The midfielder revealed he is in regular contact with Hazard and is trying to convince him to remain at Stamford Bridge.

“Gameiro is a possibility in the market,” he said, as reported by AS. “He is a different kind of forward than we had last season and have now. Either he, or another forward, will come in. That is our idea.”

10.10 BST: Mexico international Diego Reyes may be spoiled for choices when it comes to his next move. The 25-year-old is a free agent after his contract with Porto ran down and Marca is reporting that seven clubs are interested in bringing in the versatile defender.

Sevilla and Real Betis have reportedly shown interest, while Everton, Newcastle, West Ham and Watford are monitoring his situation in the Premier League. Over in Turkey, Fenerbache have readied an offer. Over to you, Diego.

10.00 BST: Since Carlo Ancelotti was confimed as Napoli boss, the club have been linked to several players he has managed before, including Karim Benzema and Angel Di Maria.

Gazzetta dello Sport, via Calciomercato, write that they have a financial plan in place to sign the pair, based on the way taxation works for foreign players in Italy — a move which was reportedly used by Juventus in luring Cristiano Ronaldo to the club.

09.50 BST: While Daniele Rugani is continually linked with a switch from Juventus to Chelsea, Sky Italia report that the Blues have also bid for Mattia Caldara.

The Italian champions have rejected the offer, as the defender is yet to make an appearance for the club following a loan spell at Atalanta.

09.40 BST: Monaco, Paris Saint-Germain… Liverpool? New Reds midfielder Fabinho has said he will try and convince World Cup winner Kylian Mbappe to join him at Anfield, though this is more in delirious hope than realistic expectation, the Guardian say.

09.30 BST: Tottenham are yet to make a signing in this window, but Wilfried Zaha is determined to make a move to the club after rejecting a new contract at Crystal Palace, according to The Times.

09.20 BST: Sport BILD report that Ante Rebic, fresh from his World Cup campaign with Croatia, is being courted by Manchester United, Arsenal and Tottenham, but favours a move to Bayern Munich.

New Bayern boss Niko Kovac, who coached Rebic at Eintracht Frankfurt and when he himself was in charge of Croatia, is keen on a deal, but promised his former club not to sign any of their players. Any deal would also have to a record fee for Bayern.

09.05 BST: An inter-Championship move for you — Brentford winger Florian Jozefzoon has left the glorious Griffin Park, the only ground in the world with a pub on all four corners, to join Derby for an undisclosed fee…

08.45 BST: Everton could be beaten to the signing of Bordeaux forward Malcom, L’Equipe reports, after Roma opened talks about a move for him.

08.30 BST: To Italy, where Inter Milan are being linked with a move for Atletico’s Sime Vrsaljko, reportedly keen on returning to Serie A.

08.15 BST: Croatia defender Duje Caleta-Car is expected to complete a medical at Marseille on Friday before joining them from Red Bull Salzburg and signing a five-year contract, L’Equipe reports. The 21-year-old centre-back is likely to cost €19 million.

08.00 BST: Amid West Ham’s spate of signings this summer, what of potential departures? Reports suggest winger Michail Antonio could be one of those, with London rivals Crystal Palace interested in signing him.

Edinson Cavani could be set for a sensational return to Napoli, following a report from Tutto Napoli that he has agreed terms with his former club.

The Paris Saint-Germain star left the San Paolo in 2013 for a huge fee of around €65 million, and he has since scored 170 goals in all competitions to become the Ligue 1 club’s all-time top scorer.

At 31 and reportedly struggling to strike up a connection with Neymar, Cavani could return to Serie A, though an agreement with PSG is outstanding, with two years remaining on his deal.

Nonetheless, the outlet claims that Cavani has agreed terms on a four-year deal worth €7.5m (£6.7m) per season.

Player-plus-cash bids are expected from Tottenham and Everton for Wilfried Zaha despite Crystal Palace insisting on a £60m fee.

The Mirror believes Spurs will throw Moussa Sissoko into the deal, while the Toffees would like to include former Eagles favourite Yannick Bolasie, who they value at £15m, which will leave a fee of around £45m on top.

West Ham refused to meet Zaha’s price tag, while Borussia Dortmund will mount a bid of their own, with the report claiming the 25-year-old is leaning toward a summer exit, after rejecting Palace’s offer of a new deal worth £125,000 per week.

Chelsea could face late competition for Russian midfielder Aleksandr Golovin after reports of a bid from Barcelona, says Sport.

The Blues have been leading the race to sign the CSKA star, who enjoyed a fine World Cup this summer for the hosts.

But the report claims the Blaugrana have offered €30m (£26.8m) for the 24-year-old, who is seen as a secondary option for them.

Eden Hazard, Willian or Paul Pogba are the players mentioned as being under consideration in their first tier, but failure to land any of the those could lead to the Russian moving to the Nou Camp.

Chelsea to move for ‘other’ Juventus defender

Having made advances to Juventus for defender Daniele Rugani, Chelsea could target another Italian defender in Mattia Caldara.

Gianluca Di Marzio claims the Blues remain keen on Rugani, but they have also bid for Caldara, who thrived on loan at Atalanta last term.

The Blues have offered €30m (£26.8m) for Caldara, though Borussia Dortmund have outbid them by offering an additional €5m (£4.5m) in add-ons.

It could present a dilemma for the Old Lady, who already have centre-backs Giorgio Chiellini, Medhi Benatia and Andrea Barzagli, with one of the two young Italians likely to be sacrificed to help offset the enormous investment in Cristiano Ronaldo.

– Manchester City are amongst a growing group of clubs that could move for West Ham starlet Domingos Quina, with Ajax, Werder Bremen and Hoffenheim also in the running, according to the Mirror.

The 18-year-old has shone for Portugal’s Under-19s, and with just one year remaining on his deal, the Hammers might be forced into a £600,000 sale.

– Stoke have been told to pay £10m if they want to sign Huddersfield star Tom Ince. The Sun claims Gary Rowett wants Ince, whom he worked with at Derby previously, as a replacement for Xherdan Shaqiri, following the Swiss international’s £13.5m move to Liverpool.

– Arsene Wenger has emerged as a serious candidate to take over as Japan manager, according to the Mail. The outlet claims the former Arsenal boss is wanted on a long-term deal, having spent time managing Nagoya Grampus before his move to north London.

After Akira Nishino’s impressive stint as a late stand-in for Vahid Halilhodzic after his sacking months before the 2018 World Cup, Japan now want to make an ambitious permanent appointment.

– Chelsea’s forgotten prospect Mario Pasalic is to join Atalanta on loan with an obligation to buy, reports Gianluca Di Marzio.

The Croatian midfielder has travelled with Maurizio Sarri’s squad for the preseason friendly in Australia, but he is now set to leave permanently four years on and four loan moves later after joining the Blues in 2014. 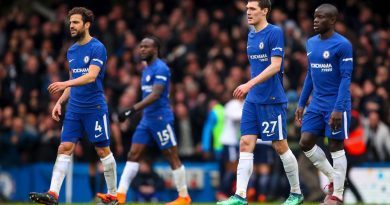 Apr 13, 2018 ayman022 Comments Off on Chelsea must win FA Cup and finish above Arsenal to rescue poor season 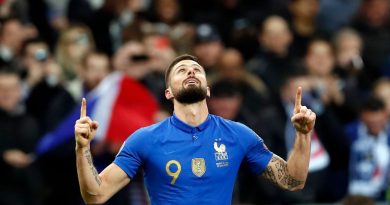 Oct 10, 2019 ayman022 Comments Off on Olivier Giroud must seize his chance with France given his limited minutes at Chelsea 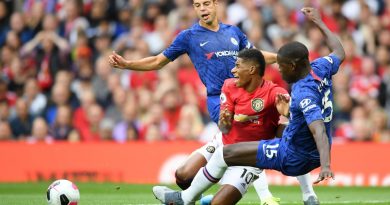