Real Madrid want to sign Erling Haaland from Manchester City by utilising a release clause that will become active in 2024 but the Premier League champions will aim to thwart the plan.

According to El Chiringuito TV, the 22-year-old striker can be signed for €200 million in 2024 due to a clause that was negotiated in his contract when he joined City from Borussia Dortmund.

However, Mundo Deportivo reveals that Pep Guardiola’s side are already working on a move to hand Haaland a new deal that would void the future clause. Given that he earns in the region of £375,000-per-week, the Citizens may have to make the Norwegian star their highest earner if they are to persuade him to stay.

Haaland scored a hat-trick against Manchester United on Sunday for a total of 14 goals in just eight games so far, just six shy of equalling last year’s Golden Boot-winning tally.

– Discussions regarding a potential swap deal between AC Milan and Chelsea for Rafael Leao could take place, according to Calciomercato. The Rossoneri are interested in both Christian Pulisic and Callum Hudson-Odoi, but it is reported that they would also want an €90m fee included as part of a deal to send Leao to Stamford Bridge. Leao, 23, has contributed to eight goals in seven Serie A appearances this season, and was on the radar of the Premier League side towards the end of the summer transfer window.

– AS Roma are confident of signing Nicolo Zaniolo to a new long-term deal, reveals Gazzetta dello Sport. Interest in the 23-year-old attacking midfielder has seen Jose Mourinho’s side move quickly to secure Zaniolo’s future. It is understood that they are now close to reaching full agreement over a new five-year deal that will see the player earn €4m-per-season until 2027.

– The race is heating up for Ajax Amsterdam star Mohammed Kudus, according to Bild. Borussia Dortmund, Tottenham Hotspur, and Everton are all linked with interest in the 22-year-old forward, who has been in impressive form this season. Kudus has scored seven goals in five starts in the Eredivisie and Champions League, and he could be available for a transfer fee of around €10m.

– Gael Kakuta is set to make a switch to Amiens, understands Radio France. The 31-year-old Lens winger has found it difficult to garner regular first team minutes this season, having made just three appearances across all competitions. Kakuta is understood to have already reached an agreement with the Ligue 2 club, where he previously enjoyed a successful spell in the 2019-20 Ligue 1 campaign.

– Victor Wanyama will leave Major League Soccer side CF Montreal at the end of the season, reports MLSoccer.com’s Tom Bogert. The former Tottenham midfielder has been a key contributor for the Canadian side since joining in 2019. 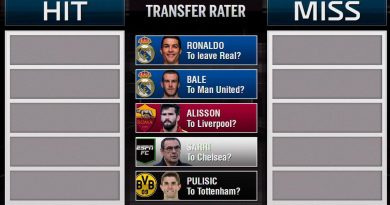 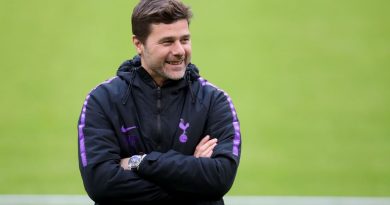 Spurs’ Pochettino: I made difficult choice to turn down Real Madrid

May 9, 2019 ayman022 Comments Off on Spurs’ Pochettino: I made difficult choice to turn down Real Madrid