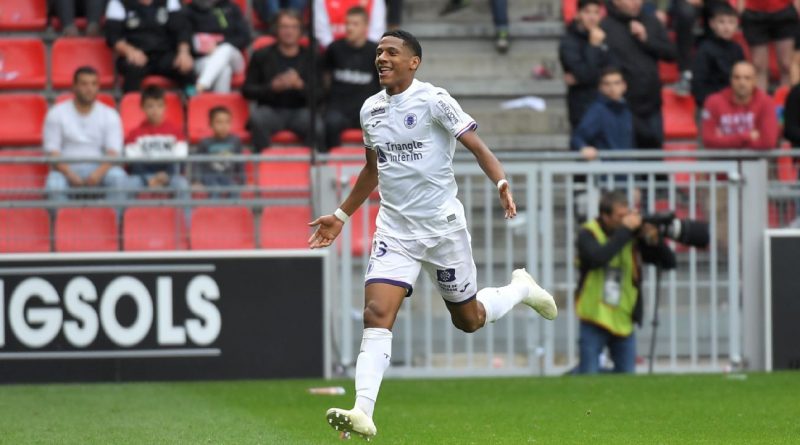 The battle between Real Madrid, Barcelona and Juventus for Toulouse defender Jean-Clair Todibo is hotting up with the Ligue 1 side agreeing a deal for a replacement.

Mundo Deportivo report Todibo, 19, is a target for Barcelona, though the Catalans will face huge competition from Real Madrid Juventus, Bayer Leverkusen and RB Leipzig.

And his exit could be imminent with Mundo Deportivo reporting that Kashima Antlers have announced a deal has been agreed with Toulouse for the sale of 26-year-old defender Gen Shoji.

23.07 GMT: That’ll do it for Saturday’s edition of Transfer Talk! Join us again tomorrow morning as we cover the hottest transfer rumors with only two more days before the winter transfer window opens!

He might have some luck in that endeavor, considering that United are now free of the chaos that marked the Jose Mourinho era.

22.06 GMT: According to SkySports, Bayern are not content with their first offer for Callum Hudson-Odoi and have returned with a second offer reportedly worth “over £20 million.”

21.13 GMT: Liverpool wants to bring Borussia Monchengladbach midfielder Thorgan Hazard to the Premier League, but football.london say that brother Eden’s club Chelsea may be jockeying to spoil the move, which could cost £31 million.

20.11 GMT: According to the Manchester Evening News, just about every big team in Italy now wants their hands on Red Devils left-back Matteo Darmian, as we can now add Inter Milan and Lazio onto the list of Serie A clubs asking about the player.

19.24 GMT: Newcastle may be bringing on some much-needed attacking help if The Mirror is to be believed. According to them, Rafa Benitez is looking for the funds to go after Leeds striker Kemar Roofe, who’s scored an outstanding 13 goals in 18 matches.

18.31 GMT: Turns out the race for Porto defender Eder Militao won’t be so straightforward for Manchester United as rivals Liverpool have expressed interest in the Brazilian ace, according to the Birmingham Mail.

Militao is available for a cut-rate £42.5 million, thanks to an early get-out clause in his contract.

17.47 GMT: According to The Independent, Pep Guardiola won’t look for a replacement for Fernandinho during the upcoming transfer window, thus refusing to change his transfer strategy.

The vital holding midfielder has been out of action since suffering an injury during training, and is uncertain to face Southampton tomorrow.

16.58 GMT: Luis Muriel could soon be making a return to Serie A with AS reporting Fiorentina are interested in signing the Sevilla forward.

Muriel moved to the Sanchez-Pizjuan from Sampdoria in 2017.

16.05 GMT: Chelsea have submitted a bid “north of €50 million” to sign Christian Pulisic from Borussia Dortmund next summer, sources have told ESPN FC

15.16 GMT: The answer to Chelsea’s problems in attack could be solves in Mexico via the Netherlands, if reports in The Express are to be believed, where it is claimed the Blues are looking at PSV Eindhoven’s Hirving Lozano.

14.30 GMT: More from Mundo Deportivo where there were reports Ever Banega could link up again with Unai Emery at Arsenal.

The Sevilla midfielder’s agent has spent the past few days in London.

13.55 GMT: The rumours of Isco’s discontent at Real Madrid won’t go away, and a report in Paris United claims PSG have made initial contact with the Spain international.

13.10 GMT: Toulouse central defender Jean-Clair Todibo is causing quite a stir across Europe with Mundo Deportivo reporting several top clubs are interested in his services.

As well as Barcelona and Real Madrid, the article reports that the 19-year-old is being watched by Juventus, Bayer Leverkusen and RB Leipzig.

12.40 GMT: Chelsea youngster Callum Hudson-Odoi is a wanted man, with the Daily Mail reporting Bayern Munich are ready to spend £13 million on his services.

Could another English prospect be on his way to the Bundesliga?

11.05 GMT: Liverpool are not set to be in the running to sign Borussia Dortmund’s Christian Pulisic in the January window, sources have told ESPN FC.

The club currently do not have plans to sign a player in his position in upcoming transfer windows, unless circumstances significantly change.

Jurgen Klopp has Sadio Mane, Roberto Firmino and Mohamed Salah as his first-choice options in attack, with Xherdan Shaqiri adding depth and impressing following his £13 million arrival in the summer. All four players committed their futures to the club with long-term contracts in 2018.

09.55 GMT: Marca reckon that Cesc Fabregas will leave Chelsea for another European team at the end of the season when his contract expires.

Fabregas, who is free to talk to sides outside England about a move from Jan. 1, will reveal his destination in the coming days after seeing his playing time reduced under Maurizio Sarri following the signings of Jorginho and Mateo Kovacic.

09.10 GMT: Ahead of the Premier League’s main game of the day, Arsenal coach Unai Emery has revealed that he passed up the chance to sign Mohamed Salah while in charge of Paris Saint-Germain — because they doubted the Egyptian was good enough to play for a top team.

Just a reminder that since joining Liverpool, Salah has scored 44 goals and set up 16 in one-and-a-half seasons in the Premier League.

Paris Saint-Germain president Nasser Al-Khelaifi has held talks with Isco’s representatives over a potential move for the Real Madrid playmaker, as per Paris United.

Isco has been heavily linked with a move away from the Spanish capital after falling out of favour under Santiago Solari. Manchester City and Chelsea are also thought to be monitoring the 26-year-old’s situation but Isco has been interested in PSG’s project since 2016.

However, fellow Spaniard Jese has reportedly told his compatriot not to join the French champions.

Bayern Munich have stepped up their interest in Chelsea winger Callum Hudson-Odoi. According to the Daily Mail, the German champions are readying an opening £13m offer for the highly rated 18-year-old, who has found first-team opportunities hard to come by under Maurizio Sarri.

However, Borussia Dortmund are prepared to rival Bayern for the teenager’s signature. Hudson-Odoi wants regular starting football and is “keeping an open mind” about his future, but the success of fellow England starlets Sancho and Reiss Nelson at Dortmund and Borussia Monchengladbach may prove advantageous for Bundesliga clubs.

Chelsea would look to include a buy-back clause if Hudson-Odoi were to leave.

Fenerbahce have opened talks with Manchester United midfielder Marouane Fellaini, according to Takvim via Sport Witness.

According to the report, the Belgian does not feature in Ole Gunnar Solskjaer’s plans and is free to leave Old Trafford.

Having been an important squad member under Jose Mourinho, the landscape at United has changed for the 31-year-old and he may join the Istanbul club despite penning a new two-year deal with the Red Devils last summer.

Dominic Solanke is set to turn down a permanent move to Brighton and join Crystal Palace on loan, according to The Guardian.

The 21-year-old is expected to leave Liverpool in January having failed to establish himself under Jurgen Klopp following his switch from Chelsea in 2017.

Although Brighton are keen to tie down Solanke on a permanent basis, Palace are leading the chase for the England U21 international. Chelsea have offered Palace Michy Batshuayi on loan, with the Blues keen to end his fruitless loan spell at Valencia, but Roy Hodgson is thought to favour Solanke over the Belgian.

The Blues have turned to Lozano in their long search for fresh striking options. Lozano, also wanted by AC Milan, has scored 11 goals in 17 Eredivisie games for PSV Eindhoven this season having caught the world’s eye with Mexico at the World Cup. Sarri is desperate to bolster his strikeforce with Alvaro Morata and Olivier Giroud both struggling to supply goals on a regular basis.

Reports in Italy claim Ogbonna is closing in on a move to Bologna. The 30-year-old has lost his place in the West Ham lineup with Manuel Pellegrini preferring a defensive partnership of Issa Diop and Fabian Balbuena. Ogbonna, who joined the Hammers from Juventus in 2015, has made just four starts in the Premier League this season and may be tempted by a return to his homeland.

Another Hammer who could be on his way out, Obiang is attracting interest from the Cottagers, who are looking for reinforcements as they try to avoid relegation. With Newcastle reportedly unwilling to sell Jonjo Shelvey, Fulham have turned their attention to the 26-year-old. Tom Cairney may head in the opposite direction in a potential swap deal.

The Toffees are one of several Premier League clubs interested in signing the Manchester United midfielder. Pereira has failed to nail down a starting place at Old Trafford and is also attracting attention from Arsenal and West Ham. The Brazilian is expected to make a decision on his United future in the coming days and, should he decide to leave, the Toffees will be ready to pounce.

Spurs are weighing up a potential £15m bid for the Norwich City starlet, who has caught the eye for the high-flying Canaries this season. Aarons, who will turn 19 in January, has established himself as Daniel Farke’s first-choice right-back, scoring twice and adding three assists in 19 appearances this season. RB Leipzig are also tracking the England U19 international. 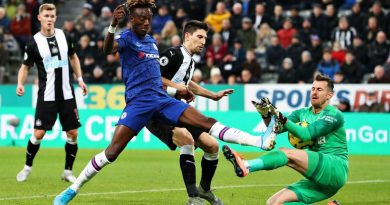 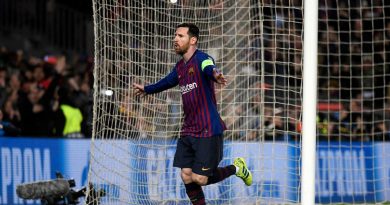 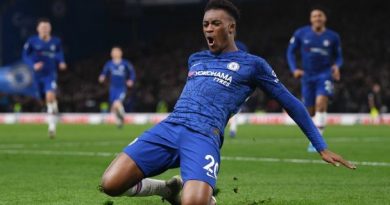