When Cobi Jones, the most capped player in U.S. men’s national team history, first got into soccer as a kid, he fit the common stereotype of the sport in America — a suburban kid from a well-off neighborhood in Los Angeles — except for one thing.

“Without a doubt, there were many times I was the only Black kid on the team,” Jones told ESPN on Tuesday. “I’d be playing other teams and there’d be no one who looks like me, and definitely no one who was coaching. I never had or saw a Black coach until I got to college and Clive Charles was in Portland.”

“It was eye-opening,” Jones added. “I look back on that and it told me the issues of the sport.”

Soccer in America has long been criticized as a sport for affluent white kids and progress since Jones’ playing days has been relatively slow. Jones retired from soccer in 2007, but players on the national teams today, like Crystal Dunn, have the same experiences of being the only person of color on their teams growing up.

So when Cindy Parlow Cone, the president of U.S. Soccer, asked Jones if he’d like to be part of a new advisory council for DEIB — which stands for “diversity, equity, inclusion and belonging” — Jones didn’t hesitate. The council includes Jones, former U.S. women’s national team striker Abby Wambach and former LA Galaxy defender Robbie Rogers, along non-athletes with backgrounds in DEIB work. It was formally announced on Wednesday, but it has been meeting virtually for months and its members chose its name: Game Changers United.

The Futbol Americas crew reacts to the USMNT’s 1-0 victory vs. El Salvador in the CONCACAF World Cup Qualifiers.

The independent, outward-facing group is the next step in efforts launched by the U.S. Soccer Federation in 2020, after the murder of George Floyd, to be more inclusive. That started inside U.S. Soccer House (the company’s headquarters is in Chicago) when employees raised concerns internally about the federation’s lack of recognition around issues involving race and ethnicity and resulted in the creation of a DEI Council comprised of Soccer House staffers. (The “B” for “belonging” was added later based on staff feedback; it’s one thing to include everyone, but another to ensure they feel welcome.)

“We’re thinking about all aspects of DEIB, whether it’s within U.S. Soccer or outward-facing toward our members,” Parlow Cone said. “How can we help our members along this journey? How can we help referees, coaches, anyone in the landscape of soccer in this country break down the barriers that exist? Obviously, this is going to be a long-term thing and we felt we needed real experts in this area, plus the athletes who have been in the game a long time to help guide our efforts.”

For Jones, the focus will be on bringing soccer to people in communities where the sport doesn’t have roots — and that in turn will mean bringing more types of people into the game even beyond playing. “The 22 players on the field are just a small part of that,” Jones said. “The coaching staff, the training staff, the people in the front office. There are opportunities for diverse groups of people to be part of this game in a multitude of ways.”

Game Changers United will help the federation identify steps the group should take and then make recommendations. But beyond that, it has no set agenda from U.S. Soccer, Parlow Cone said, meaning they won’t feel restricted by what they can and can’t do.

“I think it’s really important they have a blank slate to be able to function and to guide U.S. Soccer where we need to go,” she told ESPN. “If they think benchmarks are important for us, then we’ll include benchmarks. If they don’t think it’s as important as other initiatives they want to push forward, then we’ll go in that direction.”

The open-endedness of Game Changers United’s results may be designed to empower the group, but for U.S. Soccer’s fiercest critics, it may draw skepticism. After all, U.S. Soccer has had other diversity task forces come and go, with little to show for it. The last outside diversity task force faded away years ago when the federation stopped taking the calls from the head of the group, after it had offered U.S. Soccer a batch of recommendations no one asked for. That was before Parlow Cone or current CEO Will Wilson were in charge, but the federation’s missteps over the years — including having a 59-member Youth Soccer Task Force without a single Latino involved — have fostered some cynicism from the outside.

However, Jones, who ran for vice president of U.S. Soccer’s board in part to increase the board’s diversity and lost, said so far U.S. Soccer has shown genuine enthusiasm.

“Everything that I’m seeing right now, we have U.S. Soccer’s support,” he said. “There has been positive feedback from U.S. Soccer and engagement in asking what’s going on — they’ve been very excited to see the ideas we’re coming up with.”

“We don’t want to just check a box,” Jones added. “It is about actionable items. It’s extremely important to me that there is teeth to it and we’re actually going out and doing something.”

Parlow Cone added there are direct links between Game Changers United and the federation to ensure it won’t fade away like past efforts. U.S. Soccer board member Patti Hart will oversee Game Changers United, while members of U.S. Soccer’s internal DEIB council will be staff liaisons for the outside group as well. If the group works the way everyone hopes, its work will never really be done, as issues like discrimination, racism and exclusion don’t ever go away; they just change. When U.S. Soccer created its internal staff council for DEIB, they vowed it would transform the federation’s culture — no small task.

It’s no surprise, then, that it’s all still a work in progress. The federation has taken outward steps including its One Nation initiative, which has offered free coaching courses in underserved communities. Internally, a staff survey is due in February, Parlow Cone said, and while she’s confident the federation has made progress in some areas, others may arise needing more focus. Meanwhile, Game Changers United should get some guidance soon from a study the federation commissioned with the U.S. Soccer Foundation and other stakeholders to better understand the barriers that prevent kids from taking up soccer — whether they are demographic ones or down to something else.

Parlow Cone said she’s seen the preliminary results and it should become public next month. By March, she said, the federation wants to start acting on what the study finds. Action is exactly what Jones expects out of the new council.

“Putting forth the recommendations to U.S. Soccer and actually seeing steps being made in the right direction is extremely important,” he said. “I don’t want to be part of something just to say I was part of it.”

He added: “We’ll have to see the proof in the pudding.” 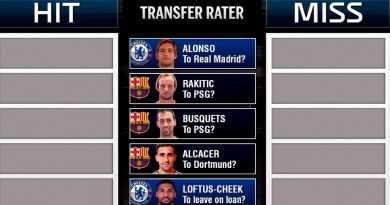 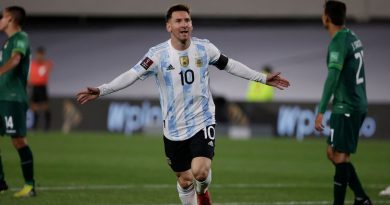