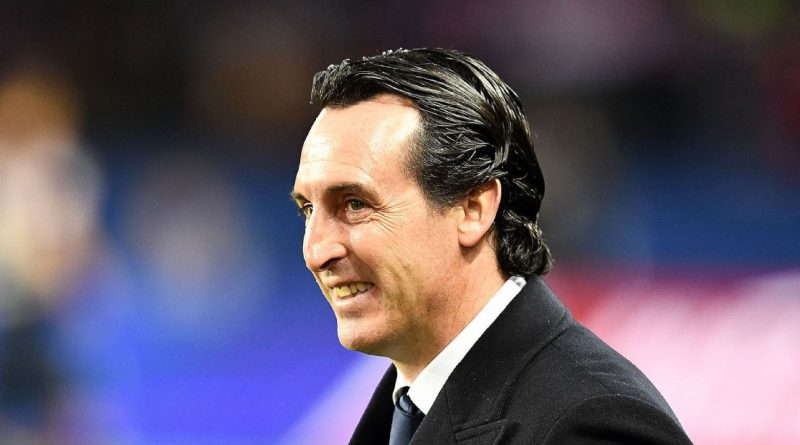 The shock news emerging on Monday indicates that Arsenal are on the verge of appointing as their new head coach a man who won a clean sweep of all four domestic competitions available to him last season. In two seasons at Paris Saint-Germain, in fact, Unai Emery managed to win seven trophies — as many as Tottenham have managed in 38 years. So why are so many Arsenal fans so uneasy at the prospect?

There are many reasons, but prime among them is the fact that having come to terms with a wildly imaginative and fairly reckless move to make the untested Mikel Arteta Arsene Wenger’s replacement, Emery simply doesn’t quicken the pulse in the same way. Appointing a Spaniard with far more managerial experience and a creditable body of work in two countries is much more sensible. To put it bluntly, sensible isn’t sexy.

If plenty of fans were alarmed by the prospect of appointing Arteta, it is probably fair to say that many more were ready to invest emotionally in the appointment, to go along for the ride with a man who was a former captain of the club. If the sceptical early response to Emery holds, then he is unlikely to be given such a soft landing when the season starts. If you shun the exciting project to go with the safe pair of hands, then you need results to go your way.

The scepticism is understandable. Emery won three Europa League titles at Sevilla between 2014 and 2016 and worked wonders on a small budget, but he never really threatened to make an impact in the higher reaches of the league, finishing fifth, fifth and seventh. The money available to Arsenal will also be limited — £50 million, according to widespread reports — but the brief will very much be to finish back in the Champions League places in what is a more competitive league than La Liga.

Emery of course won the French title this season, but he notably failed to do so in his first season in France, as Monaco took the title in 2016-17. With the huge financial advantage enjoyed by the Parisians, it was a bitter disappointment, and with the deepest pockets in football, the success he did enjoy in France arguably comes with an asterisk. Indeed, for some, the lingering memory of his time in Paris will be the Champions League disappointments that convinced the club to replace him with Thomas Tuchel this summer.

These are all good reasons to furnish Arsenal fans with cynicism as they learn of the completely unexpected turn Ivan Gazidis and Stan Kroenke have made. Certainly, Emery is no football revolutionary who is going to redesign the game as Wenger once did — and as Arteta might have, in the minds of the more romantic and optimistic supporters. But with 10 trophies to Emery’s name in his career, he has plenty to commend him.

Beyond the immediate sense of deflation, why might this be a prescient move by Arsenal?

There are a number of practical concerns at play. Firstly, it must be acknowledged that it erases some of the grand uncertainty of appointing a complete novice to the role. Secondly, there are suggestions that Arteta was showing some resistance to the restrictions that would be placed on his power within Arsenal’s new management structure. Emery, by contrast, famously excelled while working under a director of football, Monchi, during his time at Sevilla and is unlikely to have any qualms about assuming a head-coach role working with head of recruitment Sven Mislintat and head of football relations Raul Sanllehi.

It is the coaching factor that is the greatest argument for Emery. His style of football isn’t particularly distinctive, but he has a strong track record of improving players. During his time at Sevilla, he had a reputation for obsessing over video analysis and providing his players with detailed files about upcoming opponents. This has been a quality severely lacking in recent seasons at Arsenal.

Wenger belatedly discovered some tactical flexibility when he switched to a back three for the final two months of the 2016-17 season, and there were sporadic occasions when Arsenal seemed to tailor their approach to negate their opponents: a 2-0 win at Manchester City in January 2015, a 2-0 home win over Bayern Munich in October of the following season and a 0-0 draw at Chelsea in September 2017 all spring to mind.

But in truth, these are outweighed by all the matches in which Arsenal committed basic errors and didn’t seem to have done their homework. Wenger always prioritised playing to Arsenal’s strengths at the expense of worrying too much what the other side would do. It was a recurring motif of the era of wastage, and if Emery can impose structure, tactical aptitude and preparatory rigour on this team, then there is no reason that Arsenal can’t improve by a significant degree next season.

It’s not an appointment that will change the world, and Emery is clearly not as exciting a prospect as Arteta, if only because the latter’s total lack of experience meant he was a blank canvas for supporters to project their hopes onto. But Emery is a serious coach with a serious career. This has to be considered a serious appointment. 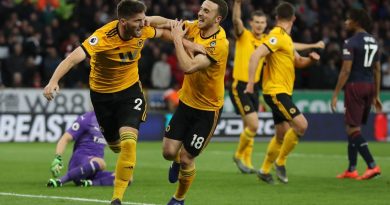 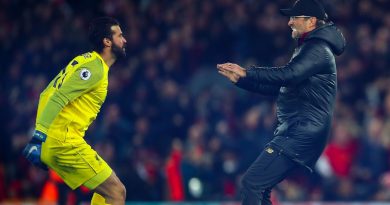 Funniest moments of the Premier League season so far

Dec 31, 2018 ayman022 Comments Off on Funniest moments of the Premier League season so far