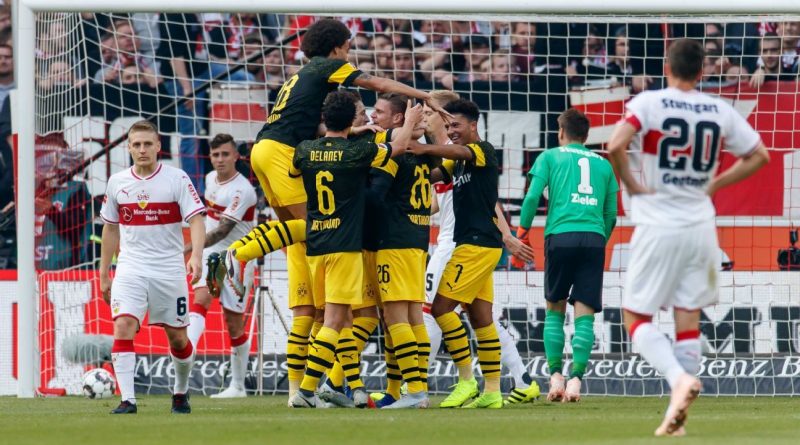 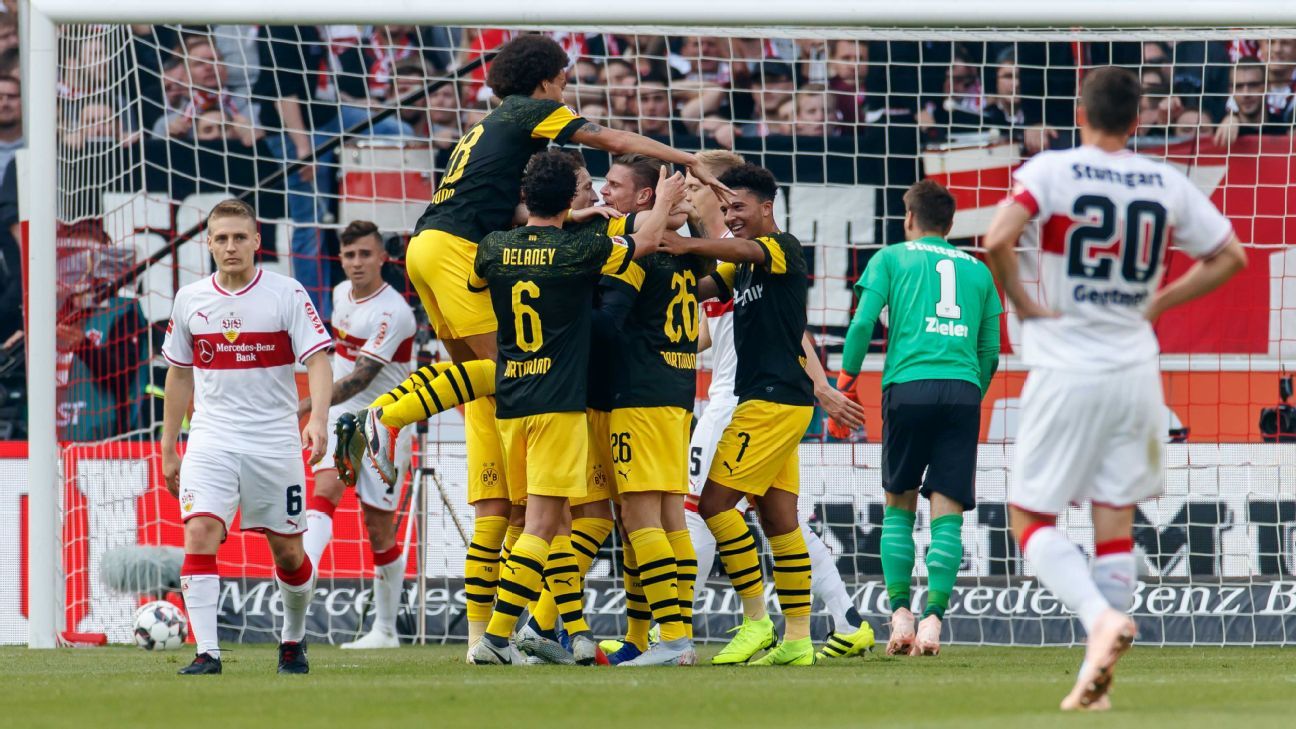 Borussia Dortmund struck three times in the opening 25 minutes to beat hosts VfB Stuttgart 4-0 away on Saturday and protect their four-point lead at the top of the Bundesliga.

Jadon Sancho put them ahead with a deflected effort in the third minute before Marco Reus launched their attack for the second goal and finished it off with a fine shot in the 23rd.

Spaniard Paco Alcacer continued his spectacular scoring run two minutes later to notch his seventh league goal this season and become the first Bundesliga player to require just 106 minutes of playing time to do so.

Stuttgart, in 17th place, attempted to force their way back into the game early in the second half but quickly ran out of ideas before Dortmund took control again.

Maximilian Philipp completed the rout in the 85th minute to become Dortmund’s 14th scorer in eight league games this season. The Ruhr valley club has also scored 27 goals so far, a club record after eight games.

Dortmund, who earned their fourth straight league win, are on 20 points, four ahead of champions Bayern Munich, who are in second place. 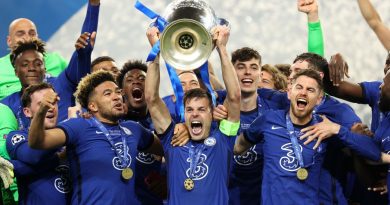 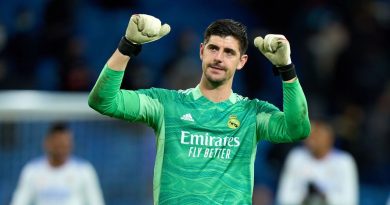 Dec 3, 2021 ayman022 Comments Off on Real Madrid’s Thibaut Courtois is undervalued but key to club’s success