MADRID — If you hadn’t known that Sunday’s match between Atletico Madrid and Real Madrid was “El Derbi Madrileño” you still might’ve guessed something was up.

A tense, chippy affair ended in a 2-1 win for Real Madrid, who stay perfect in LaLiga this season amid jeering for Vinicius Junior from Atletico’s fans.

Goals from Rodrygo and Federico Valverde put Real ahead early, and a goal from Atletico’s Mario Hermoso followed by a red card eight minutes later didn’t do much to help the hosts cause.

Here is ESPN’s Alex Kirkland with reaction and analysis from Madrid.

It’s happened fast, but this season already feels like the beginning of a new era at Real Madrid, with Rodrygo (21 years old), Vinicius Junior (22) and Fede Valverde (24) as this team’s new stars.

It’s a process that began during last year’s Champions League run and is now impossible to ignore. One or more of Rodrygo, Vinicius and Valverde have scored in each of Madrid’s last seven games — Rodrygo’s opener made it three league games scoring in a row for him — and together they sum up this fast, direct, clinical Madrid team.

Veterans like Luka Modric and Toni Kroos are still very much present — both were excellent against Atletico — and of course Karim Benzema will come back into the team when he returns from injury. But this was a night that was all about Madrid’s vibrant, irrepressible front three.

After a positive start from Atletico, it was Rodrygo who opened the scoring, firing Aurelien Tchouameni‘s floated pass beyond Jan Oblak, and when Vinicius’ low shot hit the post and rebounded across goal, Valverde was there to make it 2-0 and effectively end the contest, despite Atletico’s late fightback. Amid all the noise of a frantic Madrid derby, those two moments of quality made the difference.

The footage of a group of Atletico Madrid fans singing full-throated “Vinicius, you’re a monkey” outside the Metropolitano stadium before this game was sickening, dispiriting and, unfortunately, nothing new.

Atletico’s hardcore group of ultras, the Frente Atletico, have been guilty of such incidents on numerous occasions before — both inside and outside the ground — and the club have failed to take decisive action, despite receiving punishments from UEFA. Until the Atletico do whatever is necessary to deal with this, including lifetime stadium bans if those responsible can be identified, it will continue to happen.

Vinicius’ response to racist criticism of his goal celebrations this week was an eloquent, word-perfect statement on the issue and here he was able to respond on the pitch. When Rodrygo scored, Vinicius was first across to join him in what felt like a very deliberate dance on the touchline, and he was then the catalyst for Real Madrid’s second goal with a trademark run down the left.

After the match, Vinicius Junior posted a photo of his celebration with Rodrygo along with the caption, “Dance wherever you want.” Keep dancing, Vini.

It had become a running joke so far this season: By the 62nd, or the 63rd, or the 64th minute, here comes Antoine Griezmann — the super-sub who coach Diego Simeone loves, but couldn’t start — as Atletico Madrid sought to avoid activating the appearance-based clause that would force them to pay Barcelona €40 million to make his loan deal permanent next summer.

This wasn’t just any game though. This was the Madrid derby, and so Griezmann did start. And he started quite well. Playing alongside Joao Felix in attack, it was Griezmann who was arguably Atletico’s liveliest player in the first half, often dropping deep to get involved in play.

When the time came for Simeone to make changes in the second half, with Atletico chasing the game, it was Griezmann who stayed on. Just don’t be surprised to see him back on the bench next time.

Another week, another goal. Keeps getting better and better. Arguably the most in-form midfielder in Spain right now.

Always looks like the weakest link in Atletico’s defence.

The Madrid derby was chippy from the opening whistle, and it didn’t take long for tempers to flare up.

But Rodrygo kept his cool and found the opening goal from a beautiful one-time strike after a perfectly weighted ball from Aurelien Tchouameni.

He proceeded to celebrate by dancing with Vinicius Junior, who over the past week has had to put up with disgusting racist attacks over his own dance celebrations.

RODRYGO SCORES AN ABSOLUTE BEAUTY AND DANCES WITH VINICIUS 🤩🕺 pic.twitter.com/aekxsvMsZd

Real Madrid kept rolling after that, and Federico Valverde doubled their lead.

Atletico’s Mario Hermoso later pulled one back, but it only did so much as Hermoso earned a second yellow card not long after.

After the match: What the managers said

Real Madrid defender Dani Carvajal: “We’re very happy. We came here to win. I think we played a really good first half, especially the first 30 minutes, we took our two chances. In the second half we didn’t have as much of the ball to hurt them. We were comfortable at 0-2. It got more complicated at the end but they’re three points.”

Atletico Madrid goalkeeper: Jan Oblak: “It leaves a bad taste. We’ve lost the derby, we’ve lost a very important game. I don’t think we were so bad, we didn’t deserve the defeat, but that’s football, they took their chances and we didn’t. The feeling is always bad when you lose. We’re all sad.”

Atletico Madrid: Atletico will have less than seven days to prepare for their trip to Sevilla, taking on Julen Lopetegui’s team on Saturday, Oct. 1 at 12:30 p.m. ET.

Real Madrid: Los Blancos will return to the comforts of the Bernabeu on Sunday, Oct. 2 when they host Osasuna at 3 p.m. ET. 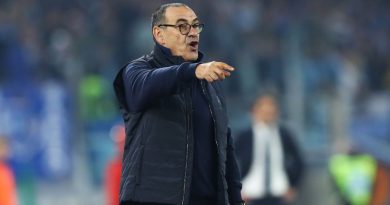 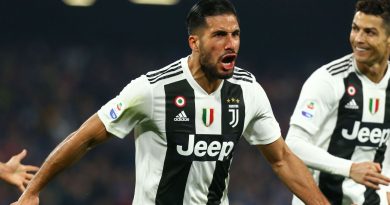 Oct 18, 2019 ayman022 Comments Off on Man Utd monitoring Emre Can, cool off on Mario Mandzukic – sources 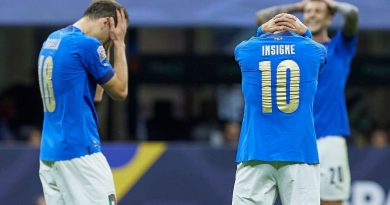 Yellow-card amnesty set to save 107 players from suspension

Nov 19, 2021 ayman022 Comments Off on Yellow-card amnesty set to save 107 players from suspension