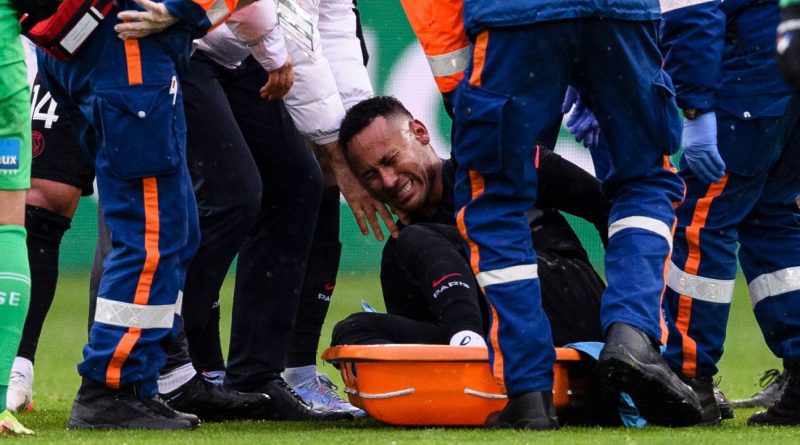 At least he’s really familiar with the place now. Once again, as has happened so often since he moved from Barcelona to Paris Saint-Germain in the summer of 2017, Neymar will travel to Doha, Qatar, to rehab his left ankle injury at the Aspetar clinic. It is the sixth time in the last four years that he’s suffered an injury that requires so much specialist treatment and attention (hence going to Aspetar) and will keep him out for a number of weeks.

This time, the incident that did it was one of bad luck. During Sunday’s 3-1 win at Saint-Etienne, defender Yvann Macon went for a tackle, missing both Neymar and the ball, but the Brazil forward stepped on Macon’s ankle and twisted his own in the process. The ankle ligament has been damaged, and he’ll be sidelined for up to eight weeks.

Neymar’s injury issues are well-documented. The first two were serious as he suffered metatarsal fractures in his right foot; the first one in February 2018, barely six months after arriving in Paris, ended his season (he missed 16 games in total), while the second one a year later, in January of 2019, saw him miss another 19 games, recovering to play a part in the final three weeks of the campaign. A year ago, Neymar injured his left ankle, missing five weeks and five games for that one. He was out of action for two months and nine matches when he hurt his groin in Feb. 2021, and before that, he’d torn right ankle ligaments playing for Brazil, which kept him out for three months (June-September, 2019).

In total, if you add these injuries along with all the assorted minor niggles, Neymar has missed 91 matches for PSG so far. It’s always been a talking point, especially for a player who was rarely injured in the four years he spent at the Camp Nou, during which he only missed 29 games.

So what’s happened? For a start, he’s getting older. Neymar turns 30 in February and considering he started playing professional football when he was 16, he’s already carrying 14 years of efforts, intensity, knocks, kicks and general pain. He has probably played too much already, his body now more fragile than ever. The accumulation of injuries doesn’t help.

If we look again at Neymar’s litany of issues, they very often impact the same parts of his body: foot, metatarsal, ankle, groin, the same areas that never fully heal and more likely to get hurt again. This is of course a worry, and PSG are trying to find a way of preventing these injuries as much as possible. They have to look after Neymar’s body as much as they can, and he needs to help them too. All the invisible work — things like recovery, rest, nutrition — will be more important than ever now for the No. 10. After all, he’s entering a critical part of his career.

In May, Neymar finally signed a new contract until 2025 at PSG, with the option of an extra year. That’s a long time, and to make the most of these years to come, his fitness will be key. He is aware of it; he reportedly didn’t like the criticism over his excess weight in the summer. It took him a while to get back to peak fitness, and to be the best version of himself on the pitch as well. Just when he was hitting that form, the injury happened against Saint-Etienne.

Within Neymar’s entourage, there’s a feeling of bad luck when it comes to what the forward is going through, yet PSG are not worried. They hope Neymar will be back, fully fit and ready to go for the key games in the Champions League — the first leg of their last-16 game will be Feb. 15 or 16, the second leg on Feb. 22 or 23 — and in Ligue 1 (they visit Lille on Feb. 6). In the meantime, Mauricio Pochettino will have to do without him.

Could this be a welcome opportunity to try something different? The PSG manager could simply replace Neymar with Angel Di Maria, but he could also try and get more balance in his team and play a 3-5-2 now that Sergio Ramos is back, with Kylian Mbappe and Lionel Messi — the No. 3 and No. 1 forwards respectively in the ESPN’s FC 100 for 2021 — up front. Or maybe, even a 4-4-2, with a diamond midfield and Messi behind Mbappé and Mauro Icardi, or a flat 4-4-2 with Messi up front with the French star.

There are many options for Pochettino and PSG, with Neymar now forced to watch from the stands and see how his team does without him. There’s no doubt Neymar will be missed; unfortunately, his team is used to it. 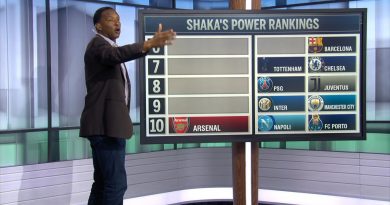 Mar 19, 2021 ayman022 Comments Off on Man United could face Roma/Ajax in semifinal 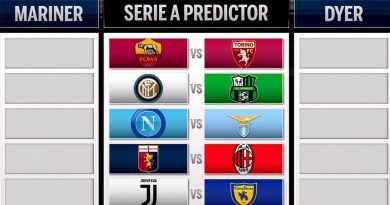